When websites that you have grown accustomed to for years suddenly change their design, it often gets confusing. You have to re-learn how to use it which is quite a chore. Twitter, […]

KeePass is a powerful password manager for the desktop that is available for Windows officially and through forks for other operating systems as well. I used to use online password managers like […]

IntelTechnologyAccessService.exe taking up all the memory? Here is a fix

Recently, I noticed that a process calledÂ IntelTechnologyAccessService.exe was taking up all the memory that it could get on a PC running Windows 10; this resulted in programs like Firefox dropping tabs because […]

Use F8 in Microsoft Word to select text quickly

by Martin Brinkmann on February 11, 2019 in Microsoft Office, Tutorials, - 9 comments

Why is quitting Skype so difficult on Windows 10?

Skype is still a popular application, especially on Windows 10 and in business environments. While I cannot say that Microsoft does its best to improve Skype and increase the application's popularity, it […]

by Martin Brinkmann on January 28, 2019 in Tutorials, Windows tips, - 5 comments

The following guide demonstrates how to disable auto suggest functionality in Windows Explorer (File Explorer) and the Run box on Windows devices. When you type something in Explorer's location field, suggestions are […]

How to change the PIM of a VeraCrypt volume

How to merge multiple Word documents

by Martin Brinkmann on November 21, 2018 in Microsoft Office, Tutorials, - 4 comments

Locking the mouse on a dual monitor system

Dual monitor systems offer many advantages over single monitor setups. It is easy to connect two or even more displays to a computer provided that the hardware is capable of it. You […]

Replacing Notepad with Notepad++ in Windows

If you want to find specific text in files, in a command line output or elsewhere, you may use the findstr command on Windows to do so. Findstr is a built-in tool […]

DiskCryptor has been my go-to program on Windows when it comes to encrypting entire hard drives and the system partition since 2012. Development stopped, however, several years ago. While the program works […]

How to remove Malwarebytes

The following tutorial teaches you how to uninstall Malwarebytes, formerly known as Malwarebytes Anti-Malware, for Windows and Mac OS, from a computer system. Malwarebytes is a security software that protects the computer […]

How to open Gigabyte-sized text files on Windows

When you try to load a Gigabyte-sized text file on Windows, you will find out quickly that the default programs that Windows ships with are not suited for this. While most users […]

Using LibreOffice as a PDF Editor

LibreOffice is a powerful open source cross-platform Office suite that works in many regards just like Microsoft Office. While you can use LibreOffice apps to edit spreadsheets or Word documents, you may […]

Improve the performance of Windows PCs with Nvidia hardware

A video on YouTube, Twitch or Facebook stutters? You experience frame drops in your favorite game or video chat, or notice other performance issues on your system? While old or less capable […]

It is quite easy to set up virtual machines using VirtualBox and other virtualization programs. You configure a few parameters such as disk size or memory, select an ISO image of an […]

Win32 programs have a lot of flexibility when it comes to the installation process. Programs may install in various directories, may write to the Registry, or run on system start without asking […]

The Windows operating system comes with plenty of built-in tools to analyze resource usage. The most prominent one is probably the Windows Task Manager, as it highlights resource usage of individual processes, […]

Microsoft Office uses the language of the system to display interface elements usually. That's usually what users of the program want, but some users may want it to use a different language […]

For about a week now, I experienced an issue when double-clicking on Excel spreadsheets to load them in Microsoft Excel 2016. Excel would open as expected, but instead of loading the selected […]

Fix "This app can't run on your PC" on Windows

How to convert Windows installations to virtual machine images

There are quite a few use cases for wanting to convert a Windows installation to a virtual machine image; maybe you want to run tests on the virtual image afterwards, for instance […]

How to remove comments and other data from Word documents

by Martin Brinkmann on October 11, 2017 in Microsoft Office, Tutorials, - 1 comment

Microsoft Word's commenting system is quite the useful addition to the program. You can use it to keep track of things that need to be done, add reference or additional information, or […]

Adding a table of contents to a Microsoft Word 2016 document is not a complicated process. Still, if it is your first time doing so you may find it helpful if the […]

An index can improve the accessibility of a book or document tremendously, as it lists important words and phrases, and the page numbers they are referenced on. I'm writing my first book […]

Accessing your Linux server from within Microsoft Windows

In a previous article we discussed how to start up a basic web server with nginx and get a primitive webpage online, however, what if we are hosting our website on a […]

Install only the driver for Nvidia graphics cards

When it comes to drivers for Nvidia graphics cards, most computer users probably either use the drivers that are included with their operating system, or install a driver package for the card […]

How to remove extra iTunes components on Windows

When you install Apple's iTunes software on Windows, a lot of extra components are installed automatically with no option to prevent this from happening. The most recent version of iTunes at the […]

Fix The program can't start because api-ms-win-crt-runtime-l1-1-0.dll is missing

Safe Mode is a diagnostic mode of the Windows operating system including on Windows 10. It is a troubleshooting tool intended to fix many problems that you encounter when you run the […]

Windows Boot Manager, abbreviated as BOOTMGR is a small piece of software that initiates the Windows boot sequence. Bootmgr is loaded from the volume boot record. It executes winload.exe (Windows boot loader) […]

A comparison of GPT and MBR partition structures

Have you ever wondered how a computer boots up? Regardless of hardware or operating system, all computers start up using either the traditional BIOS-MBR or the more recent UEFI-GPT method employed by […]

If Malwarebytes blocks legitimate processes, do this

Malwarebytes 3 may block legitimate processes or functions, such as saving files, on Windows PCs. When I started a PC running Windows 10 Pro today for instance, I got some strange error […]

If you check the list of installed programs on a Windows PC that you have used for some time, you may notice that it has several, often a lot, Microsoft Visual C++ […] 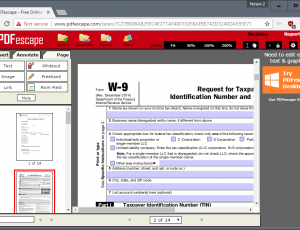 How to edit PDF documents for free

The following guide provides you with information on how to edit PDF documents using tools that are available for free online or as desktop programs. The PDF file format, originally created by […]