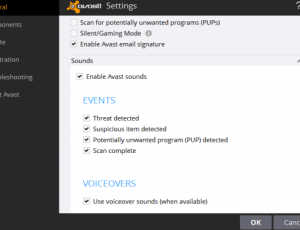 How to disable Avast's annoying sounds and voiceovers

It's the first day of 2017: Time for PC maintenance

Now that we have made it successfully into 2017, even with that leap second scare and all, it seems like a good time to run maintenance related tasks on your PC to […]

If you have bought a computer in recent years, chance is you run a 64-bit version of Windows on it. While Microsoft is still producing 32-bit copies of Windows 10, those are […]

It is relatively easy to merge a video and an audio stream on Windows provided that the source files are not too obscure. I made the decision recently to try a couple […]

How to monitor Spotify resource usage on Windows

Spotify is a popular music service that is available as a web version, desktop clients and as applications for various platforms. Some Spotify users noticed back in June that the client was […]

Telemetry -- read tracking -- seems to be everywhere these days. Microsoft pushes it on Windows, and web and software companies use it as well. While there is certainly some benefit to […]

The following guide provides you with three methods to clear the Windows Clipboard from content that it holds at the time. Microsoft has not improved the clipboard functionality of its Windows operating […]

Use Notepad++ to find text in all files of a folder

Notepad++ is quite the versatile text editor for Windows even if you ignore the program's plugin system for a moment which extends it even further. One of the features that I make […]

The following guide explains how you can stick your favorite programs and applications to the top of the program listing in the Windows 10 start menu. Microsoft's Anniversary Update, released on August […]

You are asked to enter an account password on most Windows 10 machines before you get access to the operating system. Windows 10 users may choose a variety of authentication options: from […]

Fix Sync icons not showing up in Explorer

Many file synchronization services display overlays on icons that indicate a file's or folder's sync status. This is useful as it provides direct information on whether files are available on the local […]

If you are running your Windows computer on a high resolution display, for instance one of those brand new 4K displays, you may have noticed that some text does not scale well. […]

File History is a useful feature of recent versions of the Microsoft Windows operating system that backs up files regularly when enabled. You may want to check out our how to use […]

How to migrate from Evernote to OneNote

The following guide walks you through the process of migrating all of your Evernote notebooks to Microsoft's OneNote service. Evernote's recent announcement that it would limit basic users to syncing two devices, […] 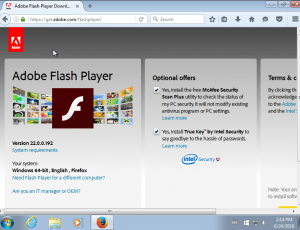 How to remove True Key by Intel Security

Microsoft's Start Menu troubleshooter has been designed to fix start menu problems that you experience when running devices with Windows 10. While the start menu may have lost some of its appeal […] 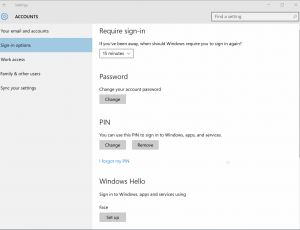 Microsoft's Windows 10 operating system supports a whole array of biometric login and authentication options. Instead of having to log in typing a username and password, Windows 10 users can use their […]

Microsoft XPS Document Writer is a printer that is installed on all recent versions of the Microsoft operating system by default. The printer enables you to create XPS documents that use the […]

If your PC does not turn on anymore, try this

I'm not a hardware guy. While I'm capable of building a PC from scratch by selecting compatible components and putting it all together, I'm only interested in hardware when I'm about to […]

How to customize This PC on Windows 10

Microsoft's Windows 10 operating system provides virtually no option to change what the "This PC" in File Explorer displays. The menu displays all drives by default as well as default system folders […]

The default Windows Registry editor, much like many other default programs that ship with the operating system, is functional but severely lacking when it comes to features that it provides. Search for […]

The Microsoft Enhanced Mitigation Experience Toolkit, short EMET, is an optional download for all supported client and server versions of Microsoft's Windows operating system that adds exploit mitigation to the system's defenses. […]

The boot drive of my main PC has been a 128 Gigabyte Crucial m4 Solid State Drive for a long time. While that worked out well up until now, I always had […]

There seem to be two camps of users when it comes to Malwarebytes' Anti-Malware application for the Windows operating system. Some users swear on it and believe it is one of the […]

I have received the error message "Java update did not complete. Error Code: 1603" for months whenever I tried to update the Java installation on a PC running Windows 7 Professional 64-bit. […]

How to test Windows software in a secure environment

As a Windows user, it is always good to be extra cautious when it comes to running programs on Windows PCs as a single-click may cause all kinds of troubles. While malware […]

How to burn data across multiple discs

Some burning programs support the burning of data across multiple discs. This can be useful if you want to burn data that does not fit on a single optical disc as it […]

How to burn mkv video files to DVD

The following guide provides you with a simple straightforward way to burn one or multiple mkv video files to DVD. Most solutions that you find on the Internet that describe how to […]

I work in IT Support in a company where our users don't have administrator rights. As per my job, I have to constantly access part of the operative system that require Administrator […]

Find out why some blank DVDs need formatting apparently when you are trying to burn data on them even though they are not rewritable or recordable discs. I bought a new batch […]

The popular data recovery software TestDisk and its photo recovery pendant PhotoRec have both been released as version 7 yesterday. TestDisk, available for Windows, Linux and Mac systems, is a powerful tool […]

Microsoft will ship Windows 10 later this year and with it comes an offer to upgrade existing versions of Windows to the operating system for free. Since the majority of Windows users […]

How to block wisptis.exe from running on Windows PCs

Wisptis.exe, the Microsoft Pen and Touch input component, is a process that may be running on your system even if it is not connected to a touch screen or has no pen […]

How to verify that system drivers are digitally signed

Device drivers are important files as they allow you and the operating system to interact with hardware connected to the system. Drivers, just like executable files, can be digitally signed to improve […]

Use Audacity to generate and save white noise audio files

White noise can be quite useful at times, for instance as a sleep or relaxation aid to mask other noises that may keep you awake or on edge. Solutions vary a lot […]

Find out which RAM your computer supports

Terminate multiple programs from the command line with Taskkill

Not all program termination options work all the time. If a program is not responding, you may not be able to use the window close button to terminate it. The same may […]

Detect and Remove EpicScale from your Windows PC

EpicScale is a Bitcoin mining application for Windows. It can be installed as a separate application but comes bundled with programs as third-party offers as well. The program has come to some […]

How to turn off birthday notifications on Google and Facebook