You are here: Home > Companies

If you need the latest tech and software news from various companies, you can find them in this listing. There are several brands you can browse, with top features and apps for a quality customer experience. Ensure you don’t miss any updates.

Just when you were getting acquainted with the brand-new Mac Studio desktop and its capabilities, rumors of it getting axed by Apple are popping up. In case you didn’t know, this 2022 […]

If you’re an Apple enthusiast and think the current iPhone offerings aren’t enough, you might be in luck. As it turns out, a new iPhone might be in the works and set […]

According to a report from The New York Times, Microsoft is confidently anticipating opposition from the UK's Competition and Markets Authority (CMA) regarding its proposed acquisition of Activision Blizzard. The report in […]

Did Google Just Increase The Font Size Of Google Search?

Meta updates its ad policy: It should now be better for teens and less discriminatory

Meta has announced two major changes in its advertising that could be good news for teenagers and those who may feel like Meta’s algorithms have overlooked them in the past. The company […]

Meta’s ad model may be about to change

While Meta may seemingly be unaware of its tarnished reputation when it comes to privacy, and happy to push invasive facial recognition protocols for seemingly benign reasons, the EU Data Protection Board […]

Facebook has been so beset by scandals that founder and CEO Mark Zuckerberg rebranded Facebook Inc. to Meta. Sure, the official reasoning for the rebrand was to get a jump on the […]

Just when you were getting acquainted with the brand-new Mac Studio desktop and its capabilities, rumors of it getting axed by Apple are popping up. In case you didn’t know, this 2022 […]

If you’re an Apple enthusiast and think the current iPhone offerings aren’t enough, you might be in luck. As it turns out, a new iPhone might be in the works and set […]

Apple recently released the iOS 16.3 update. In the past, this was usually followed by the beta release of the next update within a day or two. Users were expecting the beta […]

According to a report from The New York Times, Microsoft is confidently anticipating opposition from the UK's Competition and Markets Authority (CMA) regarding its proposed acquisition of Activision Blizzard. The report in […]

Microsoft recently announced that Microsoft Office 365 is ready for the cloud. They have created a secure environment with the Government's secure cloud. Microsoft claims that the new release comes with a […]

Microsoft is planning something big and appears to be re-establishing itself as a groundbreaking company. While Google has ruled the roost for a long time when it comes to innovation, Microsoft is […]

News emerged last year that Microsoft would be at the center of an antitrust probe. This was due to a complaint filed by Slack with the European Commission (EC). Slack had complained […]

In a recent development, Amazon has warned its employees not to talk to OpenAI’s ChatGPT chatbot. The reasons behind the warning are quite surprising and have more to do with the lawsuits […]

Unfortunately, rumors are true. Amazon discontinues AmazonSmile, its charitable donation program. What led to this decision is probably connected to the layoffs of 18 000 employees who worked for Amazon. Stay here […]

Ads have been a fundamental part of the Web 2 experience. Pretty much all of the major web sites, products, and services are built, at least in part, off the profits they […] 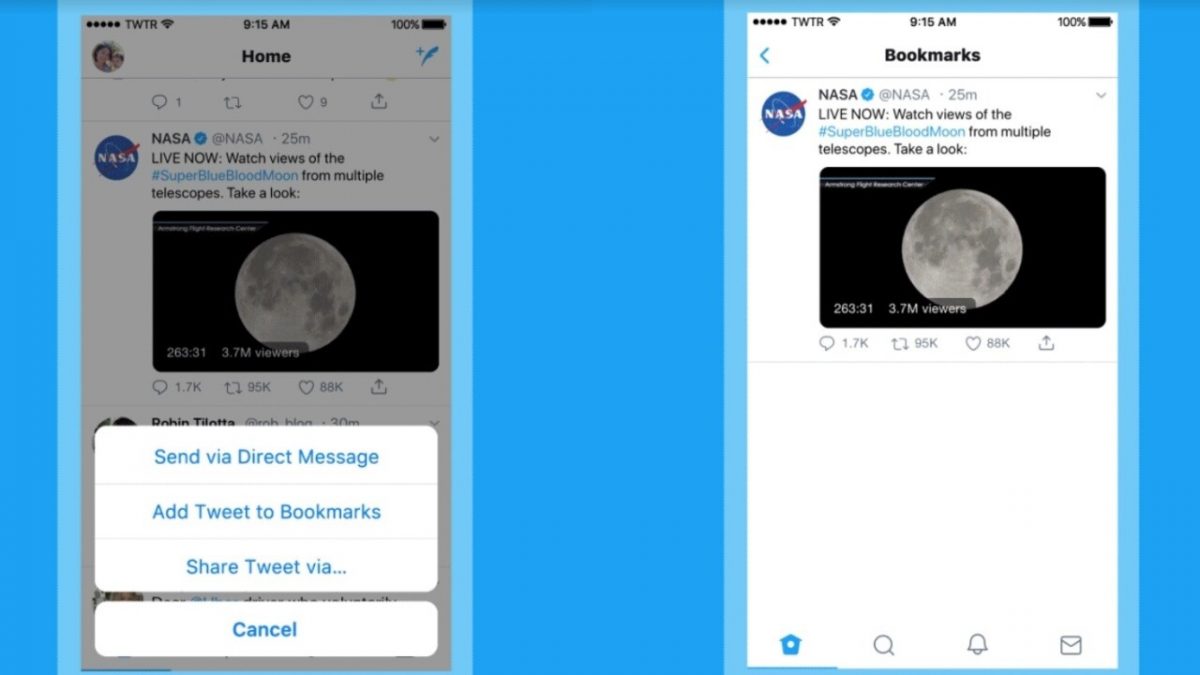 Twitter is now rolling out a feature on iOS that allows users to easily save tweets. The new design displays the bookmark button under the expanded tweet view, making it more convenient […]

Over 200 million email addresses were copied from Twitter in early 2023. News of the leak broke when the email addressed turned up in a hacking forum. Active Twitter users and those […] 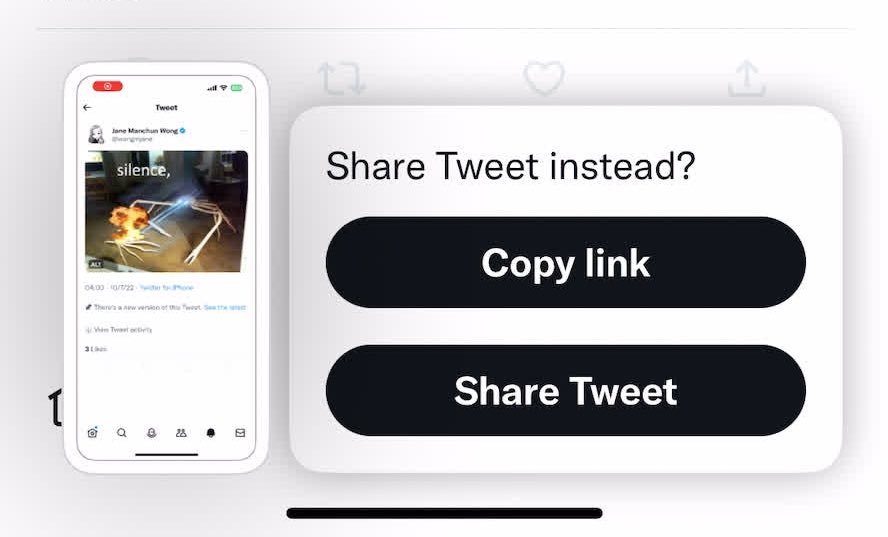 FreeTube is an open source cross-platform client for YouTube that promises better functionality and improved privacy. The free application is available for Windows, Linux and Mac devices. Windows users may download a […]

Google announced the rollout of a new design on its YouTube website today. After gathering input from "thousands of viewers around the world", Google decided to give YouTube a "cleaner, more lively […] 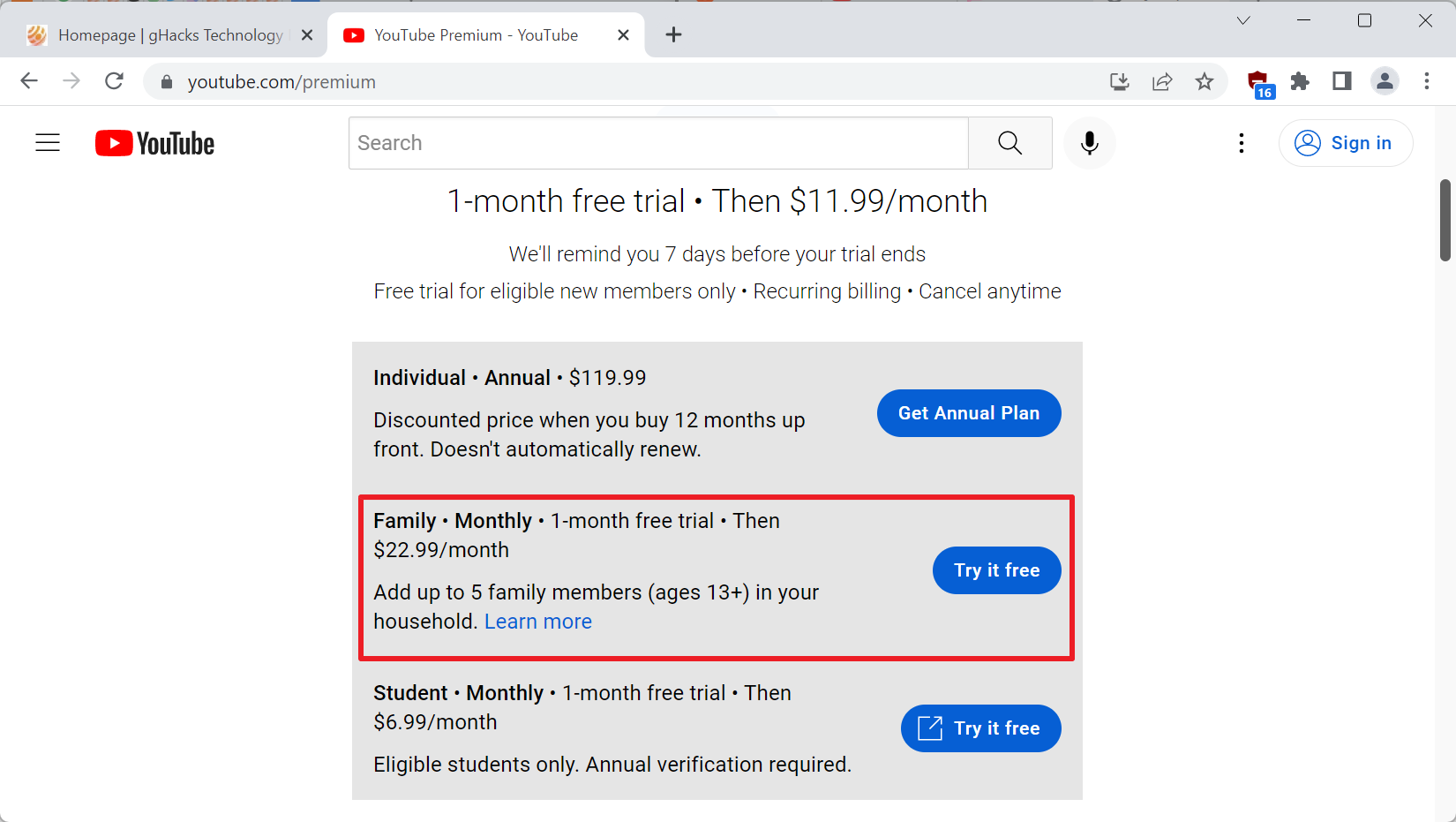 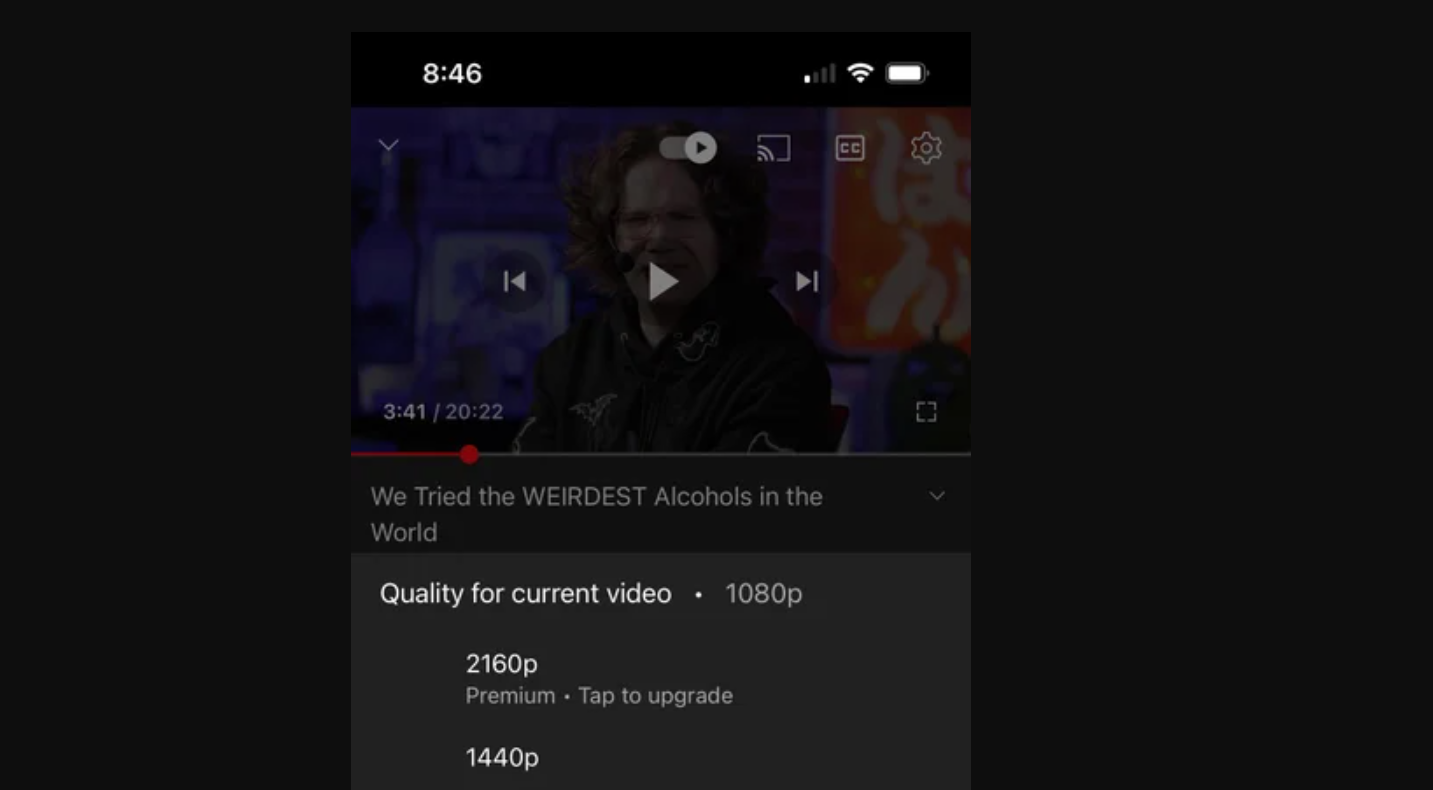 Google experimented on YouTube to increase the company's revenue on the platform recently. After running tests with up to 10 unskippable ads before videos, users on Reddit report that YouTube limited 4K […]

If you have been to the Yahoo Answers website recently, you may have noticed a big banner at the top stating that the site will be shut down on May 4th, 2021. […]

Yahoo announced this week that it will shut down Yahoo Groups on December 15, 2020. Yahoo Group users are informed by Yahoo via email about the shutdown timeline. Dear Yahoo Group Moderators […]

It is time to opt out of Yahoo Mail email scanning

Yahoo Mail and AOL Mail, which both fly under the Oath banner, a Verizon owned company, scan emails that arrive in user inboxes to improve advertisement targeting. An article published by The […]

The end of Yahoo Groups? Not quite yet but close

Yahoo announced far-reaching changes to the company's Yahoo Groups service recently. The changes affect the visibility of groups, uploaded content, and upload functionality. Yahoo Groups was one of the world's largest discussion […]

Google is experimenting with AI-powered chat tools that are expected to shape the release of a future public product. The testing involves a chatbot and a possible integration into a search engine. […]

The Department of Commerce’s National Telecommunications and Information Administration (NTIA) has criticized the current mobile app store ecosystem. A report published by the NTIA voices concerns about the duopoly of Apple and […]

Google is working on a new addition to the Google Chrome browser that will make it possible for users to translate text found within images. This move is a big stride in […]