Update: Please note that Google has announced that it will retire Orkut on September 30, 2014. This means that Orkut won't be available anymore after that date.  Google has posted suggestions on how to export photos and other data from Orkut in time.

Orkut is Google's first social networking attempt. The basic idea of the site was created by one of Google's engineers with the company quickly adopting the idea to create the social network Orkut from it.

Orkut is one of the most popular websites on the Internet even though it does not receive all the media coverage that networks like Facebook or MySpace receive.

Orkut login problems are reported by many users of the service as much as users report issues signing in to their Facebook or Google account.

Common issues include pages that are not loading at all or only partially when the Orkut website is opened. It can be that a white page is displayed in this case with no apparent option to sign in at all at that time.

There are a few options that might help users who face Orkut login problems. Orkut support are offering the following advice:

There are however other options for users who have troubles logging into Orkut.

The mobile version of Orkut can be accessed here. 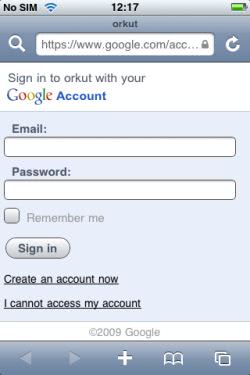 Another little trick that might help is to log into another Google service first (e.g. http://www.google.com/mail/ ) and switch to the Orkut page afterwards. Orkut should recognize that you are already logged in and let you in without asking for login information.

Have you other tips on how to solve Orkut login problems? Post them in the comments.