The Facebook company is one of the top social networking companies worldwide with a massive following. This area highlights headlines causing a stir in the media, revealing any news or upcoming features that may affect or improve your experience.

Meta updates its ad policy: It should now be better for teens and less discriminatory

Meta has announced two major changes in its advertising that could be good news for teenagers and those who may feel like Meta’s algorithms have overlooked them in the past. The company […]

Meta’s ad model may be about to change

While Meta may seemingly be unaware of its tarnished reputation when it comes to privacy, and happy to push invasive facial recognition protocols for seemingly benign reasons, the EU Data Protection Board […]

Facebook has been so beset by scandals that founder and CEO Mark Zuckerberg rebranded Facebook Inc. to Meta. Sure, the official reasoning for the rebrand was to get a jump on the […]

Meta has identified over 400 malicious apps on Android and iOS that were used to steal the login information of Facebook users. The social media company has published a report to share […]

Facebook has started to use a different URL scheme for site links to combat URL stripping technologies that browsers such as Firefox or Brave use to improve privacy and prevent user tracking. […]

IPA, which stands for Interoperable Private Attribution, is is a new advertising technology that a team from Mozilla and Meta (ex Facebook) have developed. IPA is designed to address the needs of […]

WhatsApp has announced a new way that allows you to personalize your chats. One feature that has grown quite popular among IMs is stickers. Today, the Meta-owned messaging service has released a […]

Every other year, Facebook announces that it has changed the settings of its web version and/or applications. This month's change is rolling out to all users of Facebook's mobile application, and its […]

View Once is a new feature that’s finally available on WhatsApp. The beta version was released in July 2021, and after successful testing, is now being rolled out to all WhatsApp users. […]

WhatsApp is rolling out a new feature to its beta client currently that enables users of the messaging service to send media that recipients may view once only. Media, photos or video […]

In April 2021, a large set of Facebook user data was published on the Internet. The data included information on 533 million Facebook users and included dates of births, email addresses, phone […]

Some users of the latest stable version of the Firefox web browser for Android have received a push notification by Mozilla itself. The notification links to this blog post on the Mozilla […]

Microsoft's Mixer team revealed just a few hours ago that the end has come for the streaming service. Mixer, a game-focused streaming service similar to Twitch, will continue to run through July […]

Someone at Facebook seems to have flipped a switch as users from all over the world are starting to get invited to try the new Facebook design on the desktop. Facebook revealed […]

Facebook announced the global roll out of the Face Recognition setting for new users and existing users who had access to the tag suggestions feature today. The company launched a feature called […]

Facebook started to roll out a new privacy tool called Off-Facebook Activity to users from Ireland, Spain, and South Korea earlier today. Designed to give users of the site better control over […]

Facebook was fined $5 Billion USD today, July 24, 2019, by the FTC. More important from the perspective of Facebook users is that the company agreed to "new restrictions and a modified […]

Last month's Facebook hack affected about 50 million Facebook accounts according to Facebook's official announcement on September 28, 2018. Hackers exploited a series of bugs in Facebook's "View as" function that allows […]

What you should do after the September 2018 Facebook Hack

Facebook revealed on September 28, 2018 that attackers managed to exploit a vulnerability on the site that allowed them to take over accounts of Facebook users. The issue, which affected about 50 […]

The Electronic Frontier Foundation released a new version of Privacy Badger today for Chrome and Firefox that removes link tracking techniques that Facebook uses on its site to track outgoing link activity. […]

Facebook Container is a new browser extension for Firefox by Mozilla that isolates Facebook from the rest of your browsing history to prevent tracking. Internet and computer users are exposed to different […] 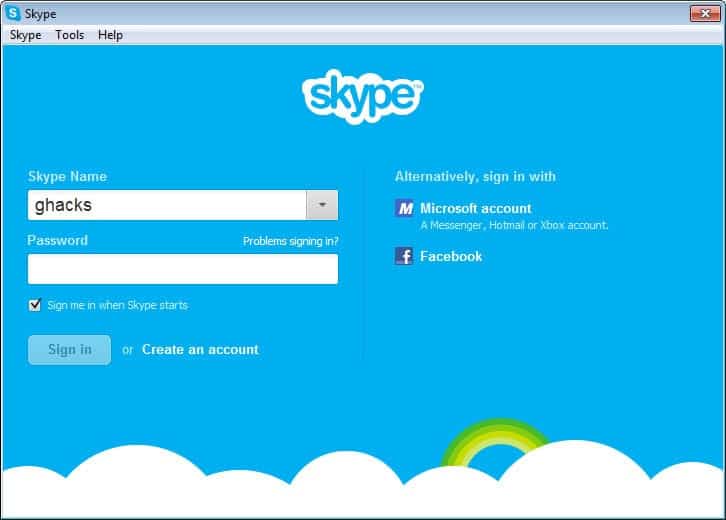 Microsoft announced today on a Skype support web page that it plans to disable the use of Facebook accounts to sign in to Skype in January 2018. Skype customers who sign in […]

Opera Software released Opera Max 3.0 for Android today featuring a streamlined interface and Facebook data saving support. Opera Max is a data savings application that sits in between your device and […] 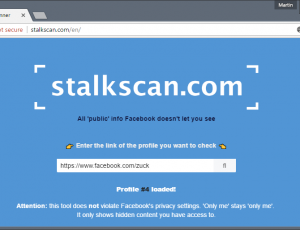 Stalkscan is a free online service that enables you to look up any Facebook user's public information using Facebook's own APIs. Facebook removed, changed, and improved privacy controls several times over the […] 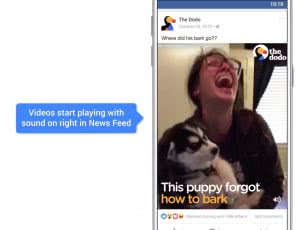 Videos play automatically on Facebook by default, unless you disable the option. We published instructions back in 2014 that walked you through the steps of turning off auto-playing videos on Facebook, and […]

Whenever you upload a photo to Facebook or one of the company's other services -- more than 2 billion each day -- tags are added to these photos. One reason for this […]

Facebook Messenger Lite: what is it, how to get it

Facebook just announced the launch of Facebook Marketplace that enables Facebook users to buy and sell items in their local communities. The company has been testing marketplace on the site for about […]

WhatsApp users worldwide will receive a prompt over the course of the next few days that moves the application one step closer to its parent company Facebook. As you know, Facebook acquired […]

Yahoo announced yesterday that it launched four bots for Facebook Messenger that users of the messaging application can interact with. The bots, exclusively available for Android and iOS versions of Facebook Messenger, […]

Facebook released two new browser extensions for Google Chrome yesterday with the aim to improve the share and save experience for users of the site. Sharing is one of the core features […] 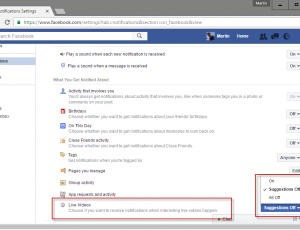 The following guide walks you through the steps of blocking Facebook Live Notifications for live video streams on the social networking site. Facebook Live is a relatively new feature on Facebook that […] 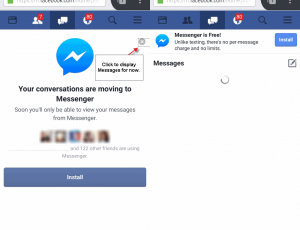 You have multiple ways to use Facebook's chat functionality if you are using a mobile device. You can install the official Messenger application if provided for the operating system your device is […]