You are here: Home > Companies > Apple

Known as one of the top companies for electronic products, Apple has left a big impression in the tech industry. In this section, you’ll find broadcasts of its latest updates where they relate to new features, tools, and apps for PC and mobile.

Apple is reportedly working on a way to display ads on its apps on iPhones. The news comes via a report by Mark Gurman on Bloomberg (paywalled article). Apple isn't the first […]

When you open Apple's Business website in Mozilla Firefox, you are greeted by a "your browser is not supported" prompt. The message is displayed for all recent versions of Firefox, including Firefox […]

Apple has announced a new security feature called Lockdown Mode, to help protect users from targeted spyware attacks. What does Lockdown Mode do? In a nutshell, it restricts the functionality of apps […]

Apple's new App Store rule may not be welcome amongst users. The company has decided to allow app subscriptions to be auto-renewed without requesting the user's permission. There are many apps that […]

The European Union will enforce the Digital Markets Act (DMA) in 2023, and this could have a huge impact on Big Tech companies such as Apple, Google, Microsoft, Amazon, and Meta (Facebook). […]

A week ago, there was an uproar among the iOS and macOS app developer community, when some of them had received a notice from Apple stating their app would be removed from […]

Apple has sent out emails to app developers, who haven't updated their apps for a long time. The Cupertino-based company has informed them that it will remove outdated apps from the App […]

Apple has released an emergency update for iOS devices and macOS computers, to patch a serious security vulnerability that has come to light. The exploit is called FORCEDENTRY, and affects all iOS […]

South Korea has been working towards putting an end to exclusive payment terms on the app stores. They are one step closer to making this a reality as the bill is on […]

Just a few weeks ago, we heard about the bill that the U.S senate presented known as the Open Apps Market Act that, if passed, would cause significant changes in the app […]

Ever wondered what the name of a particular plant that you came across was, where it originally came from, or what it favors in terms of light, soil and temperature? PictureThis is […]

Cloud provider Cloudflare launched its privacy-focused DNS service 1.1.1.1 in 2018 and published apps for Android and iOS in the same year. The company announced its Warp vpn service in April 2019 […]

About a month ago, I wrote an article about a KeePass client for iOS, called Strongbox. I also mentioned an alternative app named KeePassium and that I followed development of the application […]

Typing on the iPad has never been easy. It's a heavy device, and when you hold it in one hand, there is a giant keyboard on the screen which isn't designed for […]

Earlier we told you how to configure custom DNS and Apple Safari in iOS. Continuing with our security focused tutorials, we are going to teach you how to set up a VPN […]

Many privacy/security conscious users, including myself, prefer to use KeePass. After all a free, actively supported, open-source application, that stores your logins in an encrypted database on your local storage is hard […]

How to configure the DNS in iOSÂ

Most iPhone and iPad users don't often pay attention to how their default browser works, unless they run into an issue. We have written a user-friendly and privacy focused guide, to teach […]

How to install iPadOS public beta without using iTunes

Apple has released the first public beta of the new iPadOS, which is based on iOS 13.0. And you can try it out right now, and you don't need to use iTunes, […]

Groove Music for Android and iOS will be retired

Apple announced recently that it would introduce security changes to the iTunes Store on May 25, 2018, which prevent PCs running Windows XP or Windows Vista from using the store. Windows XP […]

The Apple iPad Pro is not the ultimate PC replacement

If you have followed Apple's -- rather uninspiring -- event yesterday you may know that the company announced a new 9.7 inch iPad Pro, a smaller version of the IPad Pro released […]

Chrome, Firefox, Internet Explorer, Opera and Safari seem to own the web browser market, but that does not mean they are the only choices -- Torch, for instance, is up and coming […]

Top patent applications from the companies you love [October 2012]

Welcome to this new monthly series here on Ghacks. Each month I'll be looking through all patent applications submitted by Apple, Google and Microsoft to find the most interesting applications from a […]

I have removed Java from my system some time ago and never looked back. I understand that some of you need Java for certain web activities, like online banking, but I think […] 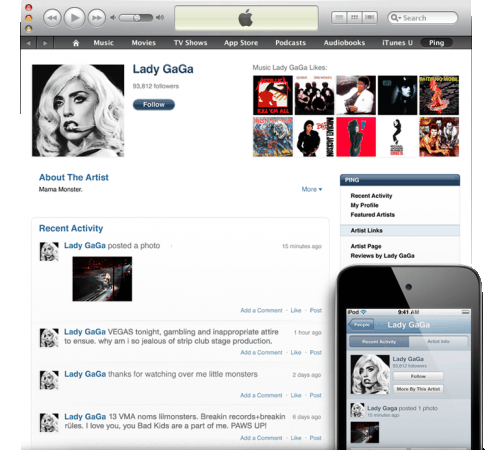 Remember the Ping network that Apple integrated into its iTunes software? No? Then you are not the only one. Introduced in iTunes 10 in 2010 Ping was Apple's attempt to create a […]

Nobody really foresaw the rise of Google as an operating system maker and though it's not all been successful for the company (got a Chromebook anyone?) on tablets and smartphones nobody can […]

To mark the download of the 25 billionth app from the Apple App Store the company has released a series of all-time top 25 lists for app downloads.Â  Unsurprisingly games are at […]

What would make me touch a Mac

2012 or early 2013 will be the time I finally take the plunge and buy an Apple iMac.Â  This might surprise those of you who know me as, being a Windows MVP […]