Default Windows 8 apps get updates prior to launch

Microsoft includes a set of default applications on the Windows 8 startpage after installation of the operating system. This includes the mail app, a desktop email client, a photo app to view […]

Mobile security has become a necessary evil in today's world, with malware and hacks for both Android and iPhone devices finding their way into our mobile lives, most recently with a high-profile, […]

This may have been done partially as a joke, but an iPhone 5 launcher for Android devices has been released. Â I say joke because Android users are notorious for making fun of […]

One of the things that I do not like in regards to Windows 8's new startpage is the lack of customization options. Microsoft has added lots of custom - and mostly silly […]

List Windows 8 apps installed on all of your PCs

With cloud synchronization built right into the operating system one would think that Microsoft would have added an easy option to automatically synchronize installed apps between your PCs. That is however not […]

How to add non-Store apps to Windows 8

Adding custom non-store apps to Windows 8 is something that does not get talked about a lot. Microsoft for one wants Windows 8 users to get their apps from the Windows Store […]

Microsoft today has released a big update for its SkyDrive service. Regulars know that SkyDrive is Microsoft's cloud hosting and file management service that is offering 25 Gigabytes of storage to old […]

Opera Mobile use 47% up, impressive growth in emerging markets

Opera Software's ability to grow even in markets where it is facing multi-billion Dollar companies like Apple, Google or Microsoft has kept the company alive throughout all these years. It is like […]

One of the things that you can't do in the Windows 8 Release Preview is create desktop shortcuts for Metro apps. Say you have a favorite Metro app that you want to […]

News just got in that the Windows 8 store hit 400 apps in the Release Preview of the operating system. This may not seem like much but users have to consider that […]

MightyText, Text and read from computers using your Android phone

If you are one of those who gets itchy fingers whenever your phone leaves your hand in fear of missing a text, you may like the MightyText application for Google Android mobile […]

Google Chrome for Android now out of beta

Google today has announced the release of the first stable version of the Google Chrome web browser for the Android operating system. According to Google, Chrome for Android is now available for […]

Firefox Mobile 14 for Android is here

Mozilla last week announced big things coming to Firefox for Android in a Twitter message without revealing too much about what they meant by that. Today, Mozilla has released the next version […] 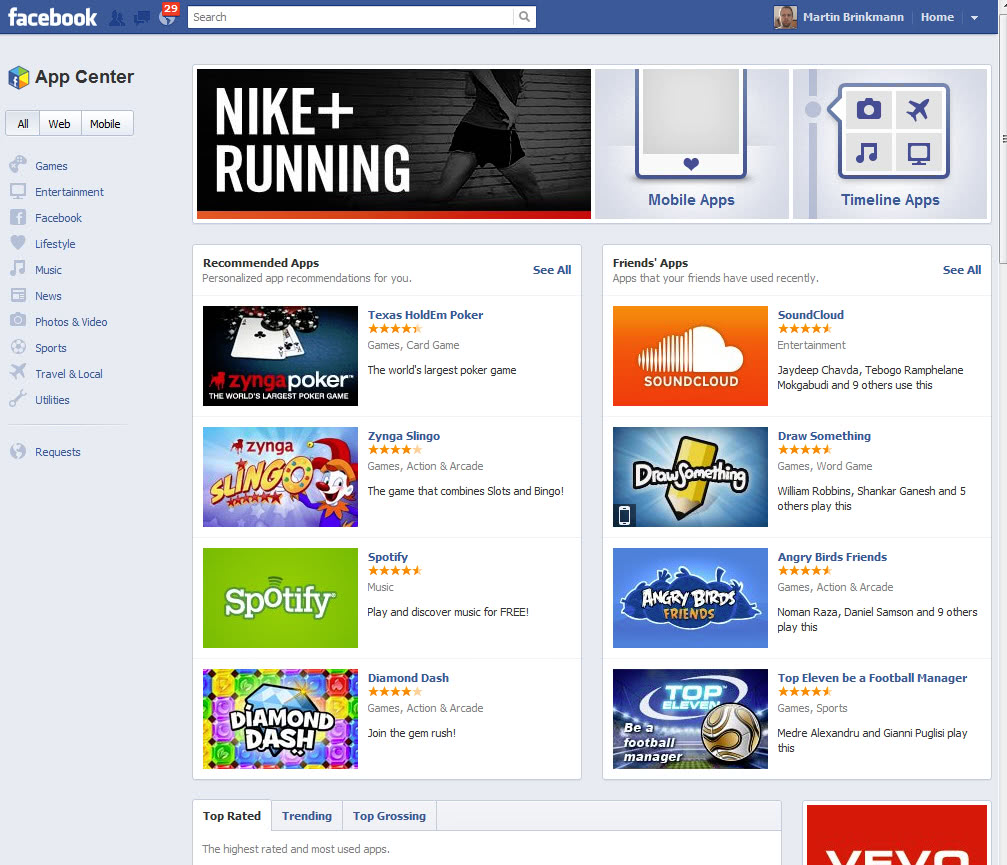 Up until now Facebook users who wanted to install a particular app or game on the social networking site had to either search for it on Facebook, or be notified about it […]

The Windows Store is one of the major changes coming to the Windows 8 operating system. It is basically an app store comparable to Apple's or Google's application stores. Windows 8 users […]

To mark the download of the 25 billionth app from the Apple App Store the company has released a series of all-time top 25 lists for app downloads.Â  Unsurprisingly games are at […]

Norwegian based Opera Software has just released Opera Mobile 12 and Opera Mini Next. Unlike on the desktop, where the Opera browser does not get much traction, it is Opera who is […]

Get Android Notifications Pushed To Your Desktop

There may be times where you do not have the time to pay attention to your Android phone. This can be at work where you may not be allowed to have your […]

Google has just released a public beta version of Google Chrome for Android. Google's main goal was to port the speed and simplicity of the Chrome browser to mobile devices running on […]

App downloads jumped by 60% over the Holidays

Christmas was a good week for all of us, but a great week for apps with analytics firm Flurry reporting a 60% leap in app downloads on the previous week.Â  The figures […]

Microsoft's next operating system Windows 8 will have an app store. That's what every tech savvy Windows user knows. Microsoft's own Antoine Leblond and Ted Dworkin have now started a small series […]

The deeply integrated Carrier IQ software for mobile devices has made the rounds lately. Check out this introductory post for detailed information about Carrier IQ. The technology has recently been discovered on […]

Over the last two years one of the biggest complaints I've had to make against tablet computers is that the Internet has simply not kept the same pace of change.Â  If you […]

How to Control Specific Programs for Different Users in Windows 7

When it comes to using a shared computer, there are important considerations to think about in terms of programs that users can access. Naturally, you donâ€™t want everybody to have Administrator privileges […]

In one of the most eagerly awaited broadcasting moves of the year, the BBC have now released their iPlayer app for Apple's iPad.Â  The app is supported in 11 countries and will […]

Facebookâ€™s Circle Hacks is Fun, but a Thinly-Veiled Reproduction of Google+â€™s Circlets

It seems the Facebook development team is not at all amused by Google+â€™s way of handling groups. The new social networking network utilizes â€œcircletsâ€ â€“ small units in which you can arrange […]

5 Useful Internet Tools looks at web applications that Internet users may find useful. These tools aid you in various tasks, from storing information to specific web searches and reminding you that […]

March seems to be the month of the big web browser releases. Microsoft started the fray with Internet Explorer 9, followed by the final version of Firefox 4 yesterday. Now it is […]

Are Apps the New Websites?

I've written a lot about tablets over the last few months and indeed I now own a Windows 7 tablet myself, the ExoPC Slate.Â  It didn't take much use of this device […]

Tablets, Where Do We Need to Be, and How Do We Get There?

The tablet market is exploding and growing exponentially, but it's still not reaching a critical mass with the general public not embracing them in the way they did netbooks.Â  So why is […]

Hi there ghacks readers! It's mouser from DonationCoder.com speaking to you here. Martin has graciously invited me to make a guest post on ghacks about the latest event on the DonationCoder site, […]

Two interesting Windows Phone stories have emerged today.Â  The first of which is that the phone's app store now has over 3,000 apps and 15,000 developers.Â  This means we can expect to […]

Facebook applications can request rights to access user information during installation. While all will request basic information, some require additional access rights for their functionality. Others however may request additional rights even […]

"One App to Rule Them All" move by Europe

A new European project, kick-started by 22 European companies and organisations aims to develop an application development environment that will work across all platforms by providing a web-based approach, according to the […]

Spoon offers a web service for Windows users that allows them to run desktop applications directly in the web browser, without prior downloads or installations. The cloud approach offers several advantages over […]

A web based extensions framework has been integrated into developer versions of uTorrent some time ago, offering the prospect to extend the basic functionality of the Bittorrent client in the future. Apps […]

Update: F-Secure Anti-Theft is no longer available in its current form. F-Secure released F-Secure SAFE, a new application for Google's Android and Apple's iOS operating system that is available for free on […]