You are here: Home > Misc > Hardware

eBook Readers: Read It Right With These Gizmos

I have longed for an ebook reader for some time, but the most popular one - the Amazon Kindle - has long been reserved solely for the US market. Whilst it has […]

New All-In-One And Tablets From Acer

Ever since Asus brought out their Eee PC range, Acer has been right behind it in the race to bring out those new things. You might have noticed that Acer tends to […]

Entourage eDGe DualBook Is A Netbook, eBook Reader and Notepad All In One

Say hello to the eDGe, the name that I cannot write without MS Word auto correcting the hell out of me. This is a device that gives convergence a whole new side. […]

The Best Nettops Around Right Now

Nettops are all the rage right now, and with good reason too! For around $330-$400 you can get desktops that will do all the basic things you want to do and they […]

Scientists of the Megaframe project in Europe have developed a CMOS sensor so small that it can actually go inside a neuron channel and look at the thought signals in real time. […]

Forget buttons. Forget primitive touch strips that wouldnâ€™t register your input half the time. Forget it all. Multitouch is the new way to roll if the multitude of new products is any […]

Computer boot time is a concern to many but not all users. Some do not seem to care if a computer boots up for a minute or more while others leave their […]

My plan is to build a new computer system after Windows 7 is released to install the new operating system on it and retire my old Windows XP system. I have done […]

Diagnosing computer problems can be a very time consuming process especially for computer users who have no or only basic computer repair process. These users only have a few options left if […] 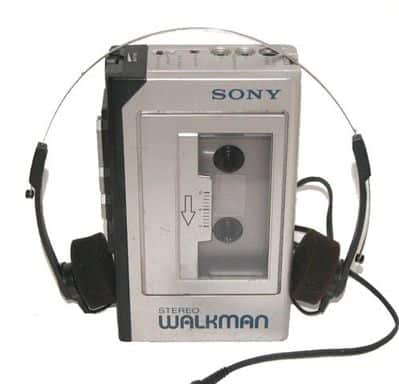 With all the cell phones to come out in recent times packing video players, mp3 players and a whole host of other media functionalities, its not hard to see why MP3 players […]

Eco-Friendly Printer RiTi Suggests Coffee And Tea Instead Of Ink

Many computer users have one thing in common: They drink coffee, lots of it. The coffee dregs usually lands in the bin. This can be a thing of the past if the […]

External Hard Drives: How do I Choose Which One to Buy

Lately, I've realized that my computer is full of data and is close to its limit. Normally, I burn data onto a CD or DVD and then delete it off my system. […]

Why you should not be an early adopter

Every so often you have a gadget or technological device that sets the wire news on fire. Recently weâ€™ve been hearing much ado about Windows 7, iPhone 3GS, OSX Snow Leopard, SSD […]

You need to be aware of a few issues if you are building your own computer system or checking out pre-configured systems. Two of the most important issues are hardware compatibility and […]

Archos has been known for making tablets for ages, but recently they have been turning heads with their talks about contributing something to the Android iniciative as well as working on a […]

Itâ€™s not everyday you see a partnership like this. But taking into consideration the current economic times, the popularity of the netbook as well as Disneyâ€™s quest to control the digital lives […]

I bought a new and shiny ATI HD 4870 video card today. Had been using an Nvidia Geforce 8800 GTS for some time and figured that it was time to update. I […]

Sleep Talking Mode To Save Energy

Sleep Mode - which goes under the name standby, sleep or suspend depending on the operating system in use - has been created to save energy in situations where a computer system […]

USB 3.0: What You Need To Know About SuperSpeed USB

Things To Do When Your Motherboard OnBoard Lan Dies

The onboard LAN of my Gigabyte ep35-ds4 motherboard died just a few hours ago. Was surfing the Internet and suddenly connection errors showed up. That's bad as the onboard LAN is located […]

One of the latest hardware trends seems to be to use multiple Solid State Drives (SSDs) in Raid setups. We already mentioned the 24 monster SSD Raid video that was uploaded to […]

Saving energy is already a critical task in many parts of the world, and started to become a issue even in countries that did not have this on a high priority. Computer […]

Ask the Readers: Someone Gave Me a Laptop. Now What?

I had relatives from out of the country a little while ago and before they left, one of them decided to leave his laptop behind for me. It's an old model from […]

How do you create buzz on the Internet? One of the most successful ways is a viral marketing campaign. Samsung thought of a great way of promoting the company's new 256GB MLC […]

While I'm overall pretty happy with the purchase of the OCZ Core Series II SATA Solid State Drive some disadvantages do come to light every now and then. This happens in situations […]

It might take some years from now on before most new computers will be shipped with Solid State Drives instead of conventional platter driven hard drives but the change is inevitable. SSDs […]

Document scanning can be done with digital cameras. The process is very similar to scanning documents with a scanner. Instead of using a scanner that is connected to the computer to scan […]

Solid State Drives (SSDs) have many advantages over conventional hard drives like their faster access time, lower power consumption and silence while running. The read speed of SSD drives can be compared […]

Should You Defragment A SSD?

Computer monitors usually require some manual adjustments after connecting them for the first time to a new PC, which is called calibration in tech jargon. My newly bought HP flat screen computer […]

Decrease the Noise Of LCD Displays

Have You Ever Built a Laptop Sleeve

Almost everyone owns a laptop these days. And every owner will tell you what a challenge it is to keep the laptop from the bumps and scratches that result when your laptop […]

Data CDs and DVDs that are no longer needed pose a few problems. Throwing them away could be a privacy risk because everyone who finds them could simply read them and discover […]

I was reading The Simple Dollar where there was an interesting post on the cheapest fully functional PC a person could use. The post was sparked by the author's own experience of […]

Create Your Own USB Stick

Something interesting for the weekend. If you feel that the usual retail usb sticks are to boring you might want to give designing your own a try. You can do that at […]

I'm loosely following the technological advances in a few sectors that are not directly related to the topics I write about here on Ghacks. This includes advancement in new input technologies like […]

Many users shy away from updating the computer bios of their motherboard probably because of the fear of damaging the motherboard irreparably. Methods have evolved in the last years and it is […]

Do You Want A Watch That Catches Attention?