I've today had a chance to have a play with the new Samsung SUR40 table running the latest version of Microsoft's Surface operating system.Â  The table, which starts at $8,400 is now available to buy in 23 countries after being released at the end of last year, but is it any good and would your business want one?

First of all let's look at the technical specifications.Â  This table contains a 40 inch 50-point touch screen running at a resolution of 1920 by 1080 pixels.Â  It runs on an AMD Athlon II X2 Dual-Core Processor running at 2.9GHz with unspecified memory and the screen is run by an AMD Radeon HD6700M graphics processor.

The table itself is perfectly fine, though it has a slightly metallic, industrial-look and I'm personally looking forward to the time Surface and similar tables become available in wood.Â  The screen isn't completely flush with the bezel, creating a slight lip though the screen itself seems perfectly strong enough and handled my slightly wet coffee mug without any complaint.

You might then think that this isn't be highest resolution or the best processing power you'd expect for over $8k and, to be honest you'd be right.Â  In general use the interface itself is very responsive, but there were some times when I had to press an onscreen button twice before it responded.

What lets Surface and the SUR40 down is the poor app selection available for the product.Â  Microsoft have provided generic apps for things like mapping and the Bing app, with it's separate search and display widgets works extremely well.Â  It's never long though before you have done just about everything there is to do on the device and walk away.Â  Any company wishing to deploy the SUR40 or similar Surface devices will most likely need to develop their own apps, perhaps in conjunction with Microsoft.

The support for RFID connectors on objects, in these case some transparent blocks representing everyday objects works very well.Â  I really liked this feature and, although the table doesn't always know which side of it you're facing, it does a great job of making object rotatable without juddering or pixelation.

I used the first generation of Surface last year when I visited Microsoft's UK head office.Â  Comparing the two I prefer the coffee-table approach personally to the full desk, though I can still see occasions when this form-factor would be extremely useful.Â  All in all the SUR40 is a very fine piece of furniture that would look fantastic in any modern place of business.

As someone who also used the first generation of Surface the technology has clearly come on some way, and the new UI is a significant improvement.Â  I can't help feel though that Surface is still a technology that's looking for a market.Â  While some businesses will find excellent uses for the SUR40, many more will be put off by the price, the lack of readily available apps and the comparatively weak hardware specification.

See below for my photos of the SUR40. 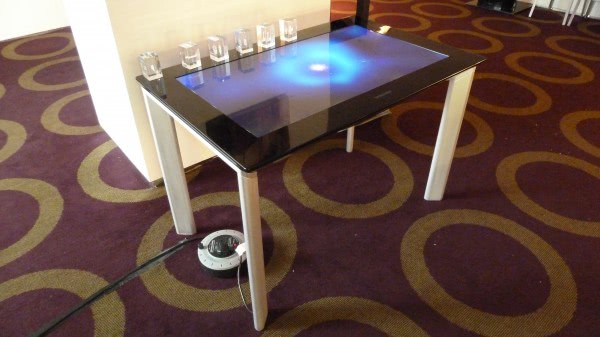 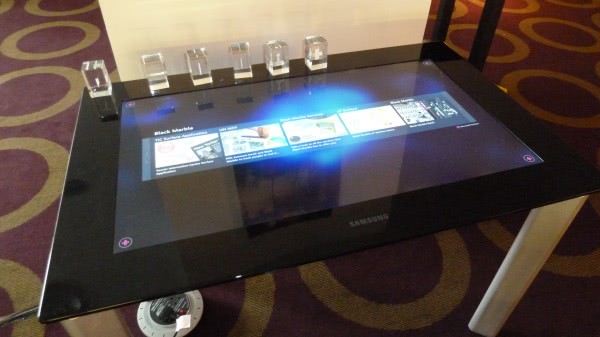 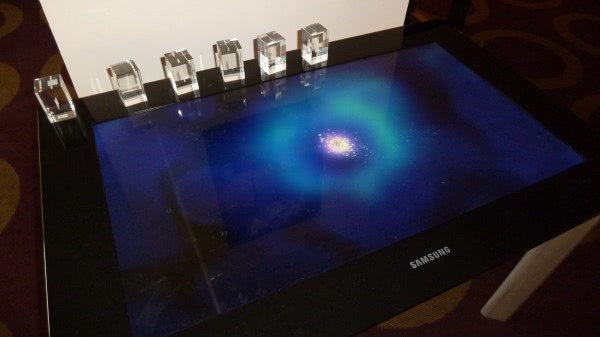 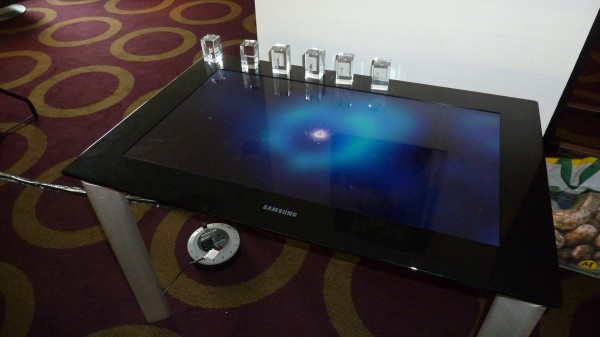 Previous Post: « Is Tablet-Creep in Operating Systems a Bad Thing and Must we Accept it?
Next Post: « Ten Predictions In Tech for 2012