Ten Predictions In Tech for 2012

Predictions can be fun, especially in the field of technology where advances seem to move at light speed. Weâ€™d all like to know what will be coming around the corner, and while trends and indicators can point us in the right direction, only time will tell what new tech developments will hit the market in the coming months.

Manufacturers and designers now all appear to incorporate some degree of planned obsolescence, making it imperative that consumers keep coming back for the latest version. The only prediction we can really count on is that things will keep changing at breakneck speed, and any device you purchased more than a year ago is probably outdated already. That being said, Iâ€™ve made a few predictions of my own for 2012 that I think we are more likely to see than not. I guess time will tell. 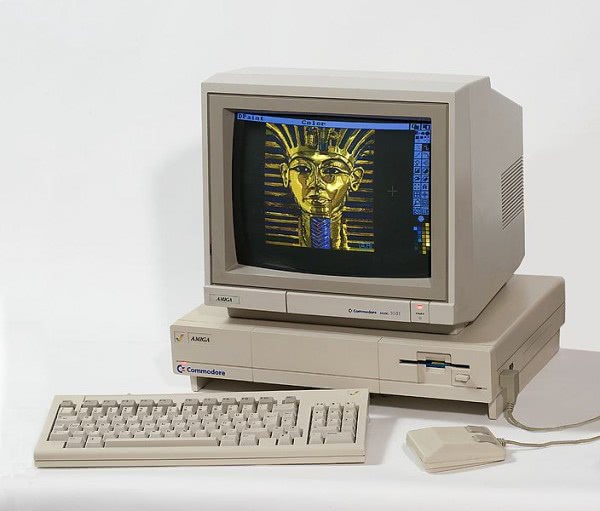 Here are some interesting tech predictions for 2012

1. Voice recognition will become more widely adapted. Not only on smart phones and tablets, but almost every device that can access the web will have some form of embedded voice recognition capability. That includes wristwatches, and widgets on your desktop or laptop. We will be talking to more devices, such as digital cameras, and iPads, and they will be responding with fewer errors. This is actually long overdue, as advances in voice recognition technology have been dragging a bit. I expect it will finally catch up and will come standard on the above mentioned devices.

2. Simultaneous translation will be introduced in some limited form. Imagine communicating with someone in a different country, he speaks his native language, and you speak your native language, but surprisingly you are both able to understand each other. Donâ€™t expect this to be life changing in its early incarnations, but this is another one thatâ€™s long overdue and will be invaluable to many businesses.

3. More live events will be streamed over the web in real time. The cost of bandwidth, along with the compression technology, has made this possible. Not only that, audiences will be able to interact with others. The Oscars, the Grammys, in addition to the Superbowl and other events, will be streamed live and the audience will have a bigger part in deciding who the winners are.

Get ready for Internet TV as well as more Internet radio. The networks are ready to put more of their shows on the web, since thatâ€™s where everyone is watching them already. Once they work out the kinks involved with keeping their advertisers happy, the line between the computer and the TV will get even more blurry.

4. Mobile devices will dominate. Not only will smart phones be used for payments, they will be used for much more than is imaginable at the moment. Opening locked doors, physical testing, and diagnosing illnesses. Data is collected and sent to databases in the clouds that can diagnose an illness with greater accuracy. Devices such as the iPad and other tables will now support payments by mobile.

5. Facebook and Twitter will merge. This one may not be as outlandish as it seems. They may be both social networks, but they are on different paths. There may be some synergy to be obtained from a combination of the two if organic growth on either platform slows. If domination is in the cards for Facebook, as some people seem to think, it can make sense. Instead of competing for userâ€™s online minutes, the social networking giants can join forces and become a formidable match for the surging Google Plus.

6. Netflix will bite the dust. The company continues to struggle, either with content or technology. They may be a prime candidate for a takeover by the likes of Apple or Amazon. With the ability to add live streaming available, it can be a great revenue stream for either company if it is handled properly. If itâ€™s taken over by a company that can anticipate changes instead of reacting to them, it could gain back some of its former glory.

7. A dedicated mobile Facebook device will hit the market. Facebook is a powerhouse in the social networking world, but they also have the capacity to manage some kind of communication device. Consider a facebook phone or tablet that is readily available for users with a Facebook account. Revenue can come from mobile advertising and text-messaging. With a billion users, this is a simple adjustment.

8. The price of Organic Light Emitting Diode (OLED) televisions will be drastically reduced as the technology becomes dominant in HDTVs. The advantages are becoming more obvious, with lower costs and superior picture quality. The problems of lifespan of organic materials, and higher power consumption will be overcome.

9. A flexible print display with multisensory technology will be introduced into the mainstream. The advantages are readily apparent. Being flexible, it takes up less space, and space costs money in areas of shipping and storage. Americhipâ€™s Video-In-Print, which allows for ultra thin displays that can be inserted into magazines, has already hit the market, and bigger and bolder versions are sure to follow.

10. A smart phone-tablet hybrid will be introduced. This is an open opportunity. Giving consumers one device that is able to handle the function of the two most popular gadgets only makes sense. A few more features, such as an e-Book reader with WiFi capability can be integrated into what can become the world`s most useful device.

A further enhancement would be the ability to stream live television and other broadcasts. The only concerns may be power consumption and capacity, but the technology is available. Instead of having to add hundreds of apps, all the necessary functions can be handled with one device.

The most likely candidate for a unit of this sort would be Apple, but there are other companies in the space, such as Sony and Samsung who are equally capable. Consumers have shown that theyâ€™ll rush out in droves to scoop up the latest device, so expect this one to be on the shelves sooner rather than later.