Is Tablet-Creep in Operating Systems a Bad Thing and Must we Accept it?

Like it or not, it would appear that the tablet-ification of our desktop operating systems is inevitable.Â  Setting aside the new Metro interface that will take the main focus of Windows 8, Apple are slowly creeping more tablet features into OS X and even Canonical are getting in on the act with theirÂ Unity interface for Ubuntu and their removal of drop-down menus.Â  So is tablet-creep a bad thing, and need we accept it?

With Windows 8 out next week in beta we will finally get the answers to the most asked questions about the OS, namely can the traditional desktop be set as the default interface and what happens with launching programs from it?Â  Currently we don't definitely know the answers to these questions, though I was told privately by Microsoft that the answer to the first one was most certainly "yes".Â  Other things we don't yet know is can the Start Menu be reinstated or in fact do we need it at all?Â  When Windows 7 was launched back in 2009 I was heavily critical of the half-way house between the old interface of the Start Menu and the new OS X-style dock on the Taskbar (then called the Superbar).Â  Why did we need the Start Menu at all when programs could automatically install themselves to the Taskbar and folders containing multiple programs, such as utilities for that program, could be handled in jumplists.Â  This seemed like a much more sensible idea to me and, frankly would have been a perfectly acceptable solution to Microsoft's concerns about Start Menu entries being too difficult, and taking too many clicks to find.

Their solution to this and other problemsÂ was Metro, but it's not just Microsoft doing this.Â  Apple first introduced the iOS-style Launchpad in Lion last year much to the concern of IT Pros.Â  This, coupled with the effective downgrading of the Final Cut Pro video editing package to a consumer version has led to many people being very vocal about their concerns for the future of the platform.Â  The next edition of OS X, Mountain Lion, doesn't on the face of things move further tablet features into the operating system, but this hasn't stopped people complaining about tablet-creep on the platform.

Even GNU/Linux isn't immune to tablet-ification with Canonical already having shipped their new Unity, finger-friendlyÂ interface with Ubuntu last year.Â  This interface, which is a cross between the Apple Launchpad and Canonical's own take on the format has so far gone unchallenged by IT Pros, but this is probably just because of their small market share. 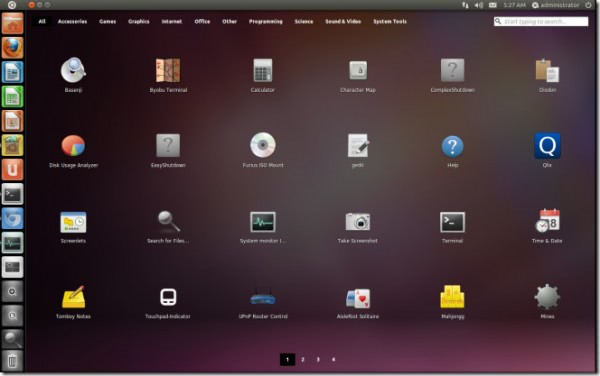 I want to ask the question though if these are actually a bad thing.Â  The reason I ask this is because I'm old enough to remember (just!) when the first versions of Windows began to ship on PCs.Â  People then, who were used to running software in DOS, such as the all conquering WordPerfect and Lotus 1-2-3, didn't see the point of the new GUI and they didn't want to waste their time learning it.Â  What's more these GUIs simply wouldn't run on the computers of the day as the hardware wouldn't support it.Â  Sound familiar?

It's possible then that this inevitable creep from the operating system makers isn't being done just because they want to, but because they have identified this is an appropriate way for interfaces to go.Â  It doesn't mean that they'll always get it right, but it probably means that they're here to stay.

So can we avoid these new interfaces.Â  Certainly in the long-term its looking like we can't.Â  In the shorter term Windows 7 can still be used until 2020 and OS X's Launchpad can be avoided.Â  For IT Pros however who are concerned about the advanced software they use in productivvity, document creation, CAD, video and audio production, accountancy and more, being watered down to fit finger-friendly interfaces, I would advise not to be bothered.Â  For as long as people need these software packages they will still exist, and it won't all go the way of Final Cut Pro.Â  Whether these packages exist as desktop software packages or advanced touch-friendly, Metro-style, apps remains to be seen.Â  At the moment the future for software is uncertain, and this is what seems to be alarming people the most.