When I first reviewed the original Series 9 from Samsung, it was before the term ultrabook had even been coined.Â  This was the only laptop to consider at the time as a PC alternative to the MacBook air.Â  Frankly I feel in love with it and carried it with me everywhere.Â  This did cause me a couple of problems however, firstly that I didn't have a case for something this small (so I used a padded envelope) and second that I kept having to stop and check my bag because it constantly felt like I'd left it behind.

Since then the Series 9 has been updated, and then updated again.Â  I'll be reviewing the new new model in the coming weeks but this is its smaller brother and visually I was wondering what had changed from the original.Â  It's made of the same black, brushed duralumin alloy that tapers to just a couple of millimetres at the front.Â  Open the case, which is frankly thin enough to give you a paper cut, and the super-bright 13.3 inch (1366 x 768) screen glares back at you.Â  The screen comes with an anti-reflective coating that works well and the high brightness, which is better than any other laptop I've used except its predecessor, will give you near perfect visibility in direct sunlight. 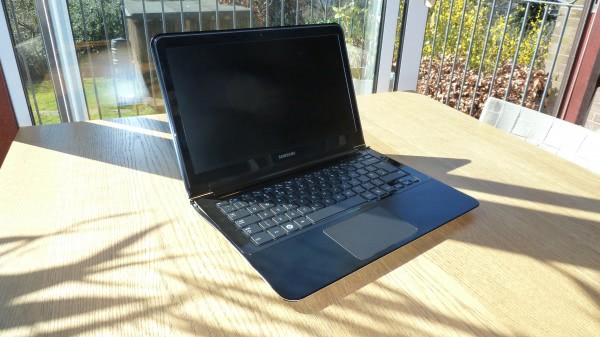 Then there is the scrabble-tile keyboard which is as good as it's always been.Â  You can get up a reasonable typing speed on it and there's enough give and feedback in the keys to make it pleasurable.Â  Finally there's the also excellent multi-touch trackpad which is very comfortable and easy to use.

It's internally that the specification has changed, but only slightly.Â  The processor has been upgraded to a 1.6GHz Core i5 and there's 4Gb of DDR3 RAM on board along with a 128Gb SSD.Â Â Battery life is around the same as its predecessor too with up to 7 hours of light use (though this does trail behind the MacBook Air and a couple of other ultrabooks). 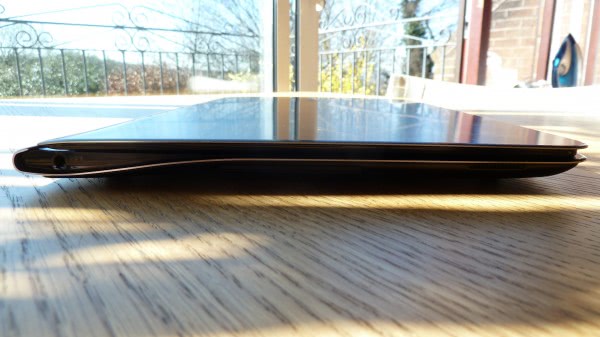 So what makes this Series 9 stand out and why do I love it so much?Â  It's the attention to detail that has gone into the design.Â  The body tapers to just 1mm almost all the way around with a silver edging.Â  At the back this curves into a very attractive loop and the only port to be seen is a small power socket.

All the main ports are on fold down flaps underneath and on either side.Â  It's well equipped too for an ultrabook with a USB 2, a USB 3 Gigabit Ethernet and HDMI (though these need adaptors), Micro SD, microphone and headphone.Â  Internally there's also Bluetooth 3, 802.11 b/g/n and a 1.3MP webcam built into the bezel.

The 900X3A-B01 can now be found online for $999 (Â£900) which in ultrabook terms is excellent value compared to other ultrabooks, especially given that the Series 9 has a desirability that others simply can't match.

In day to day use this ultrabook happily ran any task I asked it to and was extremely comfortable to use.Â  It's new big brother, while bigger, drops the lovely edging detail and goes for a more conventional look on the sides.Â  This helps the 900X3A-B01 stand out from the crowd.Â  As an ultrabook it's stillÂ has jaw-dropping good looks, and coupled with the falling price should make this a very serious contender for your padded envelope too.