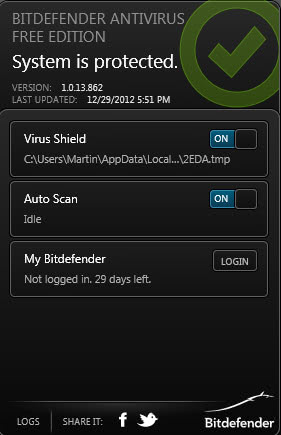 Beginners Guide to Securing a Pc

YouÂ´d probably heard this before. Everyone should secure his personal computer. You read stories like this in every other computer mag, your geeky friends probably tell you the same and even name some programs that you should use because they are the best and most secure. I know that you would like to have a secure computer, well a secured computer, there is nothing like 100% security if you are on a network or the internet. Keep that in mind.

Programs can be loaded at startup of your windows machine, this is called autostart. There are unfortunately numerous places in windows that allow programs to be added to the autostart. The tool Autoruns 8.4 from sysinternals.com lists all known autostart places and programs that use this location to autostart.

Did you ever ask yourself if your firewall is secure enough for your internet activities ? The major concern nowadays is related to pieces of software installed in your computer which may contact and exchange information with the outside World without being authorized and noticed by you. 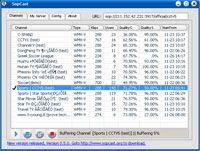 I always was angered at the fact that I had no possibility to watch certain series and movies in my country while they were highly successful in another. I also dislike the fact that I canÂ´t watch big sportevents live on tv but only recieve a minimal report in the news at that day.

CCleaner is a freeware system optimization and privacy tool. It removes unused files from your system - allowing Windows to run faster and freeing up valuable hard disk space. It also cleans traces of your online activities such as your Internet history. But the best part is that it's fast (normally taking less that a second to run) and contains NO Spyware or Adware.

In case you have not heard about it yet, Nmap is quite simply the best network security scanner around. To top it off, itâ€™s free and even open source. While Nmap is designed primarily for use with *NIX systems, there is an excellent Windows version as well, sadly without the graphical interface NmapFE that is available for *NIX users. WiNmap now provides Nmap with a new face for Windows users.

VIEWTCP is a free network monitoring tool by MicroWorld that examines TCP/IP activity on your Windows-based systems. This free utility lists all TCP and UDP endpoints on your PC, including the remote address (along with Domain name of the remote address) and state of TCP connections.

Its always a good idea to have some web proxies at hand. You can use them to hide your own ip when you navigate to a site that should not have your IP in their logs. You can use them to
bypass web restrictions / censorship from schools, universities and business and also use them if your country is one of those that likes to prevent its people from collection information on their own.

Picmv is a freeware image viewer that also features image management functions. It was specifically designed to work well with digital cameras but also works great as an image viewer with tumbnail display. It features an advanced search function which is helpful if you have a large image archive, its also able to sort the images using lots of parameters like time, color, ratio, how many times it was viewed, pixel number and more. I suggest you take a look at this beauty if you have lots of images or own a digital camera.

If you are looking for an alternative to the windows xp build in unpacker you might want to take a look at 7-Zip. I was always looking for an unpacker besided the big two Winrar and Winzip who are both not free, after some researching I found 7-Zip which handles the most used file formats like zip and rar without problems.

Finally, after a very long time, Daemon Tools 4 has been released. For those who never heard about this fine piece of freeware, it could be best described as a cd and dvd drive emulation software. It simulates up to four additional cd or dvd drives connected to your pc and uses cd or dvd images on your hard disk that contain the cd or dvd content.

Change your Windows XP Password even though you can't remember it

I found an interesting article over at logicalexpressions.com that presents an astonishing solution if you have forgotten your windows xp password. This is clearly a security hole because everyone is able to change the passwords, the only requirement would be to have the original windows xp cd at hand.

The second purpose of Crash Doctor is to prevent further damage to other files that are dependant on the crashed program. If the program tries to open an existing file for writing CrashDoctor intercepts this and copies the original file to a backup location. This prevents any further damage done by the misbehaving program.

Have you ever come across a website and wondered what language the site was written in ? Or found a great site but could not read what was being said because of some unknown signs used ? The Lextek Language Identifier can help you in this case.

How to remove the Sony - XCP DRM Rootkit

If you are like me you are probably downloading lots of files from the internet every day. Those files are using a huge part of my hard disk space and I had to make the decision to get rid of some of them to free some space for other files IÂ´d like to download.

I also have a rather large amount of images on my pc, could well be over 30000 and I always had the impression that there have to be duplicates all over the place. Never had the time to manually check them and delete the duplicates, would take forever.

The first trojan using SonyÂ´s rootkit software to hide itself has been discovered by anti-virus companies.

The news spread like fire last week: Sony has a installer on some of their music cdÂ´s that might install a rootkit on customers pcÂ´s if they put them into their personal computer. The rootkit software could not be uninstalled by normal means and has already been used by hackers to hide World of Warcraft cheat scripts from being detected by Blizzards Warden client.