So, you have been on holiday in that beautiful country making lots of photos but after a year you realize that you can't remember the names of most places and people that you took picture of. Or, you have been at a family reunion or anniversary and after looking at the pictures taken you are not able to identify some of the people on the images.

If this has happened to you in the past - I know it happened to me - you should take a look at the software Foto Tagger. With Foto Tagger you can add textual information to the image. This looks like a small yellow sticky note with an arrow pointing to the object or person in question. 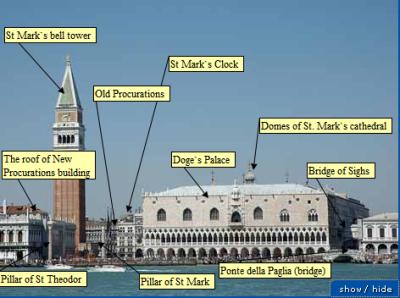 Those images can then be saved, send to other users or published on websites such as Flickr, Blogger or Livejournal with all those possibilities built right into the program.You can alternatively create a html page instead using Foto Tagger to publish photos that you have modified with the help of the software on the Internet or a local website.

Foto Tagger uses FotoML, an open XML-based photo annotation format, to save these information. I was not able to find a single image viewer supporting that format which is not that of a problem unless you edit the image afterwards in an image editor.

This could - and most likely will - destroy the tags. Foto Tagger lets you start image editors from the programs interface which solves the problem by using temporary files.

Update: The homepage of Foto Tagger has changed and we have updated the link to reflect that. The program itself is still available for free. When you run it for the first time you will see the following interface (without the loaded photo of course). Start by loading a jpg image into the program. A click on the plus icon in the toolbar on top lets you add new tags to the image. You can add textual contents here and associate those contents with a location on the image. The toolbar provides you with all export options discussed earlier.