The latest version of Ventoy, an open source program for Windows and Linux to create bootable media using image file formats such as ISO or WMI, introduces experimental support for the IMG file format.

Ventoy distinguishes itself from other programs of its kind, e.g. Rufus or WoeUSB, in several meaningful ways. The program does not extract ISO images or other image formats to the USB drive but uses them directly; another important difference is that it is possible to place multiple ISO images on a single device to select the image to boot from.

The multi-boot option makes it suitable for carrying multiple operating system images to install the systems that are needed without having to juggle between different USB devices or discs.

Ventoy supports MBR and GPT partition styles, UEFI secure boot, legacy and UEFI, and persistence (which is useful for Linux distributions that support it).

Ventoy 1.0.19 introduces support for the IMG format. Initial support is considered experimental by the developer as only two Linux distributions are supported in the release.

The two distributions that Ventoy supports with its new img file support are Easy OS 2.3.2 and Volumio 2.799. 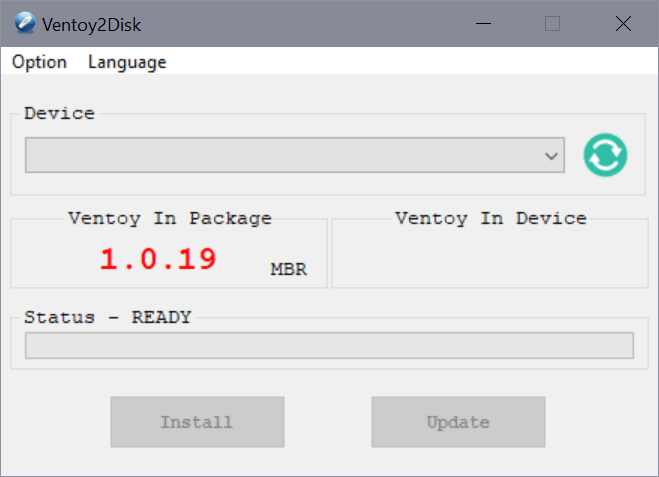 The program itself works just like before. On Windows, run it with a click on the executable file that you downloaded from the project website. Connect a USB device to the system and select it under Device in the Ventoy interface. Select install to prepare the USB device or update to update an existing version.

Once prepared, copy ISO images to the first partition on the USB device. The folder does not matter as Ventoy will search for ISOs in all directories.

Ventoy is a useful application for power users, administrators and tech workers as it provides the means to put multiple Linux distributions and Windows installation files on a single USB device.

Now You: What is your take on Ventoy? Do you use a different program for the purpose?

Previous Post: « Encrypt your files or delete them securely with DataProtect Free
Next Post: Customize Windows folders with colors and emblems »