Alfred is a popular launcher app for Mac Os X, and Jarvis is an open source program for Windows that brings the functionality to Windows.

Jarvis is a work in progress which means that it does not replicate all of Alfred's features at this point in time. New versions are released regularly however that add new features and improve Jarvis's functionality.

Tip: Linux users can check out Alfred Launcher for GNU/Linux.

You can download the latest version of Jarvis from the project's GitHub page. Note that the latest version is still a preview version and not a stable version of the application. While I did not notice any issues running Jarvis' preview version on a Windows 10 device, your experience may differ. It is suggested that you don't run the program on production machines at this point in time.

Note: The program supports an update checker which tries to establish a connection to the Internet. You can turn off the checking for updates under General in the Settings. 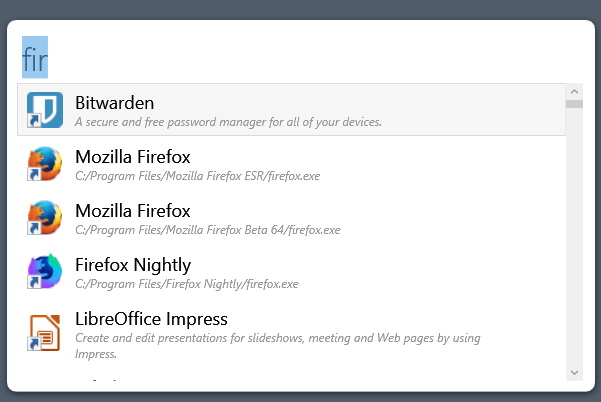 Installation of Jarvis is straightforward; an icon in the System Tray area indicates that the program is running in the background. You can double-click on the icon to bring the launcher interface to the front or use the Alt-Space keyboard shortcut instead for that.

The app displays a command prompt interface when you do; you may use it to find and launch installed programs and to run a selection of other commands.

The available commands are limited at this point in time. Program launching supports Win32 and UWP applications. Jarvis indexes files in the user's directory only by default; while not mentioned specifically, it seems to pull available programs from the Start Menu.

Jarvis displays suggestions when you start to type. The screenshot at the top shows how that looks like. Each suggested result is displayed with its icon, name, and path or description.

There is no option currently to enforce the listing of the path in the results and it is unclear when Jarvis uses the path or description in the results.

You can use the mouse or keyboard to launch any of the listed applications from the interface. Jarvis remembers the state which is useful as the interface is hidden automatically when you click elsewhere or activate something else on the screen. 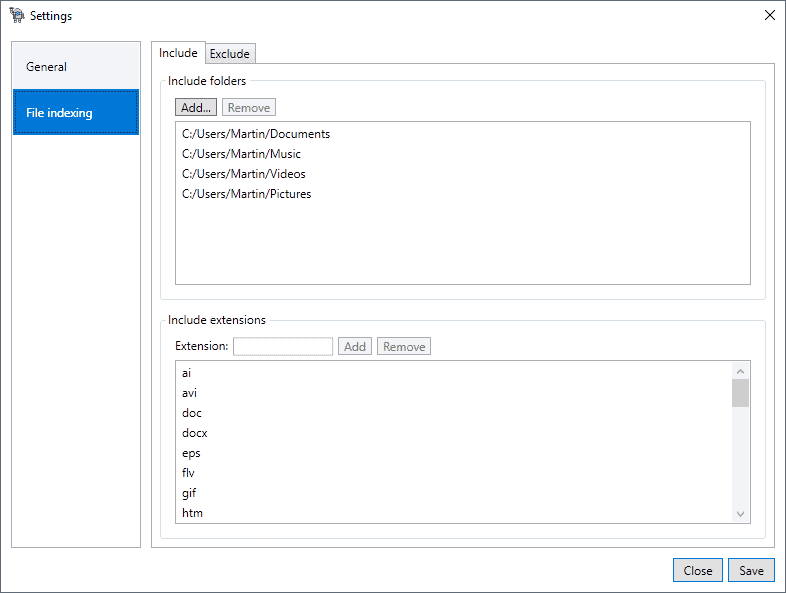 A search for .doc displays all files that match the extension. File Indexing rules are managed in the Settings.

Add or remove folders using the include and exclude tabs, and select which file extensions you want indexed by Jarvis.

Jarvis supports searches on Google or Wikipedia according to the product description on the project's website. I could not get those to work. While typing "g" or "wiki" displayed options to open Google Search or Wikipedia in the default browser, I could not add a search term to the query in the version that I used.

Jarvis is not the only Windows program that replicates Mac OS X specific functionality. We reviewed several in the past:

Jarvis is a promising open source application for Windows devices. The app is quite limited at this point in time but that is to be expected as it is only available as development builds currently.

Now You: Do you use a program launcher?