The features and changes of Windows 10's October 2018 Update

Microsoft's upcoming feature update for Windows 10 will be named the October 2018 Update and Windows 10 version 1809.

The company ended the previous scheme for names that used the seasons to the informative but rather boring "launch month and year" scheme when it released the April 2018 Update in April 2018.

The new name scheme for updates is less confusing than last year's Spring and Fall updates which one half of the globe could not really related to at all, but it is not without issues.

The feature update for Windows 10 includes a number of big changes and additions and lots of smaller changes.  We parsed all Windows 10 Insider Build release notes that Microsoft published and other official sources to compute the list.

Note that the list is not complete. We made the decision to focus on important features and changes only. 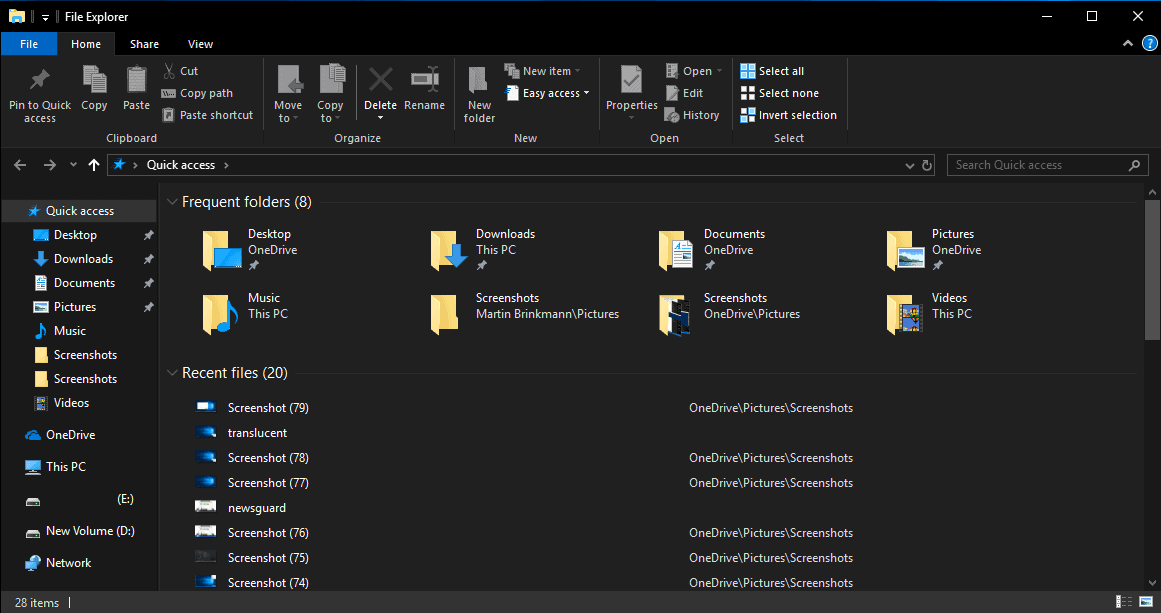 If you have set the default app mode to dark under Settings > Personalization > Colors, you will notice that File Explorer features a dark theme as well now.

A dark theme for the built-in file manager was a much requested feature according to Microsoft and while many users have heralded Microsoft for introducing a dark theme for File Explorer, others have criticized the company for how it implemented the theme. 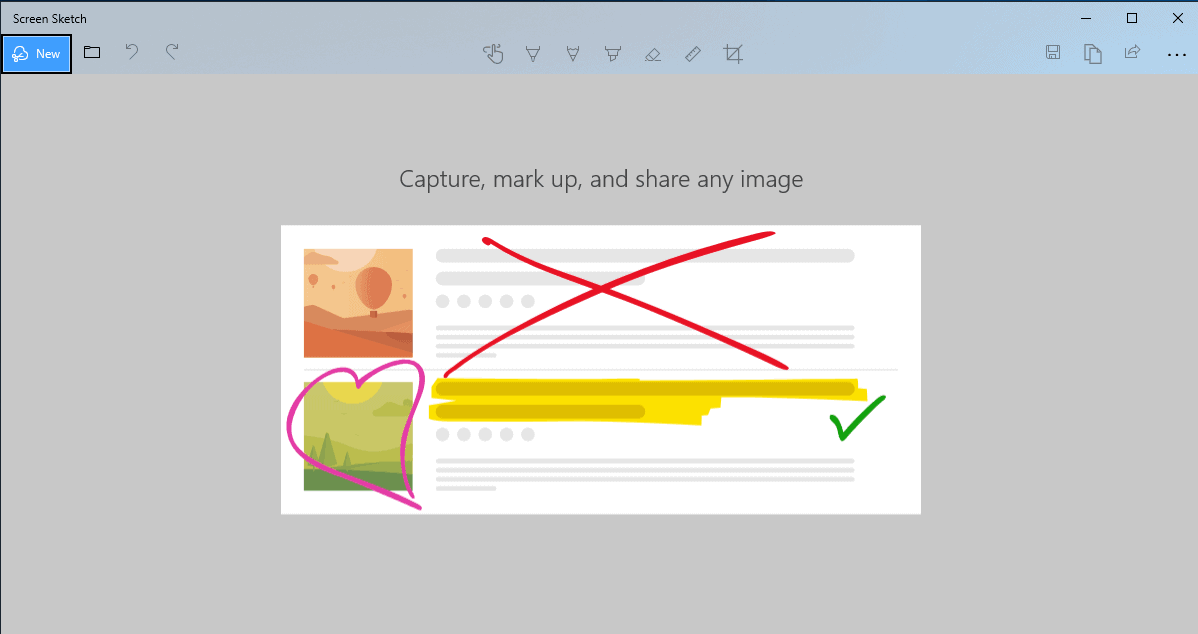 While users have plenty of ways to capture screenshots in Windows 10 already, Microsoft decided that another option could not hurt. The new Screen Sketch tool is set to replace the veteran Snipping Tool on the operating system.

Users of Windows 10 version 1809 can use the keyboard shortcut Windows-Shift-S to enable capture mode. It is then possible to take a fullscreen, rectangular, or freehand screenshot.

Note: Windows 10 version 1809 users and admins can map the Screen Sketch tool to the Print-key on the keyboard. Just go to Settings > Ease of Access > Keyboard, and make sure "Use the PrtScr button to open screen snipping" is set to on.

Users do find a new Screen Snip action in the Quick Actions menu of the Action Center. 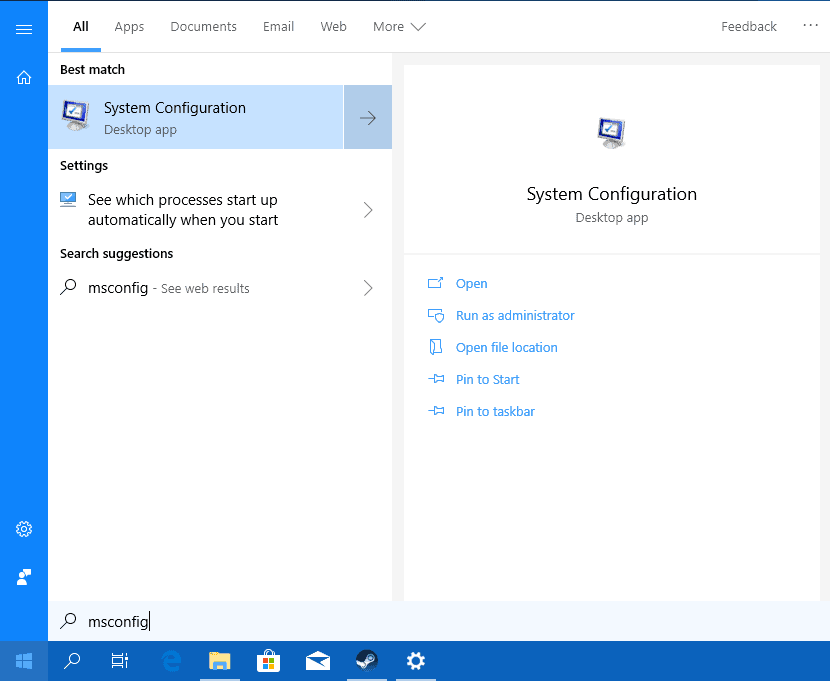 The new version of Windows 10 comes with extended web searching functionality. Bing's result page may be displayed when you search for a term that Windows can't link files, folders or settings to on the device.

A search for programs or files displays extended options on the results page as well including options to launch programs with elevated rights, open its file location on the device, or to pin it to start or the taskbar. 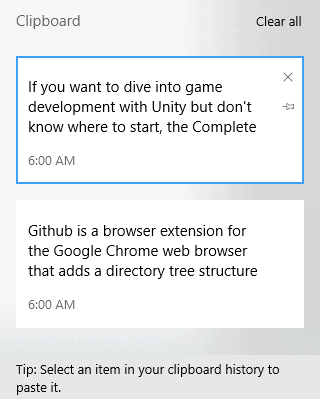 The October 2018 Update comes with two improvements to the built-in Clipboard. It is now possible to enable a feature called Clipboard History to access past Clipboard entries with the shortcut Windows-V.

The feature works similarly to how other Clipboard Managers for Windows handle the Clipboard history.

You can turn both features on or off under Settings > System > Clipboard. 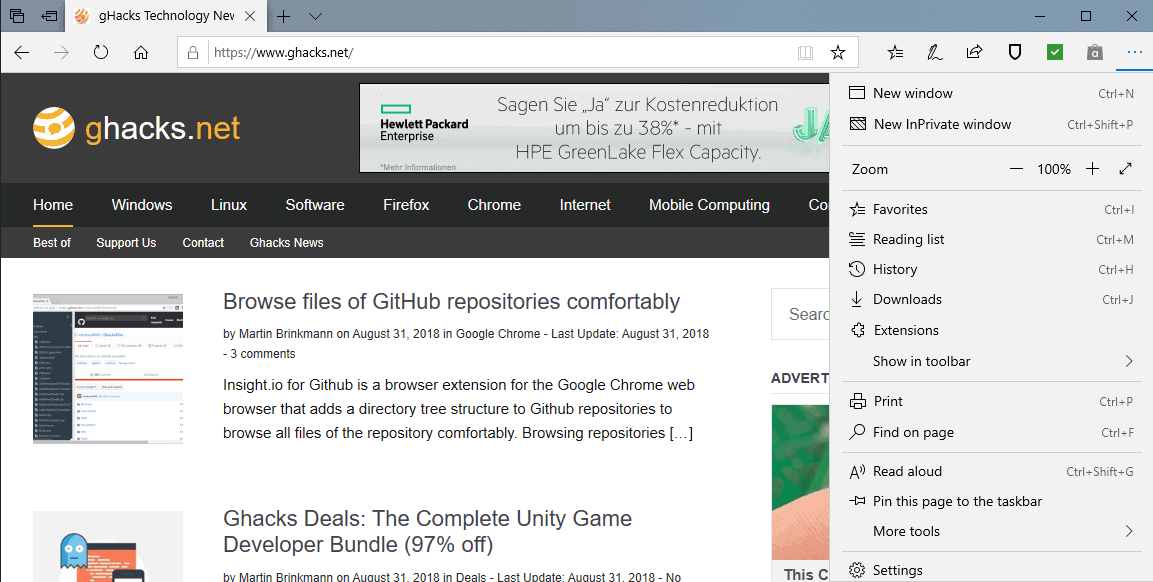 Microsoft Edge gets lots of improvements in feature updates all the time and the new Windows 10 October 2018 Update is no exception to that unwritten rule.

Edge users will notice the new sidebar menu that makes things a bit clearer (although it still can't be opened in its own tab). There is also an option to disable media autoplay in the Settings of the browser under Advanced and control media autoplay on a per-site basis with a click on the (i) icon in the browser's address bar and the selection of "manage permissions".

Reading View, a readability mode implemented in Edge, features line focus in the new version and includes more themes that users can apply to the mode.

Microsoft Edge's built-in PDF Reader got updated with new functionality that includes adding notes and pinning PDF documents to the taskbar. There is also a new look-up feature in Reading View and PDF modes.

A right-click on a download displays the new "show in folder" option which is handy as it opens File Explorer right away.

The browser features many under-the-hood changes, new APIs such as Web Authentication that are now supported in the new version. As always, these changes are not backported to older versions of Windows 10.

Also, a bunch of new policies for Microsoft Edge that admins can configure in the Group Policy editor.

Tip: Edge preloads on Start. You can disable that using the Group Policy or Registry. 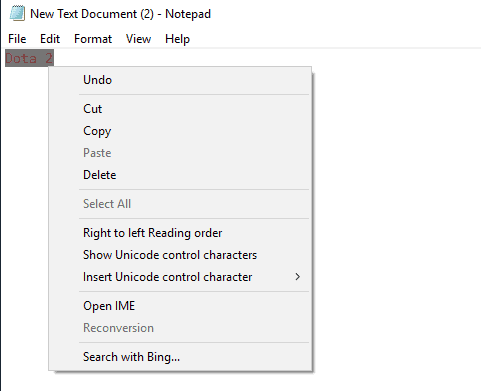 The default text editor Notepad received some love in Windows 10 version 1809. The text editor supports Macintosh and Unix/Linux line endings in the new version which should do away with text that looks messed up in the editor.

Other options include zooming in and out, and support for line numbers when word wrap is activated.

Users of Notepad can run searches with Bing when they highlight text in Notepad and right-click on the selection afterward.

Windows Update's automatic restart feature to install updates has received criticism in the past. Users reported that Windows Update would restart the Windows PC at inappropriate times which made them lose work, drop out of games, or spend the next hour or two troubleshooting updating issues.

Microsoft revealed that it uses machine learning to better determine the right moment to install updates and restart the computer. Whether that is really working as Microsoft envisions it remains to be seen.

Now You: What is your take on the new feature set?