Disk images are used for a variety of purposes. They can be used to backup entire drives, distribute contents, for forensic analysis or to access contents of optical discs on devices that have no optical drive.

Check out out disk image format mounting guide for Windows for detailed instructions and program links.

Arsenal Image Mounter is a free program for Windows that looks like many of the other disk mounting programs on first glance.

Unlike most of those, it is capable of mounting disk images as complete disks in Windows instead of as shares or partitions. That's however not the only difference.

The program has been designed primarily for forensic tasks but can be used for others as well. Users of the excellent DiskCryptor encryption program can for instance use it to encrypt mounted disks to use them as encrypted containers on the computer, a feature that DiskCryptor does not support natively (it can only encrypt partitions and disks, but not containers). 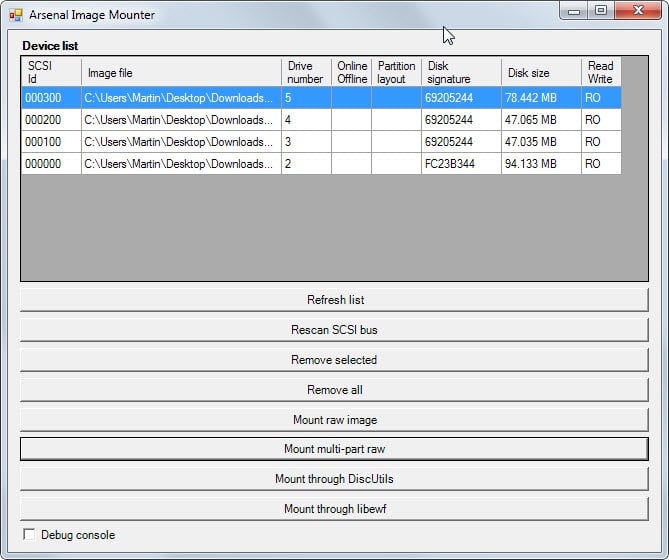 Lets take a look at the program's specifications and supported file systems and image formats:

A graphical user interface version and command line version of the program is provided in the archive. The screenshot above shows the user interface.

The program checks for the required driver on run and offers to install it if it is not present on the system yet. It installs a virtual SCSI adapter which ensures that mounted images make use of features such as Volume Shadow Copies and full Disk Management integration.

You select the mounting and removal options in the lower half of the interface. Each mounted device is listed with information in the interface afterwards including its disk size, mode (read only, or read and write), location, drive number and disk signature.

As far as options are concerned, you can set access to read only, to mount the disk with full write access which changes the contents of it or to allow temporary write access which saves written data to a temporary differential file so that the original disk image is not modified. 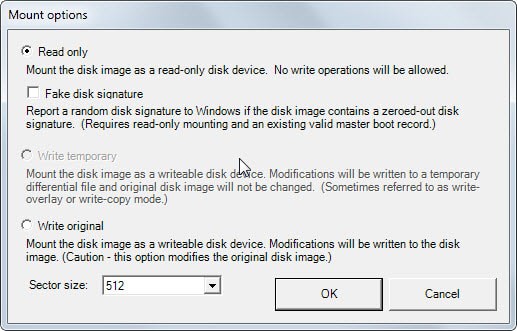 Arsenal Image Mounter is an easy to use program that supports a large variety of raw and virtual machine disk files. One of the downsides is that it does not support some common disk image formats such as IMG or BIN which means that you may need a second program for that if you require that as well. All in all though it is an excellent program.