Software and web development is essential for the improvement of apps and features. To keep you up to date with new releases and updates, we’ll share articles so you can see what’s happening in this exciting industry, such as new plugins and tasks.

WordPress may very well be the most popular software on the web these days, but most users don't know it. Why? Because it is the behind-the-scenes platform that is powering the sites […]

WordPress: protect your blog against spam without taxing plugins

I have tested many WordPress antispam plugins here on Ghacks, from Akismet which is more or less the standard plugin for many sites to plugins such as AntiSpam Bee and a couple […]

Ways to find websites that are copying your content

There are a couple of reasons why you may want to make sure no other website on the Internet has published contents that you have created without proper authorization. The main reason […]

Using .htaccess to redirect a folder and all of its contents

I'm currently doing some Autumn cleanup here on Ghacks. One of the things that I have sworn myself to tackle in this period is to fix all the not found 404 errors […]

How to merge WordPress categories without plugins

I'm currently working on reducing the site's categories and tags in an effort to reduce duplicate content and topical dilution. For that, I decided to merge a couple of categories into each […]

Create a special Windows 8 start screen icon for your website 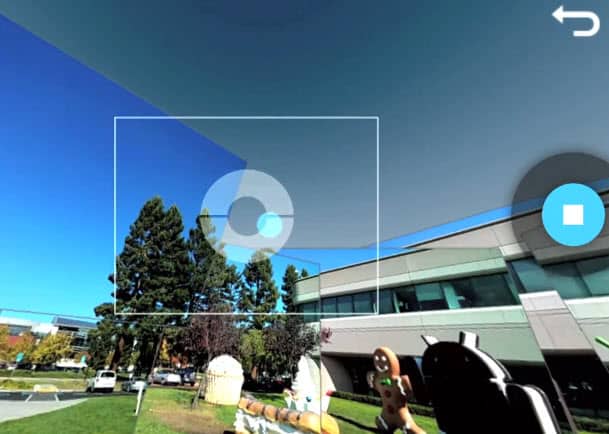 One of the coolest new features of Android 4.2 is Photo Sphere, a native photo application that you can use to create 360 degree panoramas that are saved as a single image. […]

How to block recurring spam in WordPress

For the past week I have noticed an increase in comment spam here on Ghacks. The spam would arrive in bulk - meaning in the hundreds - in a matter of minutes […]

Google made a lot of changes to its search engine algorithm and web rankings in recent time. Two of the changes that had a lot of impact on the Internet were the […]

Advertisement can be placed in several locations on a WordPress blog. Back in 2005 I used plugins to display ads here and there for a while until I figured out how to […]

I have been using Smush.it for some time now here on Ghacks to make sure that images are as small in size as they can possible be before they are published. It […]

One of your tasks as a WordPress admin is to update the blog software, themes or plugins whenever updates become available. Here it is essential to be fast if the update fixes […]

Mozilla Persona, formerly known as BrowserID and not to be confused with the theme switching feature Personas, is Mozilla's attempt to change how users sign up and log in on the Internet. […]

You need to be very careful when you buy websites or domains. You not only need to verify the claims made by the current owner of the website but also do extra […]

You may have heard previously about the free audio codec Opus, for instance when Mozilla some time ago announced that support for it has been integrated into the Firefox web browser. The […]

Most of the blogs that I own or administrate run a copy of the blogging script WordPress, and one common task is to take care of blog software and plugin updates. WordPress […]

As a webmaster I know that it is important to keep a close eye on the security of web properties. This includes updating scripts to new versions when they came out, making […]

Ilev yesterday mentioned in a comment that Web of Trust was flagging the Loginhelper.com website as a malicious site. When I checked the ranking it was in the lowest sector which meant […]

How to check your website's tags on OpenDNS

As a website owner you have to cope with a lot of situations. One of them is the classification of your website by services such as Web of Trust, business filtering solutions […]

One of the biggest issues that webmasters face on today's Internet are copy cats which are often referred to as scraper or scraper sites.These type of sites repost articles and texts posted […]

Fix Google AdSense ad serving has been disabled to your site

Google Adsense is one monetization method on the Internet. What makes it special is that it allows you to make money from sites where superior monetization options like affiliate sales or direct […]

Google back in 2009 released a whitepaper for SPDY (pronounced Speedy), an application-layer protocol for transporting content over the web. The idea was to reduce the load time when connecting to web […]

The open source software XAMPP provides webmasters with an easy way of installing an Apache web server on a computer system. The distribution is available for Windows, Linux, Mac and Solaris systems, […]

Sometimes you may want to customize the post template of a WordPress post. This can be the case for instance when you want to add something to the page the post is […]

Search engine manipulation has always been a thorn in the eyes of search engine operators such as Google or Microsoft. Gaming the system, to increase the rank of a website in the […]

A new WordPress version has been released just a minute ago. The new release brings the popular blogging platform to version 3.4.1. Webmasters and administrators should see notifications in the admin dashboard […]

To be totally honest, I do not really understand the rush to register that many new domain extensions. You may have heard previously that companies and organizations with deep enough pockets were […]

A new version of the popular WordPress blogging platform has just been released. Webmaster running a WordPress blog should see update notifications right now on their sites in the admin dashboard. Here […]

How to add your Website to Bing Webmaster Tools

As a webmaster it is becoming more and more important to stay in the loop. With all the Pandas, Penguins and other updates happening at a much faster pace, webmasters have to […]

So you have decided to create a new website, be it a personal blog, a website for a local sports club, or a new web service that you are about to launch. […]

Back in 2005 when I started this very blog that you are currently reading, I did not really care that much about the size of articles posted here on the site. While […]

The WordPress development team has just released version 3.3.2 of the blogging platform. WordPress 3.3.2 is a security and maintenance release that WordPress webmasters and administrators should install on their blogs as […]

Setting Up The Content Delivery Network MaxCDN In WordPress

Back in 2010 I started to use a content delivery network in WordPress to speed up the delivery of pages to users from all over the world. The basic issue without a […]

Teach Yourself Ruby With Hackety Hack

When I started to program back on my C-64 I taught myself. It was a rough start as it was more of a hit and miss thing without books and Internet, but […]

When you load a website in your browser, a lot happens in the background to render and display that website to you. Your computer makes a number of requests, one for each […]

Back in 2010 I published a list of WordPress plugins that were installed here on the site. You can see the original WordPress plugin listing with a click on the link but […]

If you have never visited a website before, you do not really know what's in store for you. The only information you have at this point are the web address, the anchor […]

As a WordPress webmaster, or webmaster in general, you are likely interested in how well your articles are doing. This can provide you with excellent insight into what the website's readership favors, […]

How To Analyze WordPress Plugin Performances

I have been using WordPress ever since I started blogging here on Ghacks in 2005. It has been a pleasant ride most of the time, with the occasional rough bump down the […]