A new version of the popular blogging software WordPress has just been released. WordPress 3.5 "Elvin" introduces a new default theme, Twenty Twelve, and better media handling among other new features. The theme name should not come as a surprise considering that previous default themes were aptly named Twenty Ten and Twenty Eleven. The new theme does away with the large and bulky header image in favor of a lighter, nicer looking theme that puts the focus on readability.

It is without doubt a minimalistic theme that uses almost no graphics at all to display the contents of the blog to the audience. Here is a screenshot of the Twenty Twelve theme after activating it on the Login Helper website. I have yet to play around with the theme though. From the looks of it, you can add a header image back to the theme and make a couple of modifications as well like adding a background image. (click on the image for the full screen resolution). 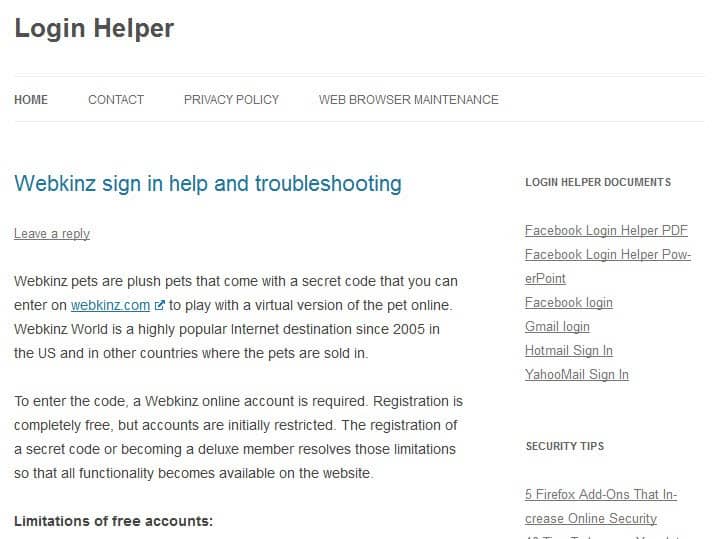 More interesting than that are the new media capabilities that the development team introduces in WordPress 3.5. It begins with a single button - Add Media - that you click on to work with media on the blog. A large overlay window appears that provides you with options to upload files or pick files from the media library instead.  Here you can also create galleries, set featured images or insert media from urls.

All media is displayed as thumbnails on the new media manager. A click on a thumbnail displays attachment details on the right that you can make use of to change title, text, description and captions as well as media related  display settings on the fly. 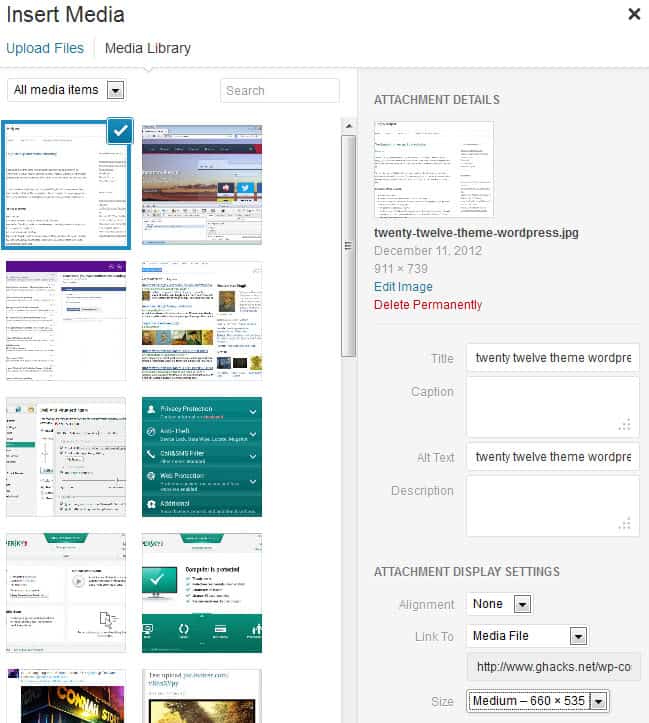 Image galleries have been improved as well. You can now use drag and drop to reorder them any way you want and benefit from the same level of controls that single media selections provide you with.

The following features are included in WordPress 3.5 in addition to the two major ones above:

Here is the WordPress 3.5 announcement video that covers all the main features that have been added to the new release.

WordPress webmasters can upgrade their blogs using the automatic update feature of WordPress, or by downloading the new release from the official website. As always, it is recommended to backup your blog before you update it to a new version.

Martin Brinkmann is a journalist from Germany who founded Ghacks Technology News Back in 2005. He is passionate about all things tech and knows the Internet and computers like the back of his hand. You can follow Martin on Facebook or Twitter
View all posts by Martin Brinkmann →
Previous Post: « Backup WordPress to Dropbox
Next Post: WordPress: Plugin Organizer gives you full plugin loading control »