Microsoft will no longer provide firmware and driver updates for its Surface Laptop 2. The device was launched alongside the Surface Pro 6 on October 2nd, 2018. 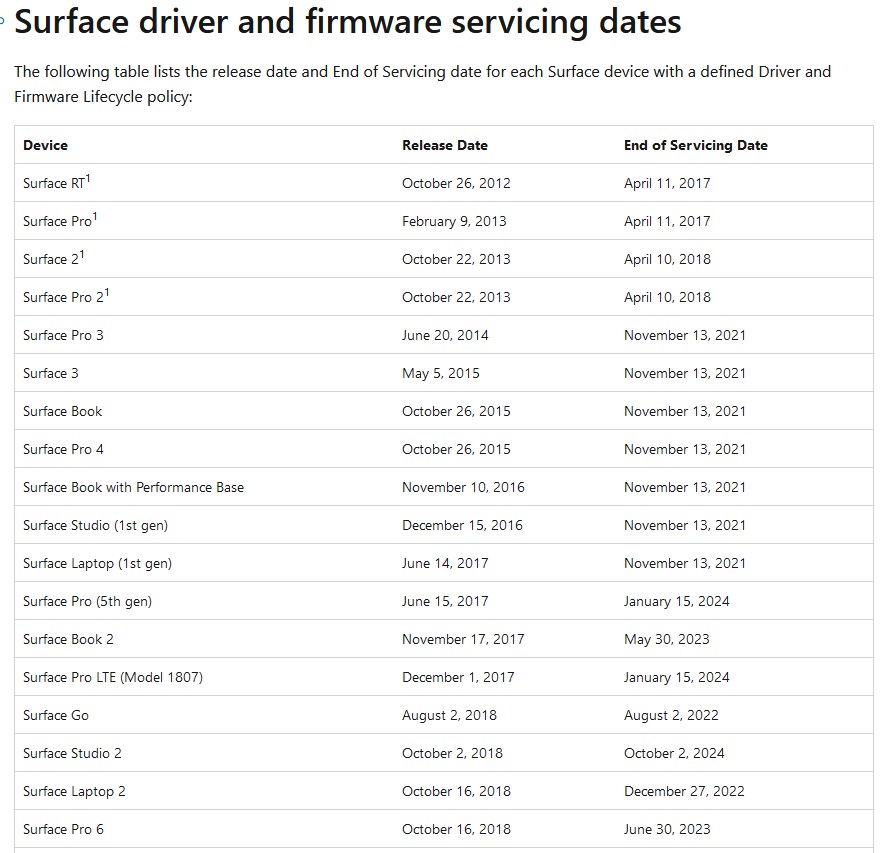 Four years later, the Surface Laptop 2 reached its End of Servicing Date yesterday, on December 27th, 2022. This doesn't mean the end of software support for the device, it will still receive regular OS updates, including feature drops and security fixes. The device shipped with Windows 10 out of the box, and was upgraded to Windows 11 this year. That's not surprising, since the base model of the laptop has an Intel Core i5 8250U 8th gen processor, 8GB of RAM and a 128GB SSD.

As Neowin notes, the lack of updated firmware and drivers could pose a problem in terms of compatibility, for example, third-party apps, and games that may require newer drivers may not be usable on the Surface Laptop 2. You can find the last version of the drivers and firmware on Microsoft's website.

Microsoft needs to improve its software support for Surface devices

In comparison to the Surface Laptop 2, the Surface Pro 6 will receive firmware updates for another six months, until June 30, 2023, for a total of 4 and a half years. That's not exactly impressive.

Microsoft appeared to change things a bit when it launched the Surface Pro X in 2019, as it would be supported for 5 years. This move didn't last, as the following year the company decided to go back to its usual routine of supporting devices for 4 years after they made their debut. Even the Surface Pro 9, Surface Laptop 5 and the Surface Studio 2+ which were announced a couple of months ago will get only firmware updates for 4 years.

It is rather strange that these computers which carry a hefty price tag ($999 and above) will not be supported by the manufacturer just 4 years after they were released. This is quite ridiculous for a Windows computer, as many OEMs support their laptops for a longer time, and these systems are often quite inexpensive compared to the Surface line-up. And let's not forget all the extra accessories that were sold separately with these devices, those add to the cost too, and may or may not be compatible with other laptops. You could argue that this could be a tactic to get the user to upgrade to a newer Microsoft Surface device, that's how I see it.

The situation wasn't always as bad as this, the Redmond company used to provide software support for its devices for 5 years or more, the 5th gen Surface Pro (2019) will be supported until January 2024, when it reaches that date, it would make it the first device in the series to receive software support beyond 6 years. The next device in the series that will reach its end of lifecycle will be the Surface Book 2 (May 2023).

Microsoft really needs to take a look at how Apple handles software support for its Macs. The Cupertino company includes firmware updates in macOS, and supports its devices for 6 to 7 years on average, you can refer to the macOS Ventura compatibility list for reference. The Surface devices cost almost the same, so why should they be dropped earlier?