The first feature update for Windows 11, version 22H2, could be released as early as September 20, 2022 according to Windows Central. Microsoft has not confirmed the date, and the site cites contacts close to the company as the source for the release date.

In late December 2021, the same site reported that the new Windows 11 version could be released as early as Summer 2022.

Windows 11 version 22H2 development reached a milestone in March 2022 when Microsoft announced that the update was feature complete. Work continued on fine tuning features and addressing bugs, and new builds were released to various Insider channels in the months that followed.

Windows 11 version 22H2 could be the last feature update for a while, as Microsoft could move to a three-years release cadence starting in 2023. New features would be introduced to the running system and not as feature updates, if that is going to be the case.

The new major Windows 11 release includes a number of changes and improvements. Start Menu and taskbar see some adjustments, as Microsoft plans to introduce features that it removed in Windows 11's initial release. The Start Menu, for one, gets support for app folders and an option to change the number of application rows. App folders allow users to pin multiple apps in a folder to improve manageability.

Drag and drop support is returning to the taskbar, which means that users may drop files on icons on the taskbar to have it processed by the app.

Suggested Actions is another new feature. It displays a small overlay with options whenever data such as a phone number is copied to the Clipboard.

Snap Assist, a handy feature to pick a layout for open windows by hovering over the maximize button, receives some love in the new release. Keyboard users can use Windows-Z to invoke the feature, but selecting a layout required use of the mouse. In the new release, Snap Layouts have numbers associated to them, so that it is easy to select a layout with just the keyboard.

It looks as if File Explorer tabs won't make it in the release, but Microsoft plans to release these as a smaller update later in the year.

Now You: Are you looking forward to Windows 11 version 22H2? 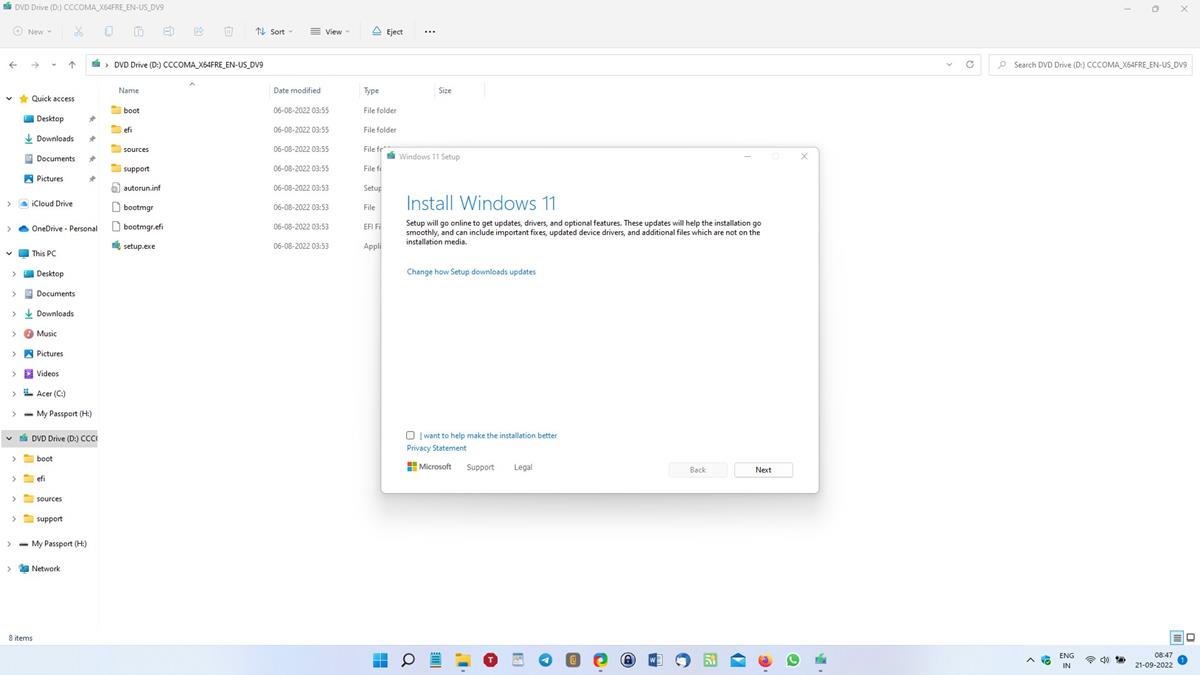