Windows 11 Insider Preview Build 25179 has been released to the Dev Channel. The update enables File Explorer Tabs, adds a new language pack, and ships with fixes for several issues. 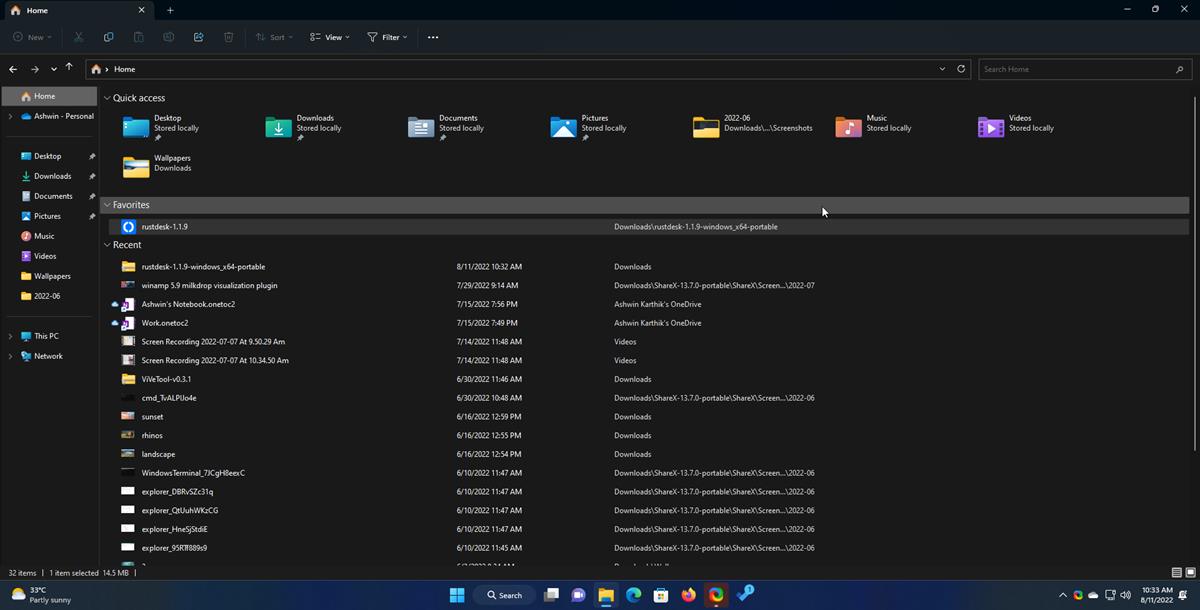 Microsoft is finally rolling out File Explorer Tabs for all users in the Dev Channel. The update also brings the new Navigation Pane with the Home section. The features were introduced in Build 25136 that was released in June.

Build 25179 brings a new Tamil Anjal keyboard for the Tamil language. Users can add it from the Settings > Time & Language > Language & Region > Language Options. The language pack is listed as Tamil (India).

The Touch Keyboard's key repeat rate has been tweaked, and now supports a rate of 20 keys per second.

A bug that was causing apps like Excel to crash or hang, while attempting to Print has been fixed. The reliability of Explorer.exe has been improved. The context menu in File Explorer now displays a Mount icon while right-clicking on ISO files. The buttons for maximize, minimize and close window should now be visible when a Contrast theme is enabled.

Microsoft has fixed the bug that was resetting the Widgets preferences, causing it to forget the temperature units and pinned widgets. Taskbar flyouts should not appear on the opposite side of the screen. Crash issues related to the Settings app, and Input Switcher have been mitigated. A problem that was causing app installs to fail with an error code 0x80080204 has been patched.

The clipboard history shortcut, Win + V, should now display all items that you copied using Suggested Actions. The feature's recognition for date/time in existing supported locales has been improved. The System > Clipboard page will remember your Suggested Actions settings correctly. Resizing some app windows near the edge of the screen in mixed DPI environments was causing the window to jump and shrink, Microsoft has fixed this issue.

Users with a Microsoft account and AAD (Azure Active Directory) can enable a languate-neutral word list for the spelling dictionary. The option is available under Settings > Accounts > Windows backup > Remember my preferences > Language preferences.

There are 2 new known issues in Windows 11 Build 25179. Computers that are low on storage space may not be able to update to this build, and will result in a download error 0x80070001 in Windows Update. Microsoft has advised users to ensure their system has 24GB of disk space or higher, to download and install the update. A fix for the error will be made available in the next flight.

The Taskbar may fail to appear if File Explorer is maximized, and the taskbar is set to auto-hide. Microsoft is investigating this issue. Prior known issues related to Easy Anti-Cheat, poor FPS in games, printing problems, File Explorer glitches, etc are yet to be fixed. Please refer to the full release notes for more details about the other known issues in Build 25179.

Microsoft has also released Windows 11 Insider Preview Build 22621.575 & Build 22622.575 for users in the Beta Channel. The updates include fixes for File Explorer, Taskbar, the Photos app, and more.

Volume Mixer is coming to Windows 11's Quick Settings Panel, here's how to try it

Previous Post: « Microsoft improves Windows 11's Smart App Control, but you may not be able to use it
Next Post: « Rumor: Windows 11 version 22H2 release date could be September 20, 2022