Applications like TaskbarX, TaskbarDock can be useful in centering the icons and tweaking the Windows Taskbar. There is a new program which can make it look more stylish: TaskbarCustomizer.

Extract the portable archive and run the program. TaskbarCustomizer's interface is quite simple and has a few settings that you can customize. 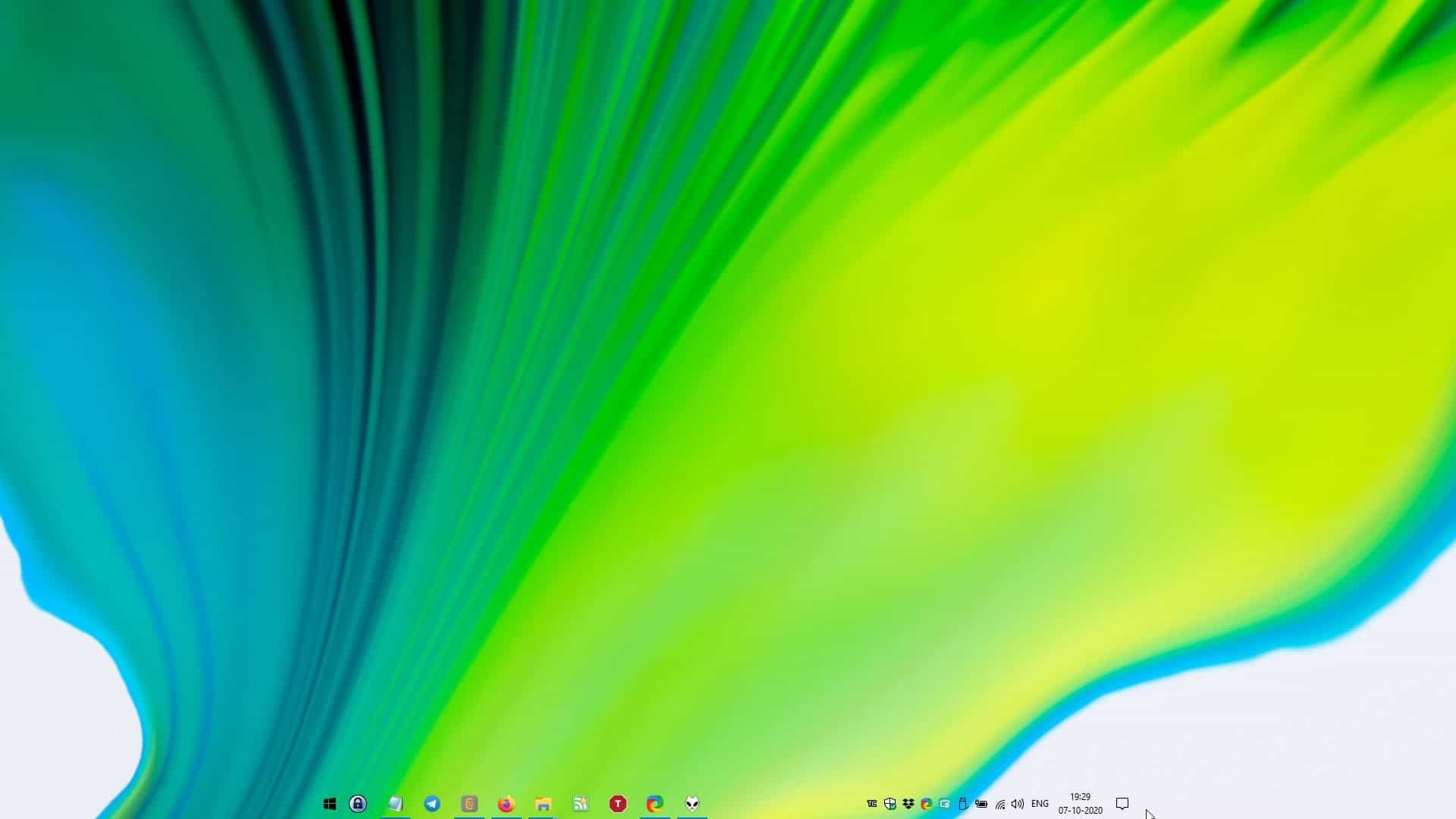 But first, click on the Start button at the bottom of the window. This makes the Windows Taskbar shrink in width and centers the icons on the screen. Unlike other taskbar programs which center the icons, this one also moves the Start button, the system tray, the Action Center and Show Desktop buttons to either side of the taskbar. The background of the taskbar becomes transparent as well. 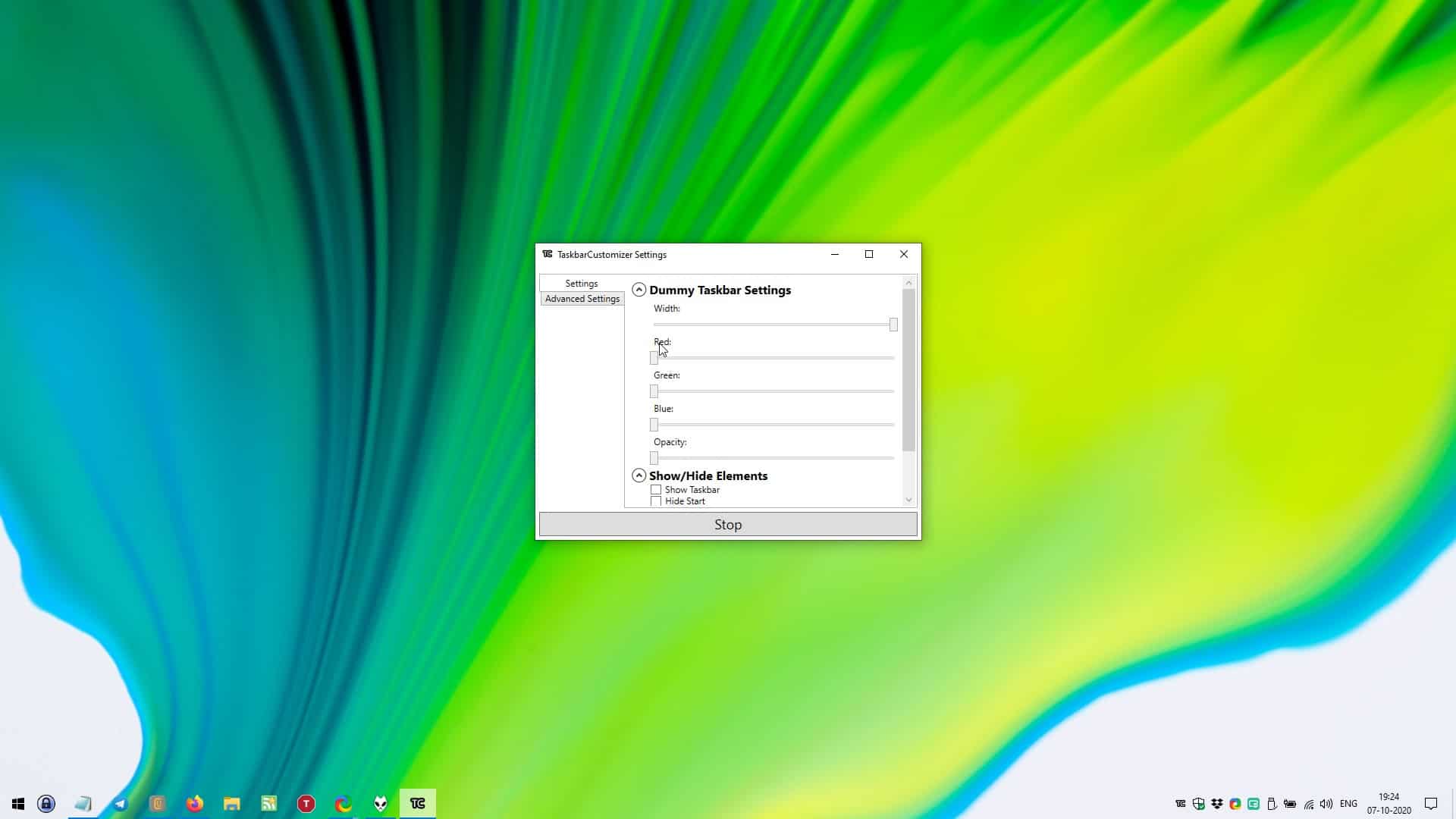 Don't click on the close button, instead use the minimize button to send TaskbarCustomizer to the system tray, and let it run in the background. To open the application again, double-click on the tray icon.

Let's get back to the program. The first setting is Width: to change it drag the slider to the right and the taskbar becomes larger. Move it towards the left to decrease the size. The modifications are done in real-time, so you don't have to restart the program or the Explorer process, for the changes to take effect. This option is pretty useful if you have lots of icons like me. If you dislike the centered taskbar, increase the width and use the program to customize the other options. 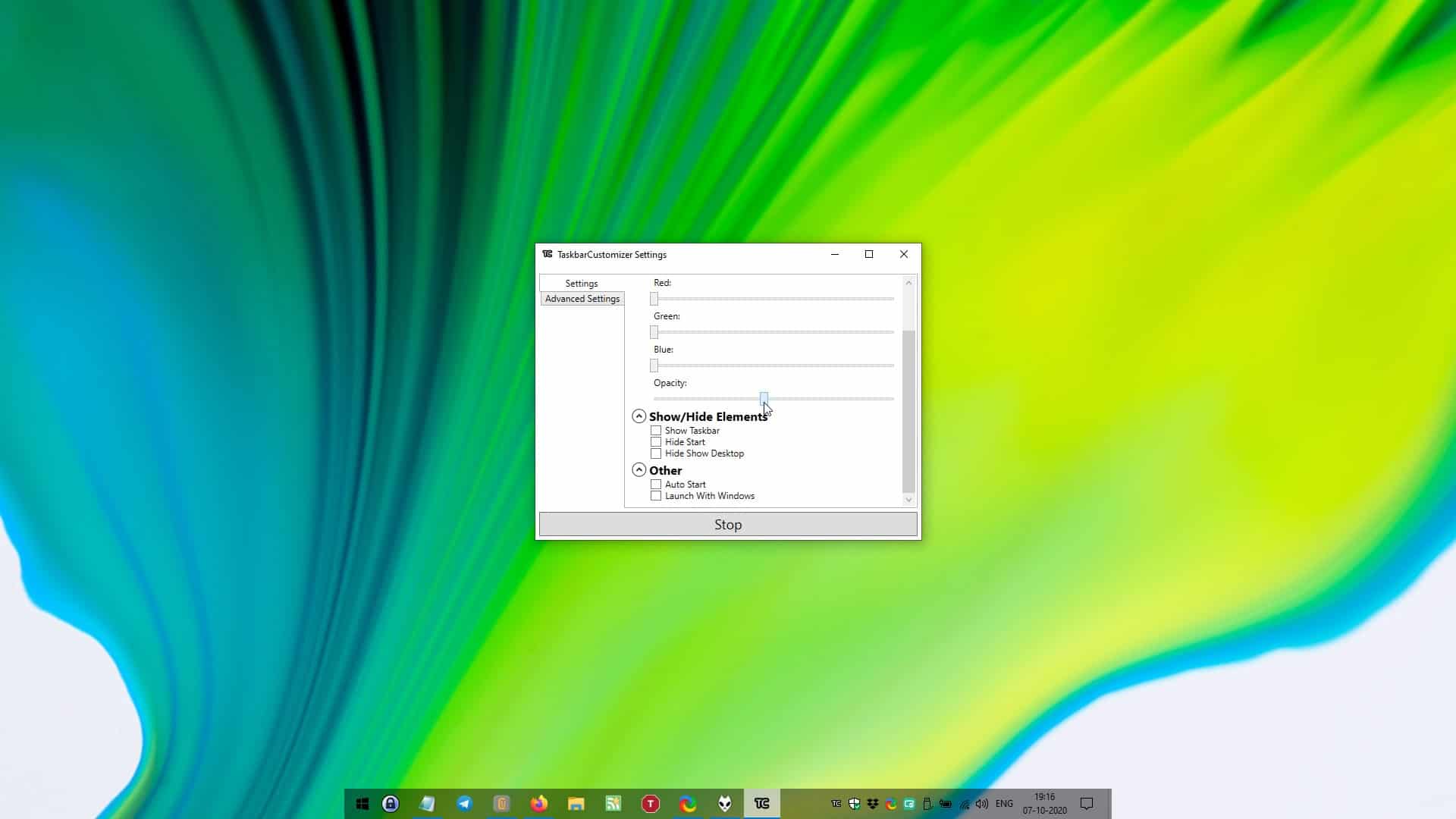 The next three sliders in TaskbarCustomizer are used to control the RGB color settings. These won't work if the taskbar background is set to  the maximum opacity level. 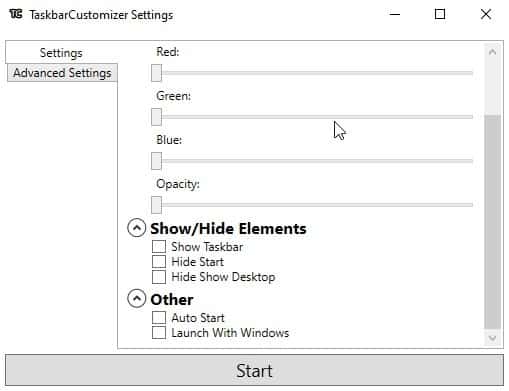 There are a few things that you may want to change. Since the program makes the Start button and Show Desktop button appear next to the centered taskbar, it may be a little difficult to get used to the new positions. You can toggle the Hide Start and Hide Show Desktop options to clean up the appearance slightly. Doing so however does not return the visual elements to their usual locations, it just disables the options entirely. You can still access them using the Windows key, and the Windows + D keyboard shortcuts. 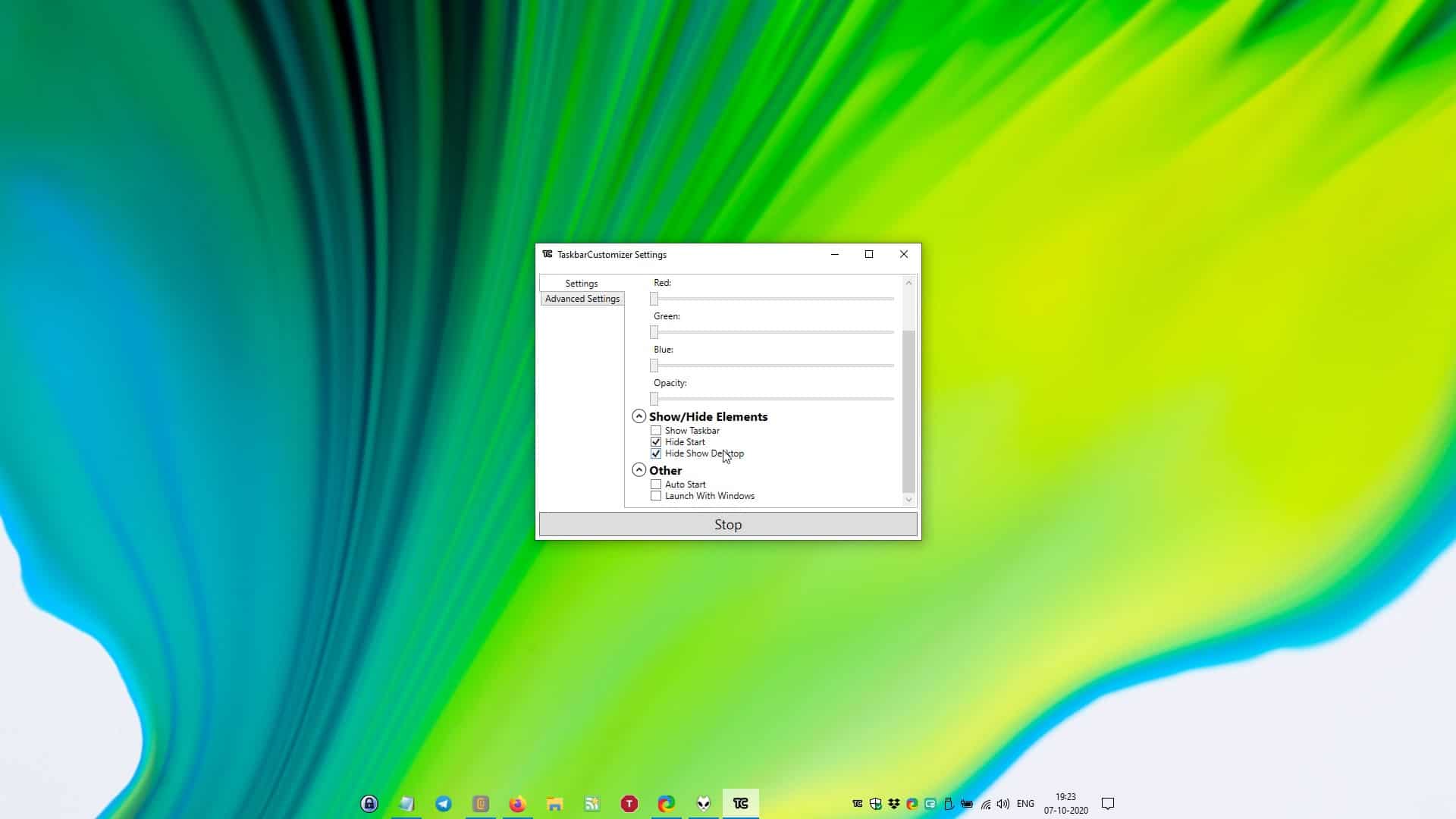 And while we are focused on the buttons, the Action Center button which is on the edge of the centered taskbar, does not display its panel next to it. The notifications are displayed as normal, i.e., on the right edge of the screen.

Optionally, TaskbarCustomizer can be set to automatically start with Windows. The Advanced Settings tab on the left pane displays the script of the customizations you set using the interface. You can manually edit it and click on the Update Settings button to save the changes that you've made. 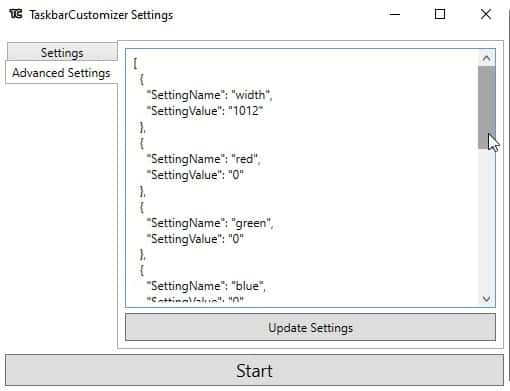 Bug: Closing TaskbarCustomizer results makes the Windows Taskbar dark including the system tray and the Start button, though all elements remain clickable. To fix this, open the Settings app > Personalization > Themes, switch to a different theme and back to the one you were using to fix the issue.

TaskbarCustomizer is an open source program written in C#. I tested it on Windows 10 2004.

Ashwin has been blogging since 2012 and is known among his friends as the go to tech geek. He is a self-proclaimed Android expert, a PS4 and PC Gamer, a Firefox fanboy, a Nintendo aficionado, and an iOS tinkerer
View all posts by Ashwin →
Previous Post: « Keep the contents of two directories in sync with SyncFolders
Next Post: Yale is a freeware tool that displays your CPU, memory, disk and network usage in a compact widget »