True to its name, Textbrowser can open multiple documents at the same time in a tabbed manner. Of course, you can use it to create and edit text files using the editor at the center of the screen.

Textbrowser is compatible with all supported versions of the Windows operating system as well as unsupported systems such as Windows XP or Vista.

The Toolbar offers basic file operations, editing actions, and lets you switch between tabs and files quickly. The Menubar at the top lists advanced options that you may not need all the time. 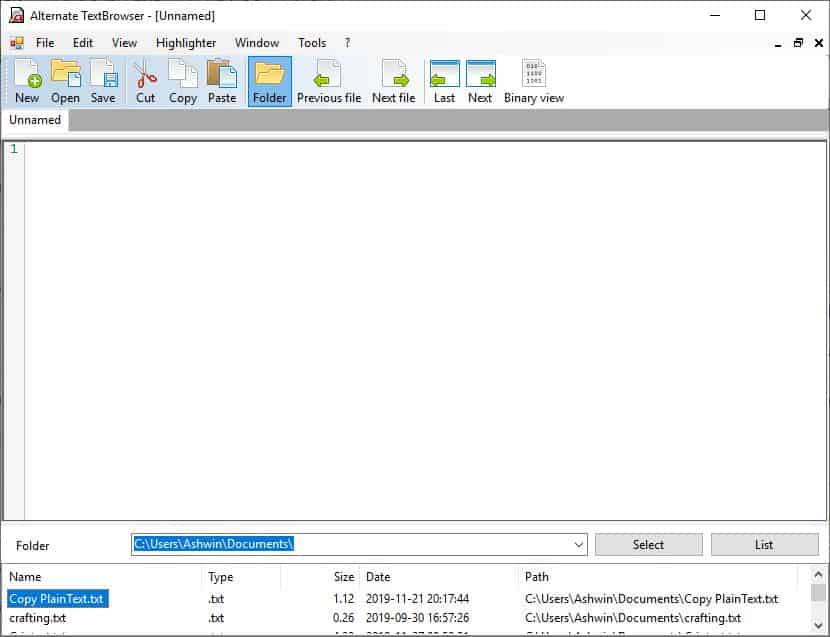 The Edit menu is useful if you want to change the selected text from Uppercase to Lowercase or the other way around. It can also add the current date and time to the text and remove empty lines.

You can disable some of the program's visual elements from the View menu. It contains toggles for Word Wrap, Switch Editor and Binary View.

There are three additional view options; Line Numbers, Special Characters, Highlight Active Line, but these only work in the secondary editor mode which you toggle using the Switch Editor option. When enabled, the changes are quite reminiscent of Notepad++'s editor.

The editor supports TXT, HTML and XML files by default and syntax highlighting which you may access from the Highlighter menu. Support for programming and scripting languages such as VB, JS, Lua, SQL, C#, or PHP is included natively. Text editors designed specifically for coding, e.g. Geany or Atom offer better functionality though.

The Window menu is perhaps what I liked best in Alternate Textbrowser. It lists options to tile documents horizontally or vertically, and to cascade them.

If you pick horizontal or vertical, you may place multiple documents next to each other. Cascade as the name suggests changes to stacked windows. Regardless of which mode you're using, the tab bar at the top is visible so that you may switch quickly between open documents.

Tip: To exit Tile or Cascade view, just hit the maximize icon on one of the opened document windows.

There is a Folder selection menu below the editor pane. Selecting a directory will display all the documents that it contains in a small pane at the bottom of the screen. This can then be used for opening the document quickly; that's another neat feature to have. 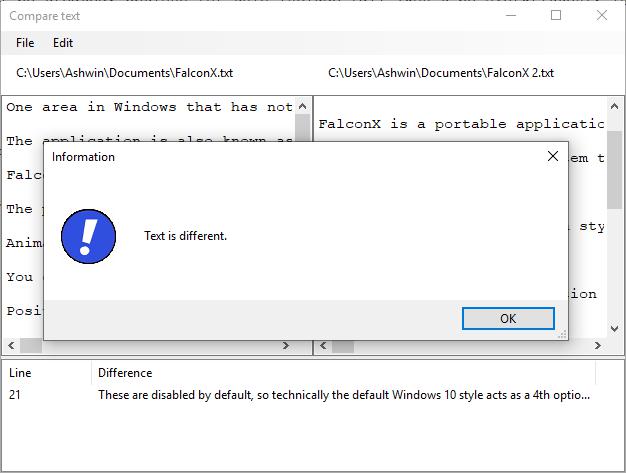 TextBrowser has an ASCII code viewer and a compare text tool which are both available from the Tools menu. The latter can be used to select a source file and a second one, and compare the differences between the two.

Both the installer and the portable version of Textbrowser come with two standalone tools from the same developer called Memo and Calculator. You can access them from the program's folder, or directly from the interface from the Tools menu. 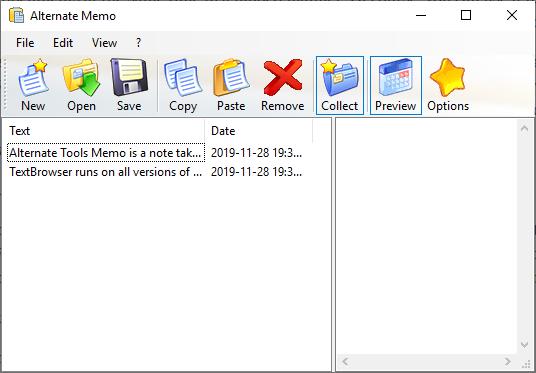 Alternate Tools Memo is a note taking application. When Memo is opened (and in the background), it manages to capture text that you copy to the clipboard, which I found to be pretty useful. The Alternate Tools Calculator program is pretty good and supports scientific functions and currency conversion. You can edit the currency values or add new ones too. 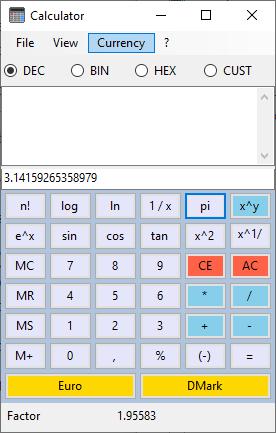 TextBrowser may not be as comprehensive and feature-rich as Notepad++ or other advanced text editors for the Windows operating system, but it is well designed and supports a handful of useful features.

Ashwin has been blogging since 2012 and is known among his friends as the go to tech geek. He is a self-proclaimed Android expert, a PS4 and PC Gamer, a Firefox fanboy, a Nintendo aficionado, and an iOS tinkerer
View all posts by Ashwin →
Previous Post: « LockHunter 3.3.4 released with new UI and features
Next Post: Archive Manager PeaZip 7.0 is out »