While the past couple of days were filled with news about the new version of Windows 10 and its massive list of bugs, Linux users have the opportunity to test a new version of Fedora Linux as well.

Fedora 28 is the new version of the Linux distribution and it is available as a Workstation, Server and Atomic Host release.

New users can head over to the official Fedora website to download their version of choice. You may download an ISO image or use the Fedora Media Writer application for the operating system to download and save the Fedora image to an USB Flash Drive which you may boot from. 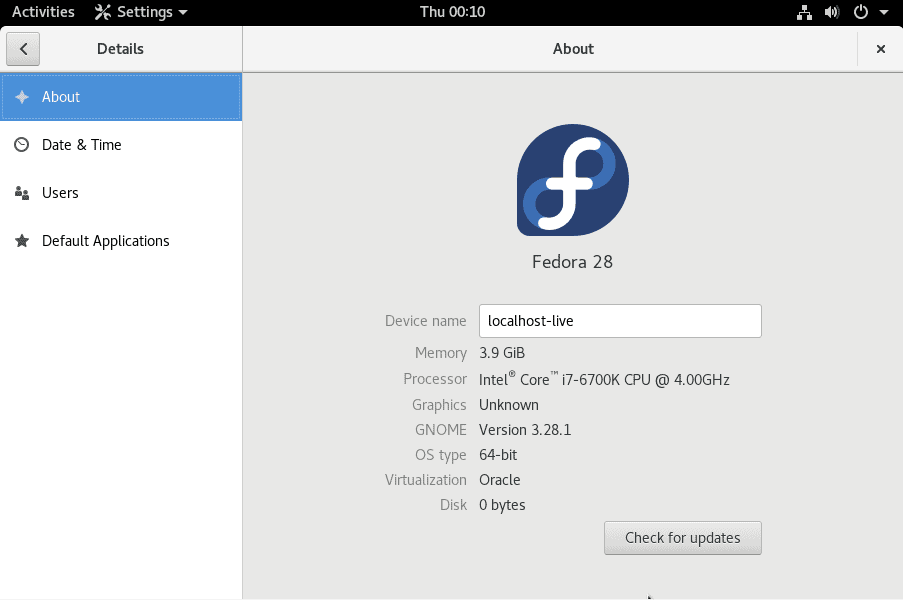 Fedora 28 is a big release that adds and improves features. The new version of Fedora comes with GNOME 3.28 which adds support for new features such as adding file or folder favorites, support for Thunderbird 3, improved battery life, a new on-screen keyboard, media improvements, or a new Usage application to diagnose and fix performance and capacity issues. 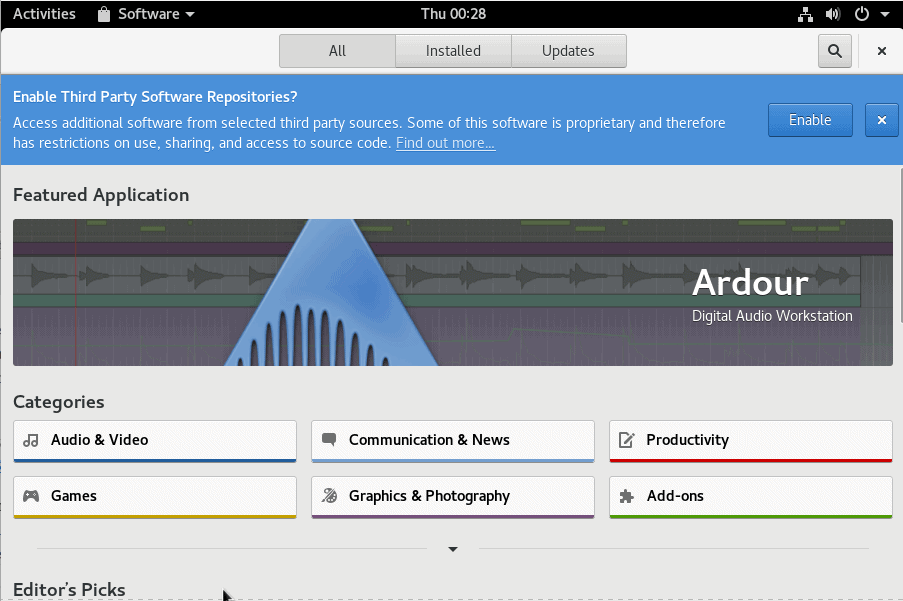 The first time you open the Software application you are asked if you want to enable third-party repositories. You can manage these with a click on Software > Software Repositories as well to include or exclude the supported third-party resources.

Other changes in Fedora 28

Previous Post: « A look at Peek screen recorder for GNU/Linux
Next Post: A look at FocusWriter distraction free text editor on GNU/Linux »