It is the second Tuesday of the month, and that means it is once again Patch Day over at Microsoft.

The company has released security updates and non-security updates for client and server versions of its Windows operating system, as well as for other company products today.

Our guide provides you with information on these updates. It lists all security bulletins that Microsoft released this month, and all non-security updates and security advisories.

It starts with an executive summary that highlights the most important information, and lists who all client and server operating systems, and other Microsoft products, are affected this month.

Last but not least, it provides you with information on how to download the updates, direct links to major updates, and links to resources that provide you with additional information. 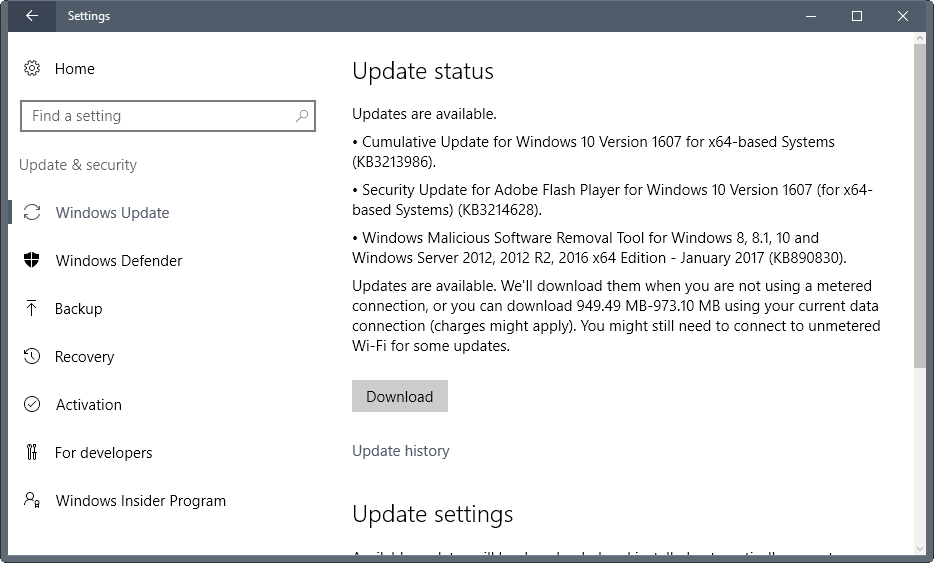 All are affected by MS17-003, a bulletin that patches Adobe Flash Player. That's also the reason why Windows 7, Vista and Windows Server 2008, 2008 R2 and 2012 are not affected by the vulnerability.

It is also interesting to note that Microsoft rates MS17-001 as important, even though Microsoft Edge on Windows 10 is affected by the vulnerability critically.

How to download and install the January 2017 security updates

This means that options are limited when it comes to updating systems running Windows 7 or newer versions of Windows.

Download links are provided in the next section below.

To check for updates on Windows Update, do the following: