Microsoft kicked off this year's BUILD conference with a bang as it made several interesting announcements today.

For starters, the company revealed the name for the new web browser which it called Spartan up until now.

Microsoft Edge will be the default browser on Windows 10 devices. It may be no coincidence that Edge is also the name of the rendering engine used by the browser.

Windows 10 devices will ship with Internet Explorer as well but it won't be the default browser and is only included for legacy compatibility purposes.

Moving on, the company revealed several new features coming to Windows Store. One of the most thought after is integration of Win32 programs in the store.

A new SDK enables companies to include programs in the store similar to how apps are currently offered in it. Gone are the days where desktop programs are only available as links in the store.

The integration includes support not only for installations of programs integrated in the store but also updates and removals. 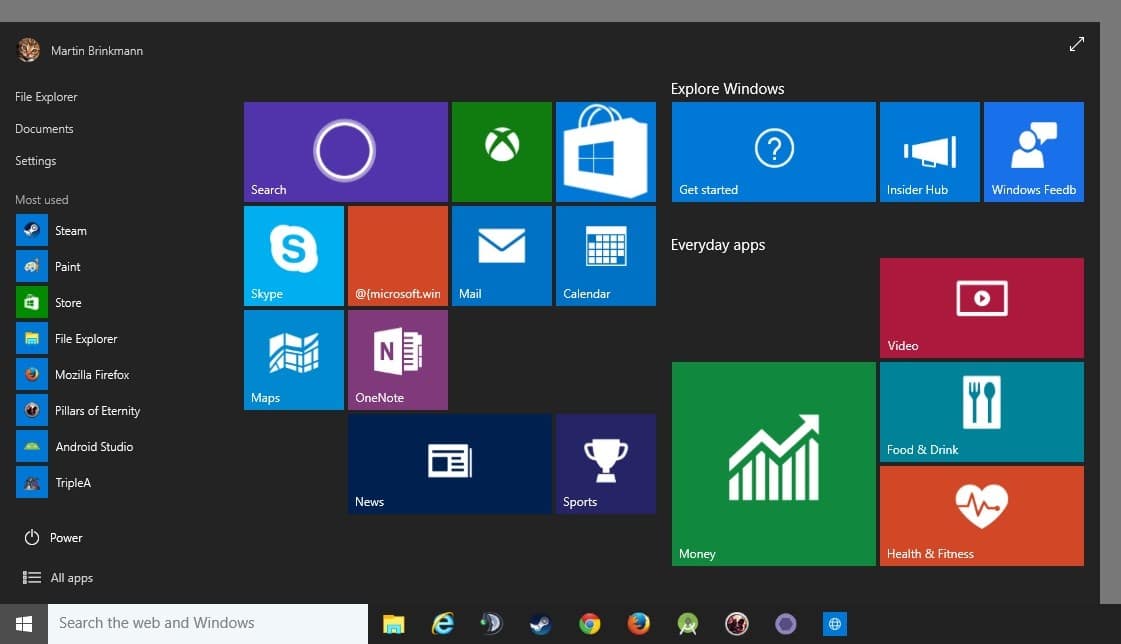 Still not all though. Android and iOS developers get access to two new SDKs which simplifies the porting process to Windows 10. While it won't be a one-click solution to convert apps into universal applications that run on Windows 10, but it will improve the process and reduce development time.

Another interesting feature is Continuum which turns a Windows 10 smartphone into a PC (or something close enough) by connecting it to a HDMI monitor, keyboard and mouse.

Microsoft plans to bring its Windows 10 operating system to one billion devices within the next two or three years.

The goal includes all devices the operating system runs on and while the free for the first year offer will certainly push the system on devices, it is an ambitious goal.

We don't know much yet about the integration of desktop programs in Windows Store. For instance, what are the requirements to get programs listed in store. Will it be free or paid only? What about adware? How are updates handled, especially those that are time-critical because of security issues or bugs?

Depending on how it is implemented, it could be a useful feature for as long as this is one optional way to discover, install and update software on Windows devices.

The new SDKs to get Android and iOS applications ported to Windows could give Microsoft an edge as well but it all depends on how it is received by companies and developers. If it really cuts down the time it takes to port apps to Windows, it could give the ecosystem a much needed push in the right direction.

Now You: Did Microsoft reveal features today that you are interested in?

Previous Post: « Google to switch all users to the new Google Maps
Next Post: What you need to know about Office 2016 before you install it »