Yesterday Martin wrote up his thoughts and concerns about the forthcoming Windows 8 operating system from Microsoft.Â  I've spent much more time with Windows 8 so far, have given talks about and I'm current writing two books about how to get the best out of it, one for complete novices and another for IT Pros and Enthusiasts.Â  I thought then that I might be a good person to respond to some of Martin's concerns and perhaps bring a different perspective to the discussion.

I don't want you to think though that I will be spouting Microsoft's official PR line, the company is perfectly capable of doing that on their own and they don't need me to help them.Â  What I want to bring to the discussion though are the thoughts from someone who has spent some time with the OS, knows perhaps a bit more about what's coming than I generally let onÂ  ;)Â  and understands the different aspects of the OS in some depth.

Many of Martin's concerns centre around the new dual-interface between the desktop and the Metro UI.Â  This is a legitimate question about why we either need or should have a dual-interface in an operating system.Â  I feel that Windows 8 is a transitional OS between the way we've been doing things now for around 30 years and the way we'll be doing them in the future.Â  Anybody who has spent any time working with a tablet will intuitively use Metro and won't even think about the fact that they've only got one (or two) apps open at a time.Â  We've just gotten used to it. 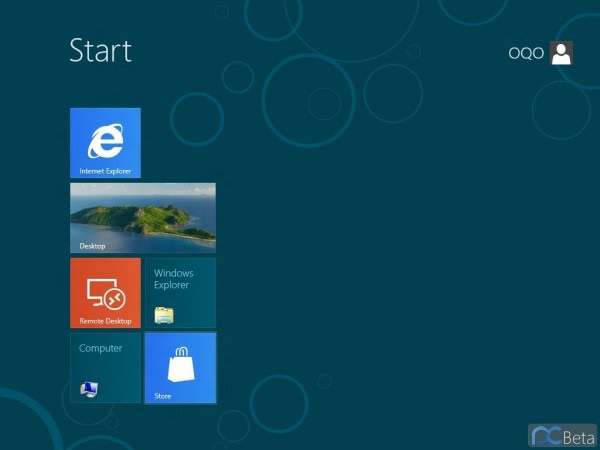 Martin is quite right though that people often have other things running in the background such as messenger apps, multiple browser tabs and so on.Â  If you look at the way some tablet operating systems handle these you can get some idea of the direction that we're going in with Windows 8.Â  Don't assume for a moment though that Metro in Windows 8, as seen in the Developer Preview or as expanded in the Consumer Preview (beta) will be anything like Metro when Windows 9 arrives, or even Metro when Windows 8 Service Pack 1 is delivered.Â  As a UI it's still a concept, even though it's roots can be traced back almost a decade ot Windows Media Centre, and as such much is set to change and evolve in the next three years.

So how this multi-application space works in Metro with Windows 8 will be determined by how people and companies write their apps.Â  We will see a great many different ways of doing things as many imaginative people bring their own ideas and concepts to the Metro UI, and it will be interesting to see where these take us and what Microsoft officially adopt.

Ultimately then we will lose the desktop.Â  The fact that we've been using it for the last thirty years doesn't mean there isn't a better way of working.Â  Metro may not be it, but we have to start somewhere.Â  I'm not sure how much I'll use Metro myself but despite having a very uncluttered desktop, the prospect of having an interactive one that is telling me, all in one place, what my latest email is, who's mentioning me on Twitter, what the forecast is for tomorrow, what my next appointment is, the current currency rate between the Â£ and the US$Â and more is very appealing.

Regards using the desktop, Microsoft have said that, even if it's just in group policy, you will be able to set the desktop as your default UI.Â  This will be important for people for whom all their software requires it.Â  While we've seen some very imaginative tablet apps appear such as Adobe Photoshop Touch, it will be several years before top quality professional-grade apps appear for Metro.

Martin also raised concerns about using Metro and the new Windows-orb'less desktop with a mouse and keyboard.Â  While Microsoft have not announced anything yet, they have said that everything you can do with touch you will be able to do with the mouse and keyboard.Â  Personally I'm looking forward to seeing what new mouse gestures they offer.Â  Also don't forget that very soon we will have monitors and laptops with Kinect sensors in them as well.

Martin is quite right though that as things stand the dual-interface, and how you switch between them and control them, can be confusing.Â  It's partly for this reason that one of my new books "Windows 8: Out of the Box" has been commissioned where it probably wouldn't have been for Windows 7.Â  On this we'll just have to see what Microsoft offer us to increase usability and to minimise the learning curve.

So what about the Start Menu?Â  Microsoft wrote a very long blog post detailing why they were making the changes they were back in October.Â  I am of the opinion however that the Start Menu should have been dropped when the Windows 7 taskbar was introduced.Â  These essentially offered us two completely different ways to find and launch programs.Â  All Microsoft need to do is find a way to control (or bucket) all the extra programs (uninstallers / utilities etc.) that appear in the Start Menu and all new programs should be pinned to the taskbar by default.Â  For my part, I won't be sad to see the Start Menu go.

To reassure you Martin there is a great deal more coming for desktop users and IT Pros, but that none of it was finished in time for the Developer Preview.Â  When the Consumer Preview is released in a couple of weeks we will all see what these features are but Microsoft have promised several hundred small and large features in total still to come.

Let's be honest that Windows 8, as I said earlier is a transitional OS, much in the way early builds of Apple's OS X were when the company was moving people off old PowerPC software.Â  It is probably going to be painful for some, but if there really is a new way of working ahead of us that can genuinely help productivity, usability and most importantly accessibility with computers, then I believe we should embrace it.Â  For a while though it will have to co-exist with the traditional desktop and there can never be a truly integrated way to do that.

Previous Post: « On Keeping An Open Mind When It Comes To Windows 8
Next Post: « Why Have Microsoft Been So Quiet About Windows 8