Aero Peek For XP And Vista

Aero Peek is one of the new features that gets introduced in the new Microsoft operating system Windows 7 that is poised to come out later this year. Aero Peek actually refers to a set of features that are introduced, one of them offers the ability to show the computer desktop hiding all active windows in the process. The feature in Windows 7 is enabled by hovering over an icon in the Windows 7 Task Bar.

AeroPeek for Windows XP and Windows Vista tries to mimic that behavior. It works by clicking on the program's system tray icon which will hide all active windows and display the computer desktop instead. Another click on the icon will display the windows again. This is different from the behavior in Windows 7 as it is now possible to interact with desktop elements.

The main use for this feature however is the display of desktop gadgets and other information that are displayed on the desktop. It is different from pressing [Windows D] which will minimize all windows and bring them back upon pressing the keyboard shortcut again. Windows D may change the active window when used while Aero Peek will always return to the window that has been active before. 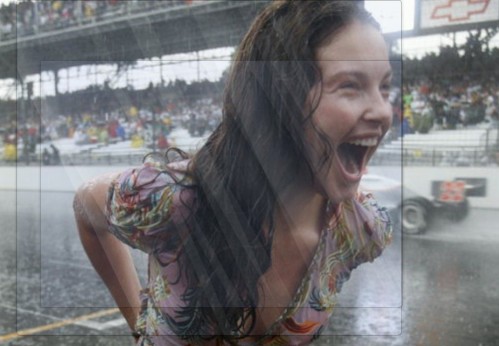 Still most users will probably prefer the Windows D shortcut as it does not require another software to be running permanently in the background. Aero Peek requires the Microsoft .net Framework 3.5 Service Pack 1 and a computer running Windows XP or Windows Vista.

Update: Please note that you can run the program under Windows 7 and newer versions of the operating system as well. The functionality the program remains the same, it automatically hides all open windows that are visible on the screen so that you can peak on the desktop. Another click returns the windows to their original location. While it may make sense to run the program on Windows 7, if you prefer to click instead of using the shortcut for instance, it does not make that much sense to run it under Microsoft's Windows 8 operating system.

The reason for that is that Microsoft removed the system's gadget support. While you can still use third party programs to add gadgets back, it is likely nothing that a lot of users of the operating system will do. Those who do however may find the program still useful.