Firefox users who run the temporary file cleaner CCleaner on their systems may have noticed that extension settings are removed after running the program. The issue affects all recent versions of CCleaner and devices with Firefox 79 or newer installed.

What makes the issue particularly troublesome is that Firefox users informed Piriform, the maker of CCleaner, about the issue on July 1 when Firefox 79 was released to the Beta channel. Firefox 79 Stable was released on July 29, 2020 and users started to experience the issue from that day forward.

Update: the latest version of CCleaner fixes the issue. End 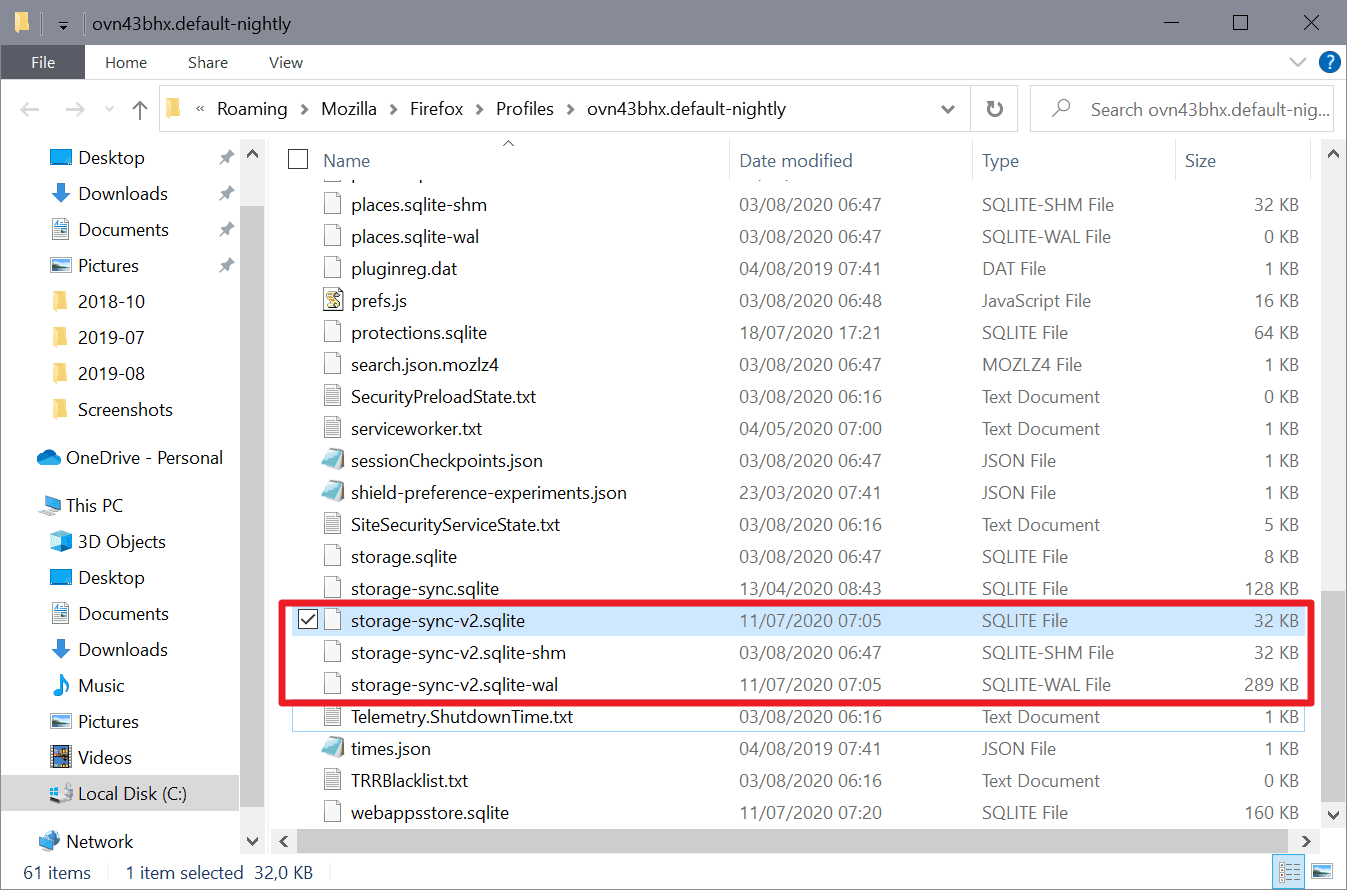 Extension data that had been stored locally in existing profiles will automatically migrate the first time an installed extension tries to access storage.sync data in Firefox 79. After the migration, the data will be stored locally in a new storage-sync2.sqlite file in the profile directory.

Firefox creates new files in the profile folder when that happens:

CCleaner, unaware of the change, will delete two of the files when it is run (the last two) as shm and wal files are considered Internet cache items and thus deleted by the program.

Users of the CCleaner forum have posted a workaround for the issue. All that it takes is to add a new exclude rule in the ccleaner.ini file.

CCleaner users could exclude Firefox from being cleaned as well until the issue is resolved.

You can also add the two files in question under Options > > Exclude > Add.

CCleaner has been flagged as a potentially unwanted software by Microsoft Defender recently because of its bundling of other software offers in its installer. While the offered software is legitimate, e.g. Google Chrome and Avast Antivirus may be offered, it may lead to users installing software on their devices that they don't want.

CCleaner is a controversial tool. It is highly popular and widely used by Windows users to clean temporary files, but it may also cause system issues depending on how it is used, and it had its fair share of privacy-related issues in the past.

Now You: Do you use CCleaner? (sources Born, Techdows)

Previous Post: « Open the location a photo was taken on Google Maps with these Windows tools
Next Post: Listen to online radio stations with VRadio; a portable application for Windows »