Microsoft published a standalone security update for Windows 10, KB4524244, on the February 2020 Patch Tuesday. The security update addressed "an issue in which a third-party Unified Extensible Firmware Interface (UEFI) boot manager might expose UEFI-enabled computers to a security vulnerability" according to Microsoft.

The update was released for Windows 10 versions 1607 to 1903. Cumulative updates installed on February 11, 2020 or any other update installed on that day are not affected by the issue according to Microsoft. 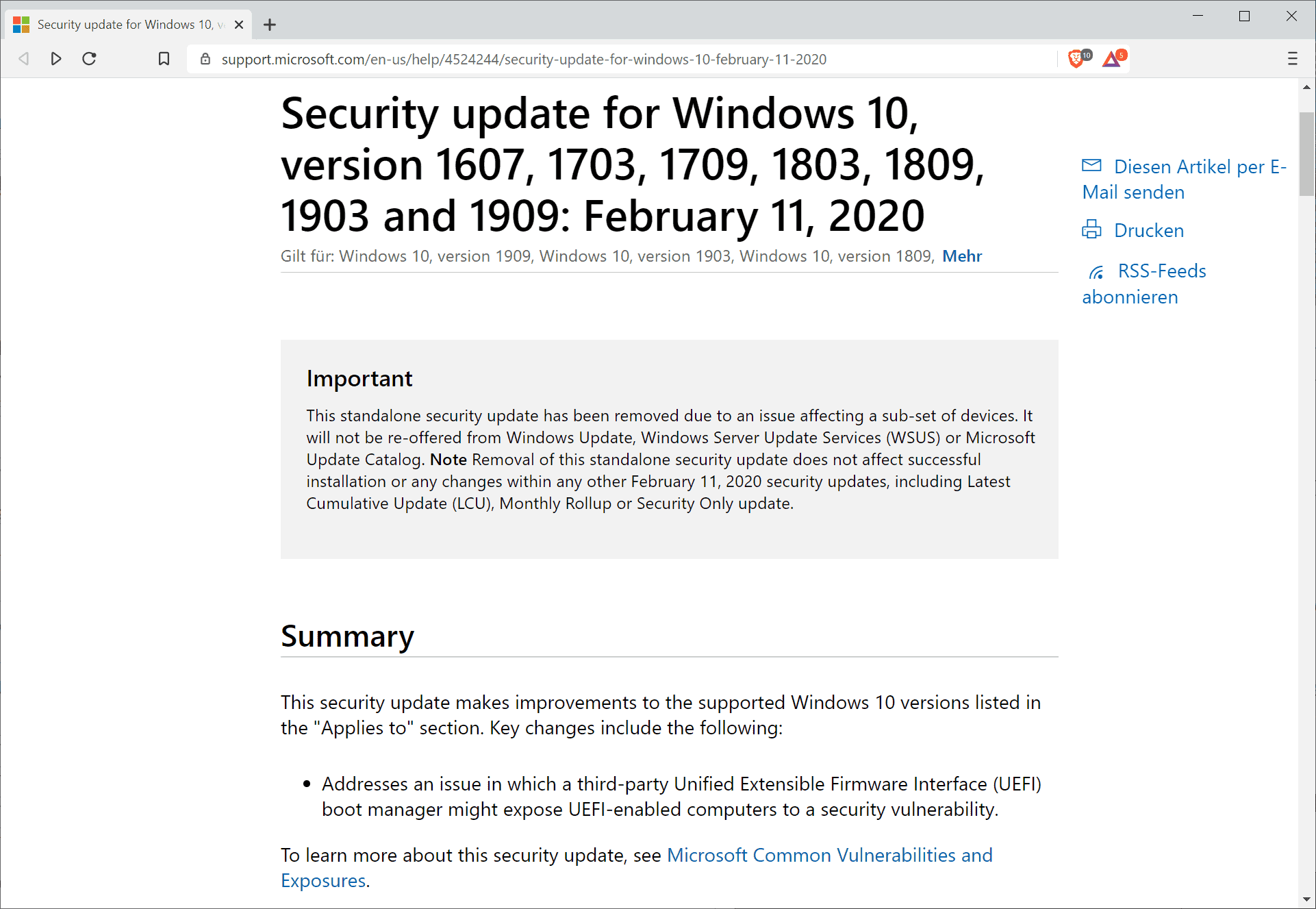 Confirmed user reports about system freezes, boot problems, and installation issues started to emerge after the release of the standalone update; Microsoft made the decision on February 15, 2020 to pull it from Windows Update, WSUS, and the Microsoft Update Catalog website.

Tip: we have published a guide on installing Windows updates manually.

The company updated the support page on February 15, 2020 to inform its customers about the decision:

Microsoft does not detail most issues that users may experience. The known issues section is vague as well but it highlights one issue that users may run into. According to the description, the operating system's "Reset this PC" feature may not work correctly after installation of the update. Affected users get "there was a problem resetting your PC" error messages during the process.

Reset this PC is used to reset the PC to a baseline. Customers are asked to remove the update KB4524244 from devices if they are affected by any of these issues.

Reset this PC should work again after the problematic update has been removed successfully from the machine.

Note that Microsoft has not updated (some?) localized versions of the support page yet. The German page does not contain the update; this once again shows that users and administrators need to consult the English version of support pages to make sure the information is up to date.

Now You: did you install the update? Are you affected by the issue? (via Bleeping Computer / Born)

Previous Post: « It appears that the Windows 7 ESU Bypass is indeed working
Next Post: Windows 10 version 1809 will reach end of support in May 2020 »