Thunderbird 68.4.1 is a security update

Thunderbird 68.4.1 was released a couple of days ago. The new version is a security update for the email client that patches a security vulnerability that is exploited in the wild as well as other security issues in the program.

Thunderbird users who are running a 68.x version of the email client should receive the update automatically provided that automatic updating has not been turned off in the client. A manual check for updates via Help > About Thunderbird in the client should pick up the new update right away so that it can be installed. 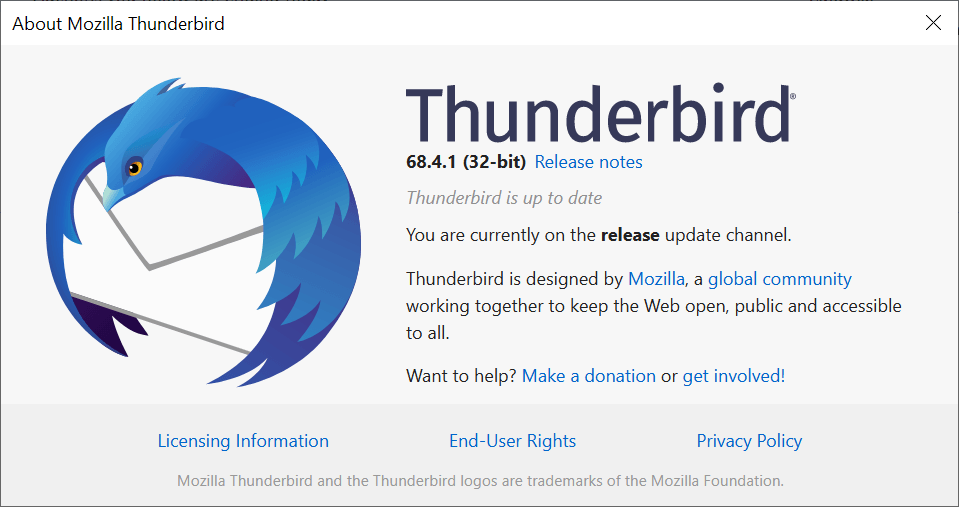 The critical security vulnerability is the same that Mozilla patched earlier this month in Firefox. Since Thunderbird relies on Firefox code, it is often affected by issues that affect the web browser.

The new version of the email client fixes five issues that were detected in previous versions of the application:

Thunderbird users who run Thunderbird 68.x and have not updated yet to the new version are encouraged to do so right away to protect the client from attacks.

Now You: Which email client do you use currently and why?