If you are not offered Windows 10 version 1903, try disabling hard drive encryption

The update was not offered via Windows Update despite Microsoft claiming that the feature update was broadly available some time after the initial release for all systems not affected by any of the blocking issues. Microsoft also stated that it would display the reason for that but that did not happen either.

I decided to try other updating means, in particular using the update assistant for Windows 10 first and when that failed installation media. As you may have guessed already, all of these failed. While I managed to get quite far using these tools, the upgrades would fail eventually during installation and the old version of Windows 10 was restored. The error message was not really of any help as it was a generic error that led nowhere.

The device's hard drives were all encrypted including the system partition. I knew that Vera Crypt, the software used for the encryption, supported feature updates. Previous versions of the software did not, and I had to decrypt the main partition prior to any feature updates to make them go through.

I decided that I wanted to analyze the issue more deeply; since I knew that this would mean rebooting the system many times over as it was unlikely that the first try resulted in success, I decided to decrypt the system partition to speed up the process. I set up Vera Crypt to use a non-standard PIM for better protection. One downside of this is that the initial booting takes a lot longer than with default values so that decrypting the drive would make the entire process go through faster.

Decryption did not take long and the creation of a backup was also done in a matter of minutes.

I decided to check for updates one last time on the machine using Windows Update. Imagine my surprise when Windows Update listed the feature update to Windows 10 version 1903 on the update page. 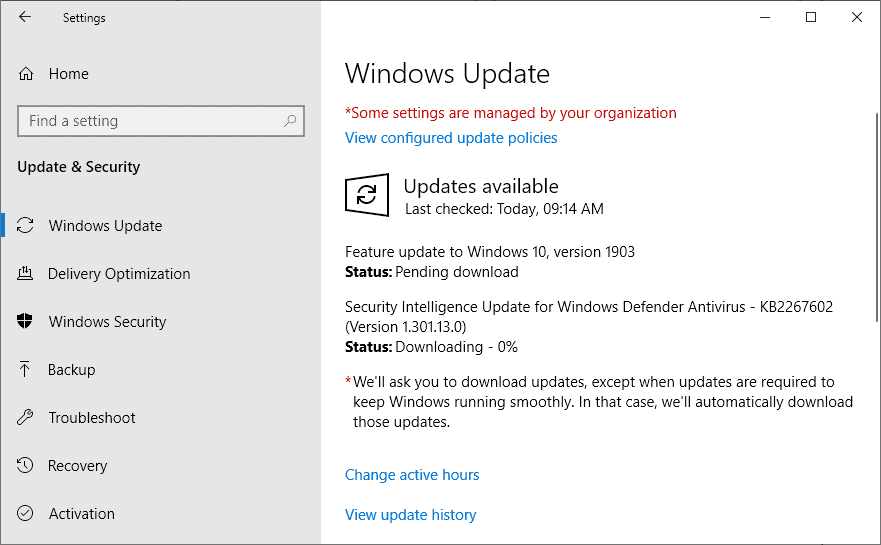 The update was not offered for months; could it be that the decryption of the hard drive unlocked whatever blocked the update from being delivered to the machine?

A check prior to the operation did not result in the update being offered. While there is still a small chance that Microsoft enabled it right after the first check and before the second check, I'd put my money on encryption being the issue in that case.

More data is needed to come to a final conclusion. If you use Vera Crypt or other encryption software on Windows 10 machines, let me know how the updating worked out for you.