Idrix, the company behind the encryption software VeraCrypt released VeraCrypt 1.23 for all supported operating systems.

VeraCrypt does not support automatic updates; users and administrators need to download the new version from the official website or through third-party services if available.

Windows users may download a portable version or a version that is installed. The setup version will upgrade any installed copy of VeraCrypt on the system. Please note that it is required to restart the system as the boot driver is updated in the process. 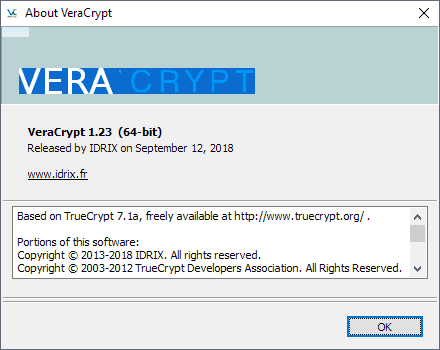 Probably the biggest feature addition of VeraCrypt 1.23 is that VeraCrypt users don't need to decrypt the system partition anymore to upgrade to a new version of Windows 10.

Starting with VeraCrypt 1.23, VeraCrypt is compatible with the upgrading process so that upgrading should be less time-consuming and more straightforward for systems with a VeryCrypt encrypted system partition.

The next Windows 10 feature update, called the October 2018 Update, will be released at the end of this month or the beginning of the coming month and it will be the first major version that would have required the decryption of the VeraCrypt encrypted system partition. 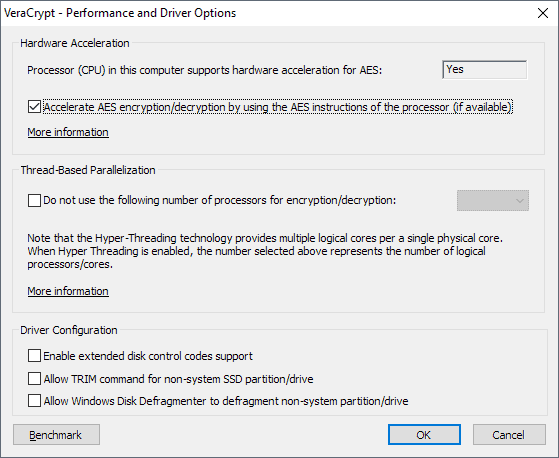 Windows users benefit from several other changes: protection against some forms of tampering thanks to internal verification checks and Secure Desktop improvements.

The list of changes of the Mac and Linux versions of VeraCrypt is much shorter:

VeraCrypt 1.23 is an important update for Windows users and admins who use VeraCrypt to encrypt the system partition of devices. Operating system upgrades were quite the hassle previously but that changes with the release of the new version.

Now You: Do you use encryption software?

Martin Brinkmann is a journalist from Germany who founded Ghacks Technology News Back in 2005. He is passionate about all things tech and knows the Internet and computers like the back of his hand. You can follow Martin on Facebook or Twitter
View all posts by Martin Brinkmann →
Previous Post: « How to prevent laptop CPU Throttling
Next Post: New CCleaner scandal: forced automatic updates »