Here is what is wrong with the new Microsoft News app - gHacks Tech News
ghacks.net

Here is what is wrong with the new Microsoft News app

The company revealed that it has "completed redesigned" the application "into a modern and beautiful experience". The update introduces a dark theme, options to configure breaking news alerts, new personalization options, and a new continued reading experience.

Existing users should receive an update in the coming days or weeks while new users can download and install the applications from the official store.

When you launch Microsoft News for the first time after installation you are walked through a series of customization screens. You may sign in to a Microsoft Account to sync settings between devices (but can skip that, good), and may pick interests from a large number of generic topics such as celebrity news, soccer, technology, or politics. 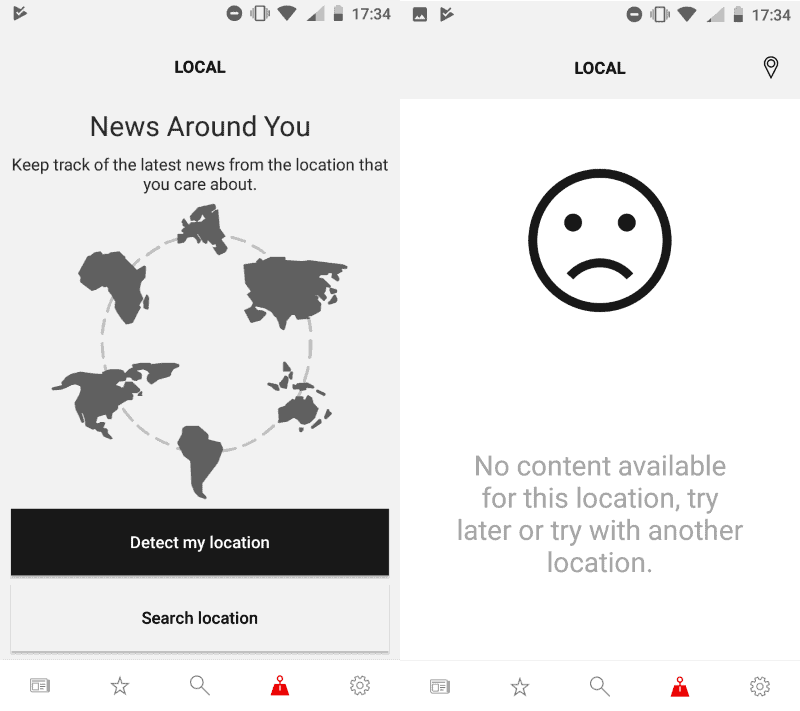 Once you are done, you are taken to the main interface where the first set of news articles is displayed to you.

Some things have definitely improved; headline text is now larger which is a good thing obviously, and if you prefer dark interfaces, you may switch to the dark theme in the settings to do so.

The first issue that you may run into is that you may not get news in your language depending on where you are located in the World. A tap on the location button and the selection of "detect my location" or "search location" did not work for me as Microsoft News came up with zero content based on the location.

You can switch to a different localized version of Microsoft News, however. Tap on the settings icon, then on edition on the page that opens and pick a location from the available ones. Picking Germany, for example, switched the interface to the German edition. 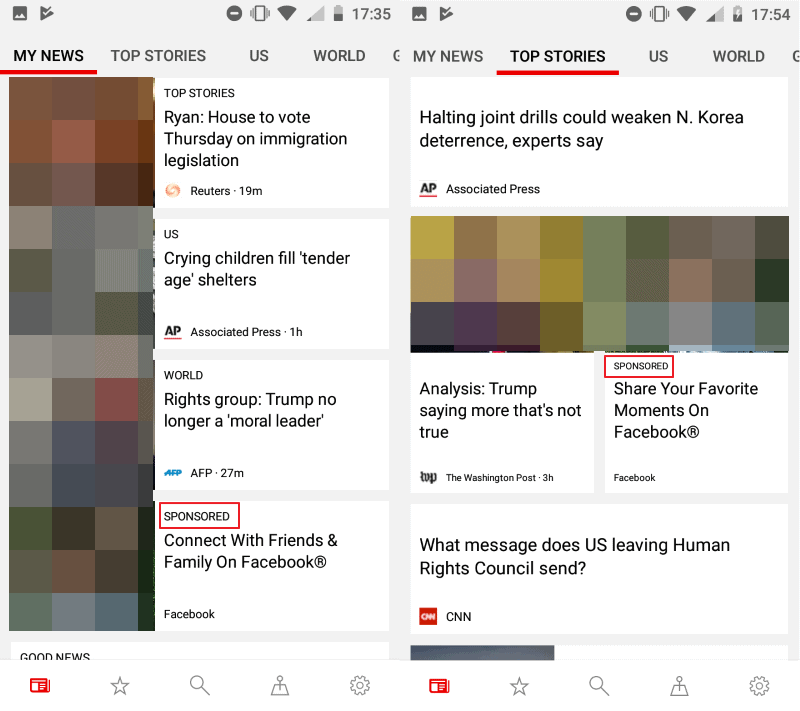 You get the usual assortment of articles from integrated newspapers and news organizations only in Microsoft News. Microsoft News lacks options to customize news sources or filter sources. If you don't want news from a certain news source you are out of luck as you cannot block any using the application.

Another issue that is apparent right away is that advertisement looks exactly like regular news pieces. The only difference is that Microsoft News displays a sponsored tag next to the advertisement's image to indicate that it is sponsored.

Depending on where you live, you may also notice a huge increase in clickbait in all news sections. Clickbait would not be that bad if you could block certain news sources but since there is no option to do that, you can only ignore it. There is also no option to select "show more" or "show less" which would be quite the useful option as well.

The interface uses a somewhat strange design for news articles. Microsoft News displays articles in different formats; small and big, vertically or horizontally stretched, with and without images. It is quite difficult to go through the list of news quickly because of that layout. I wish the app had an option to display only news titles in a list format but that is missing.

Many of the issues described in the article are not unique to Microsoft News. Google launched a Google News update recently and it did not sit well with users as well.

Now You: Do you use a news application or service? Any that provides just headlines and offers customization options?

Previous Post: « Bing's World Cup Predictions are only for English regions
Next Post: The Microsoft Office July 2018 non-security updates are out »