Firefox 53.0 release: find out what is new

The official release date of Firefox 53.0 is April 19th, 2017. Mozilla will release Firefox 53 on that day on its website, and through Firefox's automatic update system.

The new Firefox 53.0 release is important for a number of reasons. First, because it does not support a number of operating systems anymore. Second, because of the dropping of Firefox Aurora from the release cycle. You find details about these changes below. 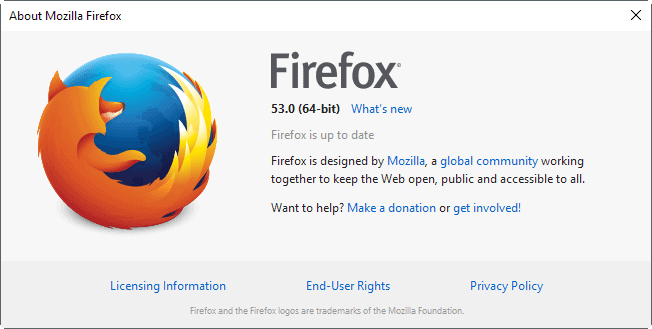 Firefox is configured to check for and download updates automatically. You can run manual checks for updates with a tap on the Alt-key on your keyboard, and the selection of Help > About Firefox from the menu bar.

The About Mozilla Firefox window checks for updates, and either downloads and installs any update it finds automatically, or on user request.

Firefox Aurora is out 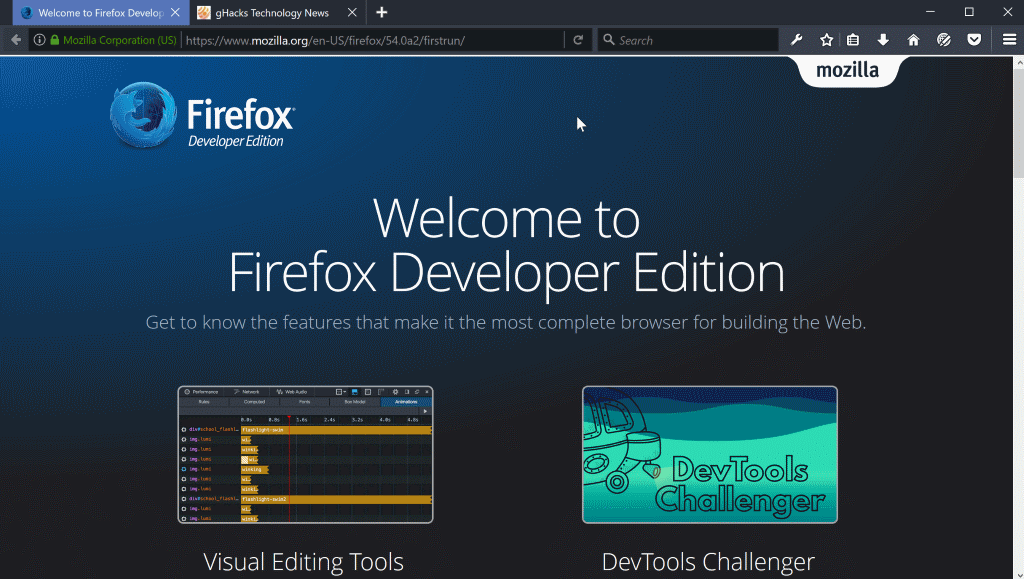 We talked about the end of Firefox Aurora already here on Ghacks. Mozilla decided to remove the Aurora channel from the release cycle. The organization plans to migrate existing Aurora users to Beta eventually, and move features from Nightly to Beta directly in the future.

You can read more about the change by following the link above, or by visiting the FAQ page on the Mozilla website.

Mozilla plans to support the last working version for XP and Vista for some time going forward though. Users are migrated automatically to Firefox ESR, the Extended Support Release version of Firefox.

Mozilla plans to support XP and Vista versions of Firefox at least until September 2017. The organization plans to reveal the date supports end at the time, and will base it on the number of users who are still using XP or Vista.

More information is available on the Mozilla Support website, or our article on the subject.

That's about 25% of users according to Mozilla. To find out whether that is the case for your device, do the following: 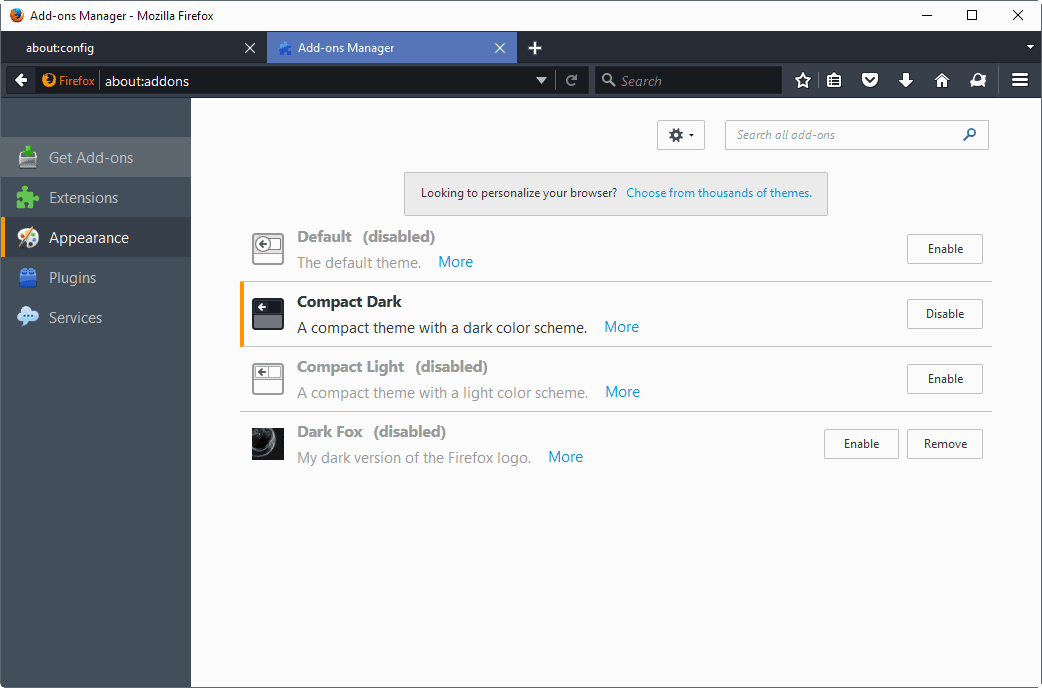 Firefox 53.0 ships with two new themes that resemble those found in the Developer Edition. Compact Dark and Compact Light are available under Appearance on the about:addons page.

Simply click on the enable button next to one of the themes to activate it. The themes do away with the curved tabs, and change a couple of other interface elements on top of that. Also, Firefox has an official dark theme now that it ships with.

Firefox users may set the default Referrer-Policy in Firefox by editing the network.http.referer.userControlPolicy preference. Basically, what the policy does is determine which referrer information should be included in the Referer header.

The default is used whenever sites don't specify a Referrer-Policy. (see Bug 1304623) 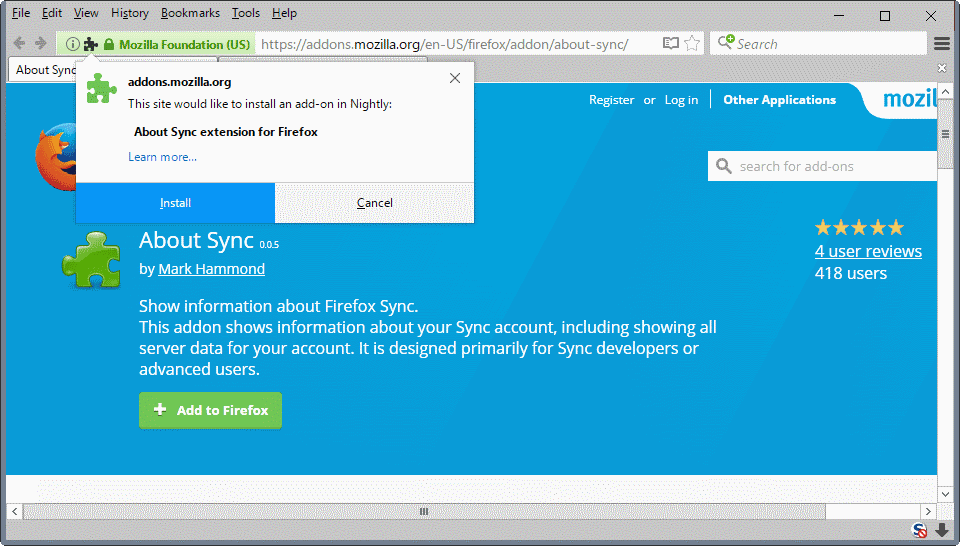 The design of permission notifications that Firefox displays when websites request access to features such as the location has changed.

The dialog wont go away automatically anymore when you click somewhere on the page or switch tabs.

Firefox 53.0 and newer versions of the Firefox browser for Android will handle media decoding out-of-process for improved performance on multi-core systems. (See Bug 1333323)

Firefox 53.0.2 was released on May 5th, 2017 to the stable channel. It features the following fixes and changes:

Firefox 53.0.3 was released on May 19th, 2017 to the stable channel. The new version of Firefox ships with two fixes and one change:

Security fixes are published after the release of Firefox 53. We will update the article once Mozilla publishes the update.

Previous Post: « Project Dawn: the end of Firefox Aurora
Next Post: If Firefox 57 would be released today, 2273 add-ons would be compatible »