Firefox 53: JSON Viewer on by default

Mozilla plans to enable the built-in JSON Viewer of the Firefox web browser for all browser channels including Firefox Stable in Firefox 53.

The organization integrated the viewer in version 44 of the web browser, but did not enable it by default for all channels but the Developer Channel.

Firefox's JSON Viewer displays structured JSON data instead of the RAW data dump that one gets when the viewer or a third-party extension is not enabled.

Take a look at the following two screenshots to see the difference between unstructured JSON data, barely readable by humans, and the data presented by the JSON Viewer in Firefox. 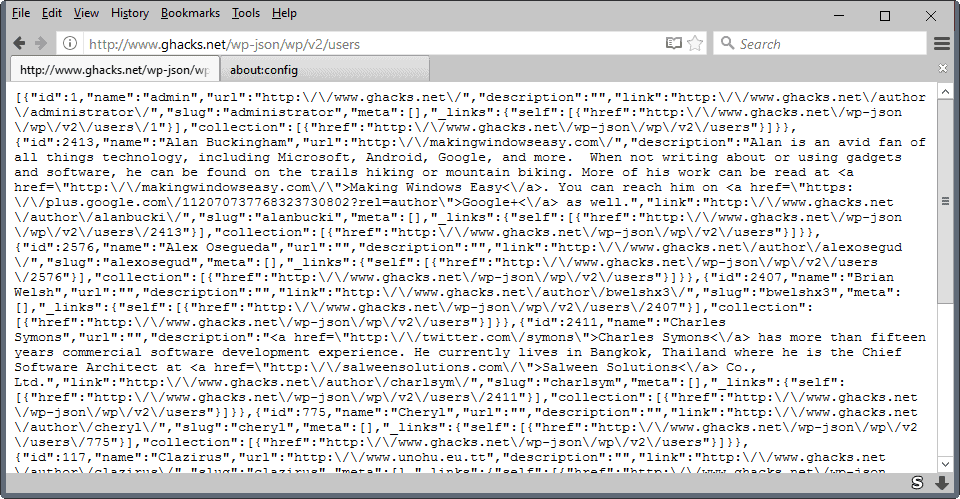 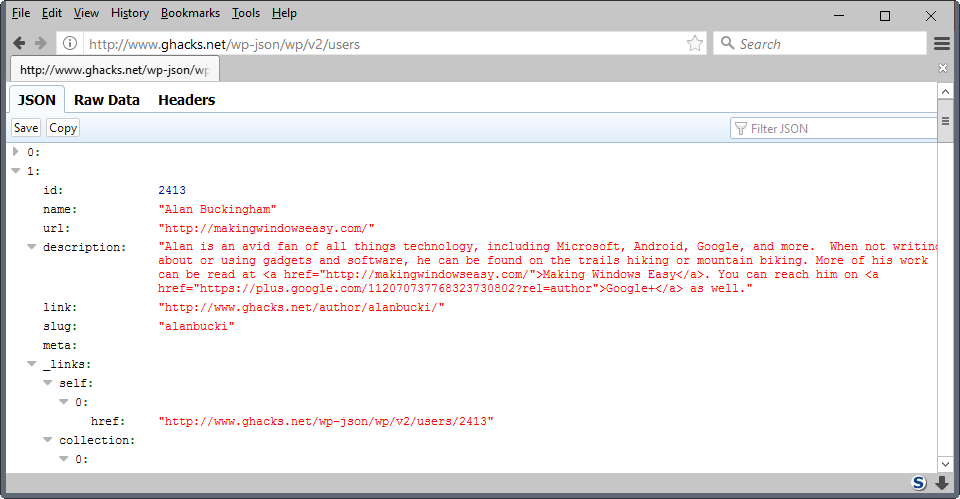 As you can see, the data is displayed in a tree hierarchy with JSON Viewer enabled. It is still possible to switch to the raw data view with the viewer enabled. Other options that you may find interesting are to show or hide certain bits of data, to use a filter, and to save or copy data.

This is mostly useful for developers, as it provides them with a better representation of JSON data directly in the Firefox web browser. Useful for instance to understand how to retrieve information from the data.

You can enable JSON Viewer in all versions of Firefox right now if you don't want to wait for that to happen:

Setting the value of the preference to true enables the feature, while a value of false disables it. This means that you can disable the viewer in case you don't require it, or prefer to use a different extension or program for that instead.

You can follow the progress on Bugzilla. (via Sören Hentzschel)