The Firefox web browser is available as a 32-bit and 64-bit application for all supported desktop operating systems including Windows.

The 64-bit Firefox version for Windows is a fledgling however when compared to the Linux and Mac OS X versions, as it has just been available officially since December 2015.

64-bit builds for Windows were available years earlier, and third-party forks like Waterfox or Pale Moon offered dedicated 64-bit versions long before Mozilla considered offering them officially on the main download hubs of the browser. 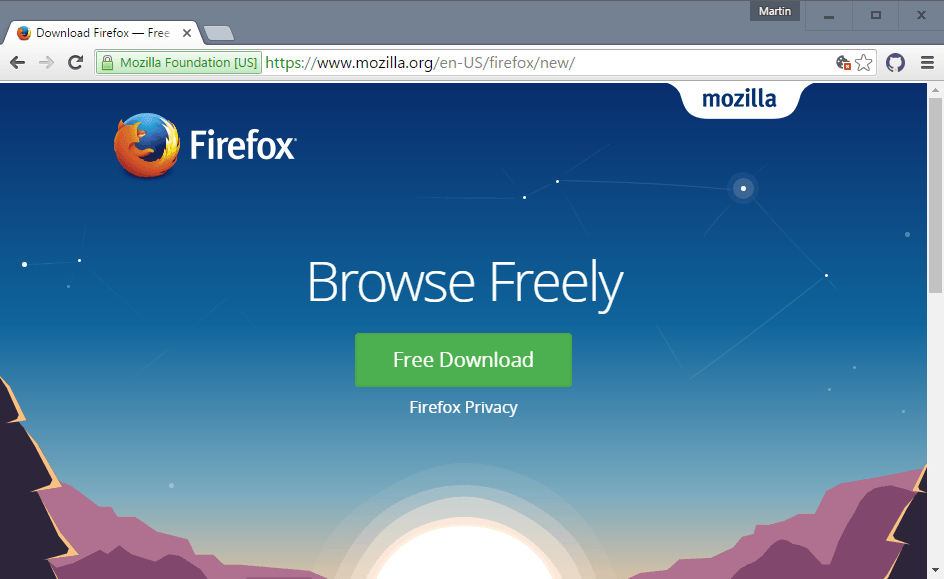 Firefox users on Windows are running 32-bit versions of the browser basically, unless they have downloaded the 64-bit version of Firefox for Windows explicitly.

As far as stats are concerned, Mozilla did a market analysis back in 2015:

The stats will have changed since then. Firefox 64-bit for Windows has been released to the stable channel. While downloads are still hard to find, it seems likely that the availability increased the number of 64-bit Firefox on 64-bit Windows.

Most processors are 64-bit that get sold these days, and this will impact the stats as well over time.

Tip: Read this guide to find out if you are running a 32-bit or 64-bit version of Firefox.

Mozilla plans to put the focus on 64-bit versions of Firefox for Windows in the near future. The organization released a proposed schedule that highlights how it wants to accomplish that.

Note: These are proposals, and things may change along the way.