Total Commander 9.00 Final is out

Total Commander 9.00, a new version of one of the longest standing file managers for the Windows operating system, has been released today.

The new version is the first stable version of Total Commander since version 8.52a was released on September 17, 2015.

The new version of Total Commander introduces many changes. It would go too far to list them all here on our site, and you may want to check the official change log for that.

The review below looks at some of the important changes of the new version. 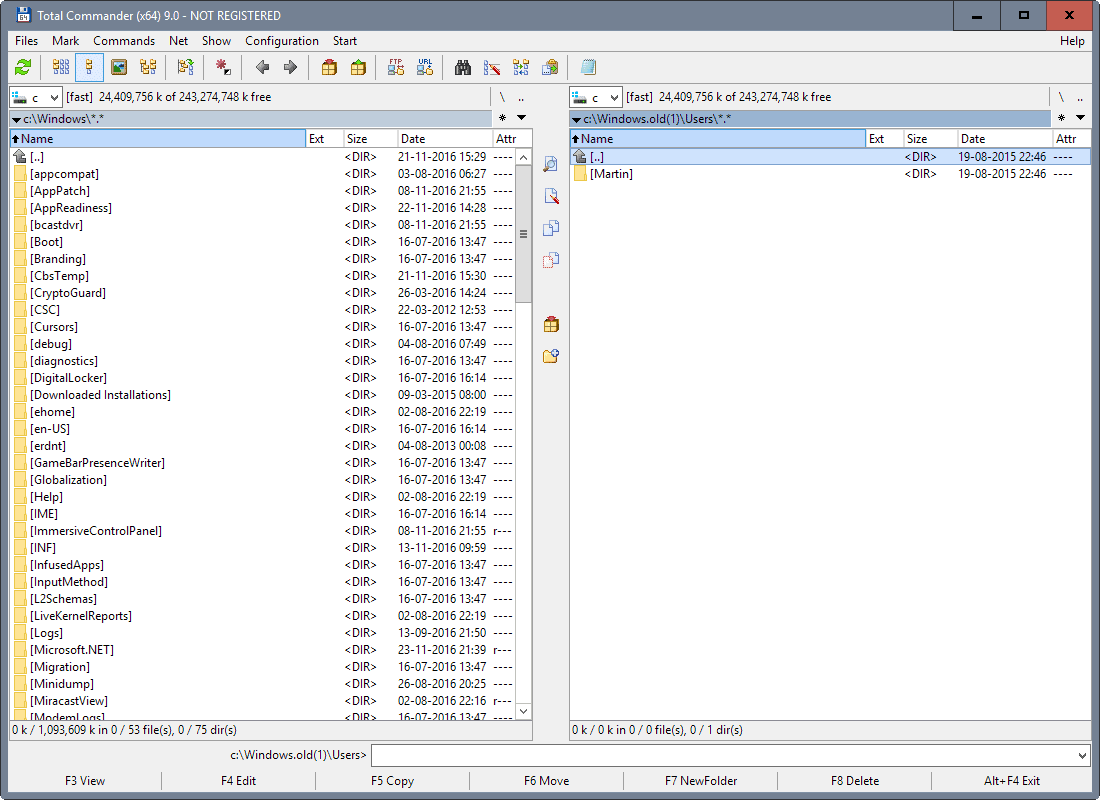 Total Commander 9.00 ships with several improvements that users of the program will appreciate. The built-in search uses the excellent Everything search program now which should speed up searches on NTFS drives significantly.

The program's FTPS and HTTPS capabilities have been improved as well. The application will always verify certificates now even if wincmd.pem is missing as it uses the roots.cert of Internet Explorer and Windows certificate stores ROOT and CA, in the latest version.

Additionally, self-signed certificates may be trusted with a checkbox now, and TLS 1.1 and 1.2 with new openssl dlls (optional) are supported.

The zip unpacker that is included with Total Commander supports the new compression method XZ in the latest version. It supports invalid ZIP archives with no CRC (Owncloud) or missing UTF-8 flags now as well (Dropbox).

The user interface features some changes as well. Total Commander 9.00 uses Explorer icons for folders and drives in the latest version now by default. You may switch to the old mode via Settings > Icons though if you prefer it.

The generation of hash values has been improved, and hashes may be generated for each folder individually in the latest version. Improvements have been made for other file operations such as deleting files or renaming them.

Total Commander 9.00 is shareware. Existing users may upgrade to the latest version for free. Update instructions are provided on this page. Basically, what you need to do is download the new Total Commander version and run the installer.

The installer should pick up the existing version automatically. If that is not the case, point Total Commander's installer to the right directory. The installer will replace the files and install the new version on top of the old. Users who run Total Commander 5.50 or earlier need to check additional instructions on the page. (via Caschy)

Now You: Do you use a third-party file manager? If so, which?

Martin Brinkmann is a journalist from Germany who founded Ghacks Technology News Back in 2005. He is passionate about all things tech and knows the Internet and computers like the back of his hand. You can follow Martin on Facebook or Twitter
View all posts by Martin Brinkmann →
Previous Post: « CPUBalance: improve PC responsiveness
Next Post: LeptonGUI: Dropbox Lepton image format converter »