The popular Microsoft Office alternative OpenOffice was updated two days ago to version 4 bringing along with it interoperability improvements and other feature additions and bug fixes.

Today, the LibreOffice team announces that it has released version 4.1 of the application, and it too puts a focus on Office interoperability.

You can download the free Office suite from the official website of the project. Here it is available as a direct download or torrent download for all supported operating systems (which includes Windows, Mac OS X and Linux). Note that you need to download the offline help file manually from the same page if you want to make use of it.

The application is available as a program that you need to run or install, and also as a CD or DVD image, and as source code so that all bases are covered in this regard.

The LibreOffice 4.1 new features highlights all the changes and improvements of the new version. It displays a selection of featured improvements on top, and then a long list of changes to individual programs of the suite and the application's core. 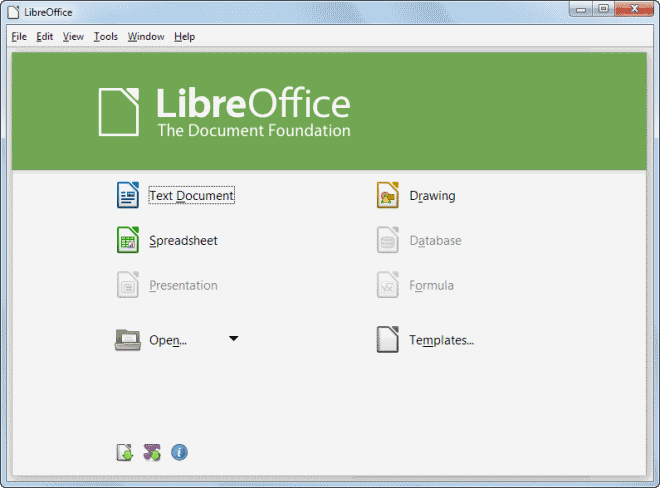 Other features of note

You can now clear the recent documents list by selecting File > Recent Documents > Clear List. The list itself has been improved as well in regards to how file names are displayed in it.

LibreOffice supports extensions just like Open Office does.You can access the extensions gallery here. If you are missing a feature, you may want to check out the gallery to see if you can find an extension that adds it to the application.

It is recommended to select custom installation when you are installing the application on your system, as you can remove tools and features that you do not need or want to make use of. This includes among other things on Windows the quickstart feature (autostart), online updates or Windows Explorer integration 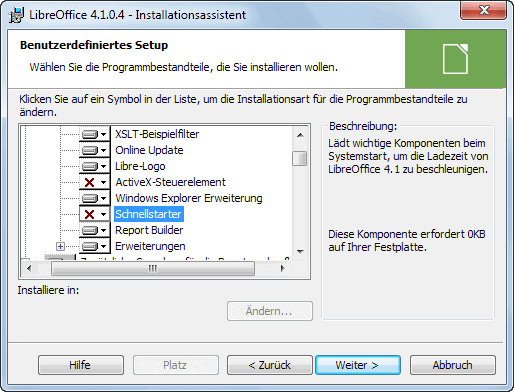 Both Office suites have been updated bringing along new interoperability improvements and other feature additions. Some of the new feature are shared between both programs and the interface looks a lot alike as well. That is not necessarily a bad thing though.

Nothing speaks against running both programs on your system to find out which is better for what you want to do with it.

The update to version 4.1 improves LibreOffice in a variety of ways, and while it does not feature a new "killer feature", several of the additions improve how you work with the application significantly.