Audacity is my go-to program when I need to edit audio on my system. It is a comfortable to use Open Source application with a feature set that is rivaling commercial sound editors. The developers of Audacity have just released Audacity 2.0 to the public.

Windows users who want to install the new version need to pay attention to the installation process. If they are upgrading to 2.0 from earlier program versions, they need to download and install the latest version of the LAME mp3 encoder for MP3 support.

The developers note that the Windows installer will replace a 1.2.x installation of Audacity, but install alongside 1.3 beta versions. They therefor recommend to uninstall 1.3 versions prior to installing Audacity 2.0. 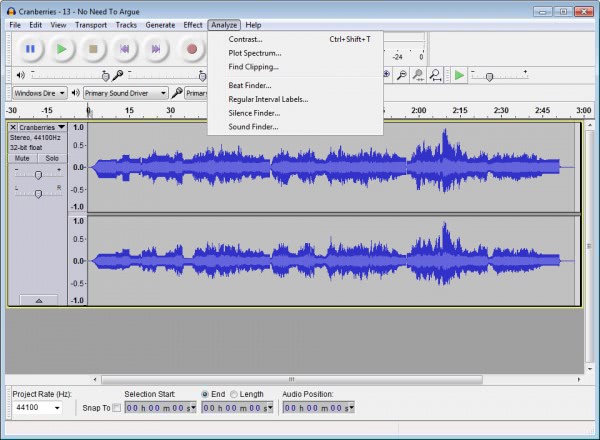 The changes between 1.3.14 and 2.0.0 are mainly bug fix related, as most of the features have already been implemented into the beta version by the team.

The extensive release notes list bug fixes and known issues between Audacity 1.3.14 and 2.0.0. If you are looking for a free audio editor and recorder, then Audacity should be your first stop.