Thunderbird to get Dropbox and File Hosting Integration

When it comes to sending files to other people, Internet users have a lot of options at their hand. From uploading them to ftp servers or file sharing sites to sending them per email or using a direct transfer client. All are either difficulty to set up for users who are not that tech-savvy, or not reliable enough to trust them with important documents or files.

When you look at email, you will notice that the biggest thing holding it back in this regard is the attachment size limitation per email. These limits are usually in the 20 to 25 Megabyte range, and to make matters worse, selected by the email provider which means that different providers may have different attachment limits.

Microsoft found a way around this by using their online file hosting and management service SkyDrive for this. Users simply upload larger files directly to their SkyDrive account from where they can be downloaded by the email's recipients. This method offers several advantages, from the ability to upload very large files without having to worry about bouncing emails to being able to replace the files online if necessary without resending them to the recipients.

The Thunderbird team over at Mozilla plans to integrate a similar feature into Thunderbird 13. According to the Big Files feature entry at the official wiki site, the team aims to resolve several attachment related issues with the integration:

The idea is to scan the attachment file size and warn the user that it may bounce because of its size. The email client would then offer the user to use online storage services instead of an attachment. The developers furthermore want to include an option to detach attachments to the cloud instead of local storage. 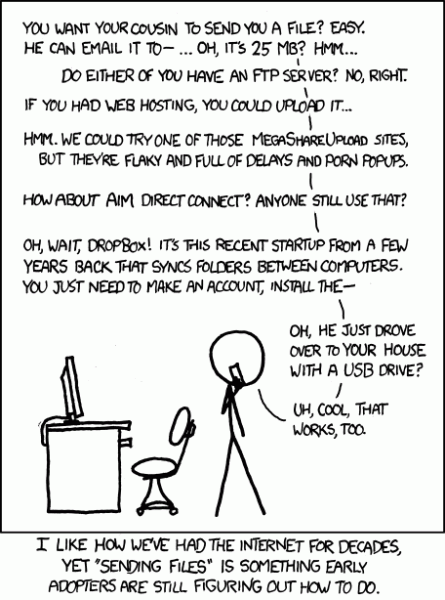 Not every user has an account at one of the supported services, which is why the developers aim to include an on-the-fly signup option directly in the email client. The developers want Thunderbird to detect file hosting quote issues in the browser, to avoid situations where a file would go over the allowed quote. The idea is to display multiple solutions, from deleting files to signing up for a premium service.

The following services have been mentioned in the document as potential services that the developers want to implement into Thunderbird:

The team status notes indicate that the developers are currently working on the Dropbox integration in Thunderbird with other services likely to follow later in the development phase.

The idea to integrate file storage services, document management platforms and other services could give the email client a much needed boost. What's your take on the integration? (thanks to SÃ¶ren Hentschel for mentioning it casually on Google+)

How to Update Microsoft Outlook?

Thunderbird 102.6.1 is a security update