Network Activity Indicator is a free program for Windows that shows the network activity in the Windows system tray similar to how it was on pre-Windows 7 versions of Windows.

The free portable program Network Activity Indicator brings back the "two-monitor" icon in the System Tray go give users a visual indication of computer network activity. 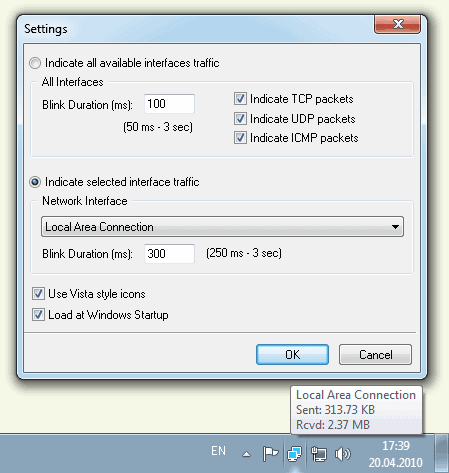 It displays the network activity icon in the System Tray upon startup. A right-click on the icon displays a host of options including a link to the program's settings to change the design of the icons from XP to Vista style. The settings can also be used to change various network related settings.

The Network Activity Indicator by default displays traffic from all network adapters. This can be changed to display the traffic of only a selected adapter.

It is furthermore possible to define the traffic type; only TCP packets are indicated by default. The indicator can be switched to UDP or ICMP packets instead or a combination of the three.

The right-click menu lists links for other options as well. It is for instance possible to open network statistics, Windows Firewall Settings, Network Sharing Center and other network related settings and options. They are quick access links to these features, something that you may find useful at times. 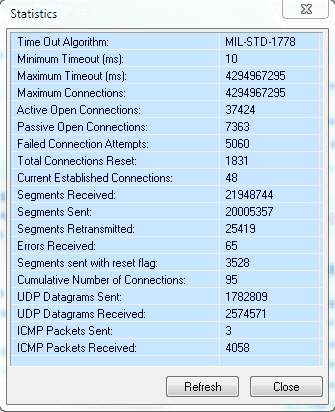 Another option supported by Network Activity Indicator is the statistics window that it may display. It lists lots of network session information when opened.

The program uses roughly 4 Megabytes of computer memory while running which should be fairly acceptable for users who like to see the activity indicator icon in Windows 7. The program, including its source code, is available for download at the developer's website.

Update: Please note that the last release of the program dates back to 2010. While that is not an issue per-se, considering that it is currently still working fine under Windows 7, it may mean that the program is not under active development anymore.

The program runs fine on newer versions of Microsoft's Windows operating system though including Windows 10.