How to play Ape files?

You might be puzzled at first if you encounter an audio file with the ape extension for the first time. Trying to play it in Winamp, Windows Media Player and XMPlay will not be successful, in fact, the song will not be loaded at all. The Ape file format is a lossless compression format that is created by the compressor Monkey's Audio.

The big advantage of lossless compression formats is that no information is removed from the audio stream while lossy compression formats such as mp3 lose information. It depends on the music player if and how you can play ape files. I would like to list three popular music players and how you can play APE files in them: the players in question are XMPlay, Winamp and Windows Media Player.

All three do not support ape files by default which means that we have to use plugins to add the support to the players. Lets start. 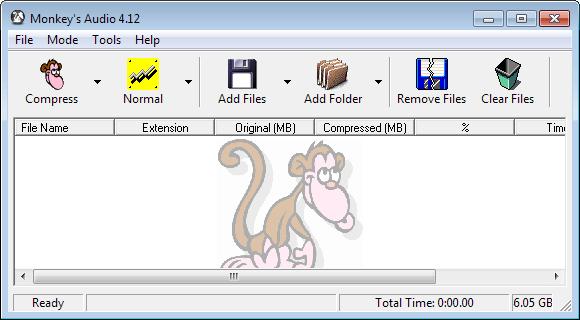 Download the Monkey's Audio input plugin for XMPlay and place the extracted downloaded files into the main XMPlay directory while XMPlay is not started. The plugin will be automatically recognized during the next start and from then on music in the ape format is supported by XMPlay.

Again, we have to rely on a plugin to add ape file support. The plugin is called Monkey Audio Winamp Plugin and comes in executable format. Just run the file after downloading it and it will automatically install itself in the correct Winamp directory. Winamp can then play ape files normally.

Update: The plugin us no longer available. You can however install Monkey's Audio directly on your system. It ships with a Winamp Plugin setup file that you can run to install support for the player format to Winamp. You find the installer in the main program directory after installation.

Download and install the DS Monkey Audio Filter which adds ape support for any DirectShow based player including Windows Media Player. The filter can be downloaded with an installer, just run the installer and support should be added automatically.

Previous Post: « Find out what the world is listening to
Next Post: Edit Mp3 without encoding them »