It seems that Sony is still able to produce innovative products. I read that this one is not totally new but it is the first time I saw a transparent television. They seem to be using a projector at the back of the transparent material (glass ?) to display the image.

The speakers seem rather big for this television, you will need lots of free space to place the TV in a room.

I think it really looks great and might be the next step in TV entertainment in the coming years. Not sure if you can call it transparent TV or something else because it is not really a transparent TV but a projector.

If you look closely at the images below, you will also notice that while the TV itself looks transparent and hovering in air, the two speaker like systems on the left and right of it are large and look rather out of place. 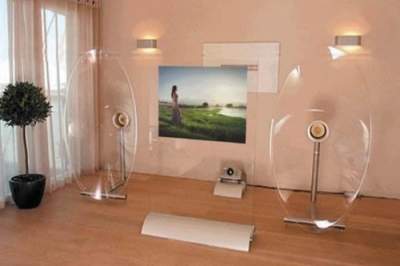 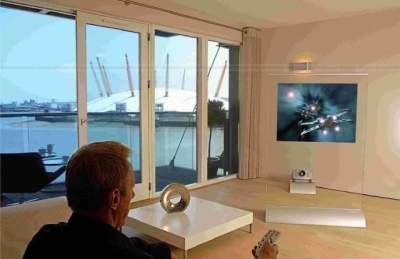 It also appears that the TV has never really made it in production, considering that it has never been on offer in large quantities, if at all. If you look at Sony's US store for instance and there at the TV section, you will notice that only regular TVs are offered there and no transparent or even semi-transparent ones.

Samsung in 2010 showcased a transparent LCD TV on the Cebit Expo in that year. The TV features a touch based design that people can use to shut blinds, a rather unique way of handling the see-through problem. Samsung also mentioned that the TV is already on sale in South Korea.

Here is a short video showcasing the new transparent TV by Samsung.

While you may find transparent TVs and other devices in specialized online shops and local stores, you still won't find many, if any, devices listed in larger stores.

Previous Post: « Practical Tips to Decrease the Temperature of your Computer
Next Post: « The perfect multimedia device