If you’re just like me, you’ll agree that waking up isn’t the easiest thing to do every morning. It usually takes me about three alarm snoozes, all 10 mins apart, to get me moving. That’s an entire 30 mins; well, Google has just the thing for us. They have come up with a new recording feature on the alarm that allows us to record the sounds directly onto the clock app. Maybe this could help!

A study conducted by RMIT University researchers says if you want to be more alert, go for more melodic tones. You can use your favorite tunes or sounds on your alarm, instead of the blaring horns. In their study that was published in the Journal of Sleep Disorders & Therapy, researchers found that melodic tones can reduce sleep inertia more than that of a beeping alarm clock, no matter the genre of the sound. They say we should go for sounds that we could easily hum or sing.

With the new Google Clock feature, you can hum your favorite sound and record it. If you’ve been an Android user over the past few years, you’ll agree with me that the Google clock doesn’t often have new features when compared with other Android Apps. 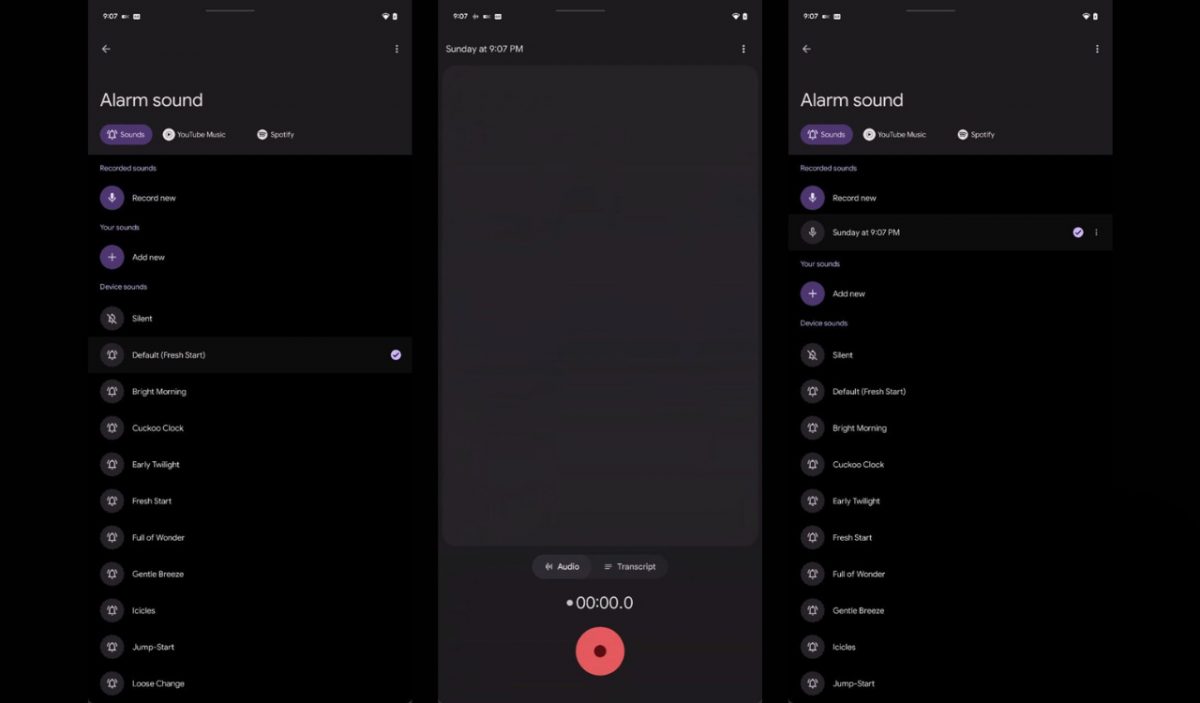 The new feature lets you directly record a new timer or alarm sound within the app; talk about convenience. No more jumping through hoops using the other external apps to record and then later on transfer to your alarm app. Once the feature is available on your device, you'll see the record option in the alarm timer and sound settings.

When you tap on the feature, it will open the recorder app, allowing it to record a new alarm or timer sound. Isn’t this just so simple? The recording then appears with a time and date in the Google Clock and Recorder App.

You will agree with me that this feature is a great complement to all the other existing abilities the clock already has. The new feature has been rolled out via a server-side update. According to Mishaal Rahman on Twitter, he says: the function will be rolling out to Pixel owners. Although, some non-Pixel owners say the update is also available on their devices when they run custom ROMS like Lineage OS.

When I checked out this new feature, the only thing I couldn’t see is the ability to rename your recorded sounds using the in-app option. However, any old recordings can be renamed in the recording app, although these changes don’t appear in the alarm app. You can quickly delete unwanted recordings by tapping the three-dot menu and selecting remove.

I hope you‘ll enjoy using this new feature and adding your own sounds and that you agree with me that this could help with getting to work earlier.

Instagram’s Co-founders Are Back With Artifact, a Kind of TikTok for Text

How to fix Error 405 | Method not Allowed on ChatGPT