You are here: Home > Software > Security

Security is one of the most significant considerations when owning any technology, as you can lose data and finance if not careful. You’ll find articles here that cover various apps and options, threats to browser and device security, and some tips.

Bitdefender Home Scanner is a free program by security company Bitdefender that scans devices on local networks for security issues. The need for security has expanded with Internet of Things being a […]

Kaspersky VirusDesk is a free service by Russian security firm Kaspersky that enables you to scan files or links for viruses and other threats. While most computer users would probably agree that […]

A look at 1Password's Travel Mode

AgileBits, makers of the 1Password password manager, introduced a new Travel Mode feature in recent versions of the program for paying customers. This new mode hides password vaults when you enable it, […]

Fresh from Switzerland comes a report from security firm modzero AG about a keylogger in audio drivers of certain HP devices. The keylogger is built-into the driver, records all keystrokes made by […]

Security researchers at Sec Consult discovered a vulnerability in Portrait Display, a software used by OEMs such as HP and Fujitsu on millions of notebooks. Portrait Display SDK Service is used by […]

There are only a handful of rules that you need to know to counter any phishing attack that you may be exposed to on the Internet, right? Check the web address and […]

Are you identifiable by extensions, logins and your browser?

Are you identifiable is a new web service that answers whether Internet sites may identify you based on your extensions, logins, and web browser. Online privacy is a hot topic, and making […] Avira Prime is a new subscription-based service by security company Avira that can best be described as a cross-platform all-in-one service. First, the basics: Avira Prime is available for 9.95 â‚¬ per […] 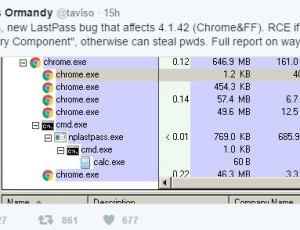 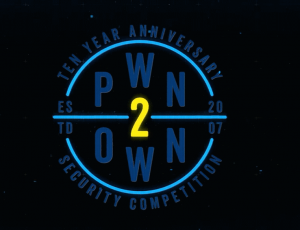 The tenth anniversary of the Pwn2Own gathering of hackers, Pwn2Own 2017, saw eleven teams attempt to exploit products across four categories. The products that teams were allowed to target this year included […] 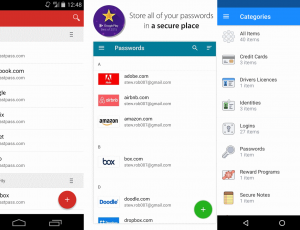 Security researchers of the Fraunhofer Institute found severe security issues in nine password managers for Android that they analyzed as part of their research. Password managers are a popular option when it […] 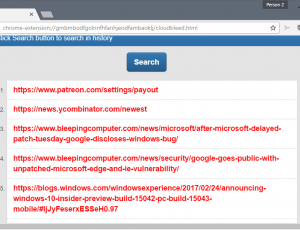 CloudBleed is the unofficial name for a security issue discovered on February 17th, 2017 that affected CloudFlare's reverse proxies. CloudFlare is a large provider that is used by more than 5.5 million […] 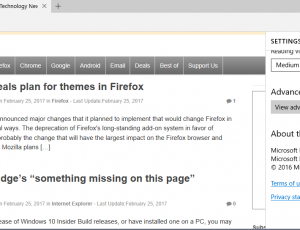 Google Project Zero member Mateusz Jurczyk disclosed a gdi32.dll vulnerability in the Windows operating system to Microsoft on November 16, 2016. The report itself is quite technical and it would go too […] 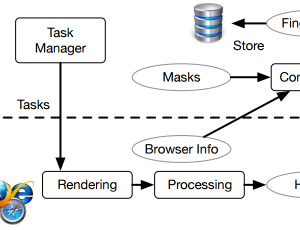 Researchers have developed a cross-browser fingerprinting technique that uses operating system and hardware level features. Fingerprinting has been limited for the most part to individual web browsers in the past. If a […] 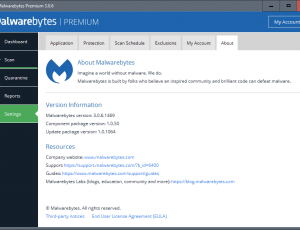 Malwarebytes 3.0.6 with stability and performance improvements

Malwarebytes 3.0.6 is the latest version of the popular security program for Windows that is available as a free and premium version. The company, also called Malwarebytes, released version 3.0 of the […] 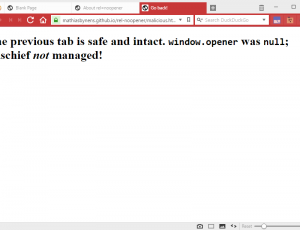 Don't touch my tabs! (rel=noopener) is a Firefox add-on that adds rel="noopener" to external links on sites open in Firefox automatically. Noopener_by_default is a userscript that does the same for links. Did […] 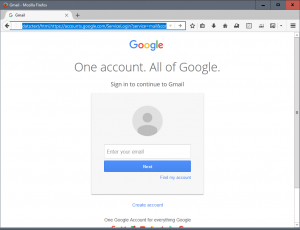 Researchers have discovered a new phishing attack that is currently underway that is targeting Google Gmail accounts in a sophisticated way. What's interesting about this specific attack is that it uses a […]

Security researchers found a backdoor in the popular messaging application WhatsApp recently that could allow WhatsApp to intercept and read user messages. Facebook, the owner of WhatsApp, claims that it is impossible […] 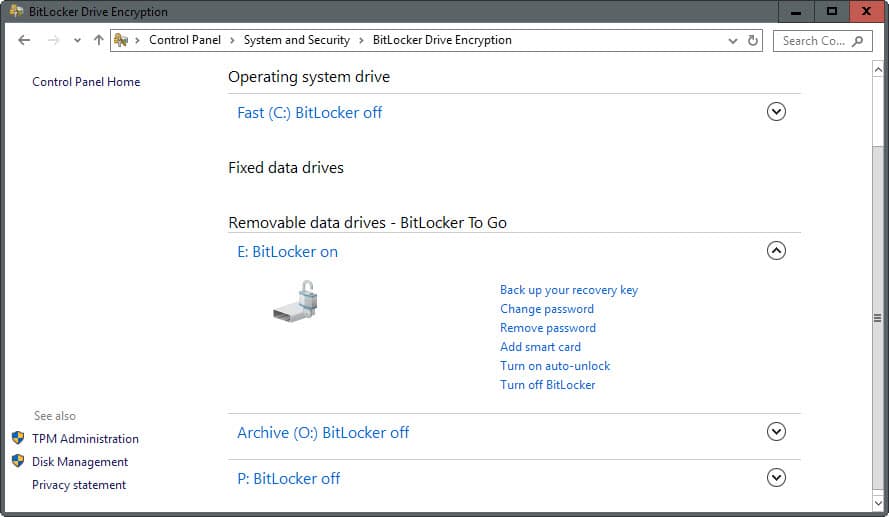 Browser Autofill data may be phished

Most modern web browsers support comfortable features like auto-filling forms on sites using data that you have entered in the past. Instead of having to enter your name, email address or street […]

Ransim is a ransomware simulator for Windows that simulates attacks of ten ransomware families against the computer system. Ransomware is without doubt a relatively new threat category that has gained some prominence […]

Netgear has released the first batch of production firmware fixes for company routers affected by a serious security vulnerability. Cert issued a warning on December 9, 2016 that several Netgear routers are […]

Avira Password Manager is a new security product by German company Avira which is probably best known for its antivirus offerings. The password manager niche is crowded, and if you want to […]

Malwarebytes 3.0, released a couple of days ago, marks a big jump from the company's previous policy of releasing individual security tools. Instead of offering Malwarebytes Anti-Malware, Anti-Exploit and Anti-Ransomware as individual […]

A recent password use study by the German Hasso-Plattner-Institute of roughly 1 billion user accounts concluded that 20% of users were reusing passwords. Additionally, 27% of users used password that were nearly […]

Malwarebytes 3.0 is a new product by Malwarebytes, makers of security software that unifies the company's main security products in a single program. Home users had the choice between three different products […]

If you needed another reason not to use Flash anymore, a new security report by Recorded Future may convince you to consider this at the very least. The company analyzed 141 exploits […]

BitLocker bypass on Windows 10 through upgrades

A security researcher discovered a new issue in Microsoft's Windows 10 operating system that allows attackers to gain access to BitLocker encrypted data. A post on the Win-Fu blog highlights the method. […]

Microsoft plans to discontinue support for its Enhanced Mitigation Experience Toolkit in July 2018, and won't release a new version of EMET either. This makes EMET 5.51 the last release version of […]

Malwarebytes Telecrypt Decryptor is a free program for devices running Microsoft Windows to decrypt files that are encrypted by the ransomware Telecrypt. Telecrypt is a rather troubling piece of ransomware that is […]

We reported back in June 2016 that KeePass, a popular password manager, was getting a security audit by the European Commission's EU Free and Open Source Software Auditing project (EU-FOSSA). EU-FOSSA is […]

Your browsing history may have been sold already

Add-on companies are selling the browsing history of millions of users to third-parties according to a report that aired on German national TV. Reporters of Panorama managed to gain access to a […]

Malwarebytes, makers of the popular Malwarebytes Anti-Malware, Anti-Exploit, Anti-Ransomware and other security tools, announced on October 19, 2016 that it has acquired AdwCleaner, a program for Windows designed to clean adware from […]

VeraCrypt 1.19 is the newest version of the popular open source data encryption program that many users switched to after TrueCrypt was discontinued back in 2014. The application is based on TrueCrypt […]