Microsoft confirmed yet another bug for recent versions of its Windows 10 operating system. The bug may lead to forced reboots on affected systems and is the latest in a series of issues affecting several supported versions of Windows 10.

Microsoft released cumulative updates for supported versions of Windows 10 on the second Tuesday of the month. The number of issues has grown since that release and these affected all supported Windows 10 versions and not just Windows 10 version 2004, the most recent version of the operating system.

The most recent issue affects devices running Windows 10 version 1809, 1903, 1909, and 2004. Microsoft added the issue to the list of known issues for these versions of Windows 10 on its support website. The issue is confirmed for the Patch Tuesday cumulative updates and the out-of-band update that Microsoft released a week later.

The description is identical in all cases. It states:

The Local Security Authority Subsystem Service (LSASS) file (lsass.exe) might fail on some devices with the error message, “A critical system process, C:\WINDOWS\system32\lsass.exe, failed with status code c0000008. The machine must now be restarted."

Microsoft provides no explanation for the issue and it is unclear why LSASS would fail on some systems. The company says that it is working on a fix for the issue and that it plans to release it with an upcoming update. A likely target for the update is Patch Tuesday of July 2020, but that would mean a release in 20 days.

Administrators who manage affected systems may want to consider uninstalling the cumulative Windows Update that is causing the issue. Uninstallation, and subsequent blocking of the update, should resolve the issue. Downside to the removal is that the latest security updates are also removed from the device if the update is removed.

Here is a quick overview on how to remove updates on Windows 10 devices: 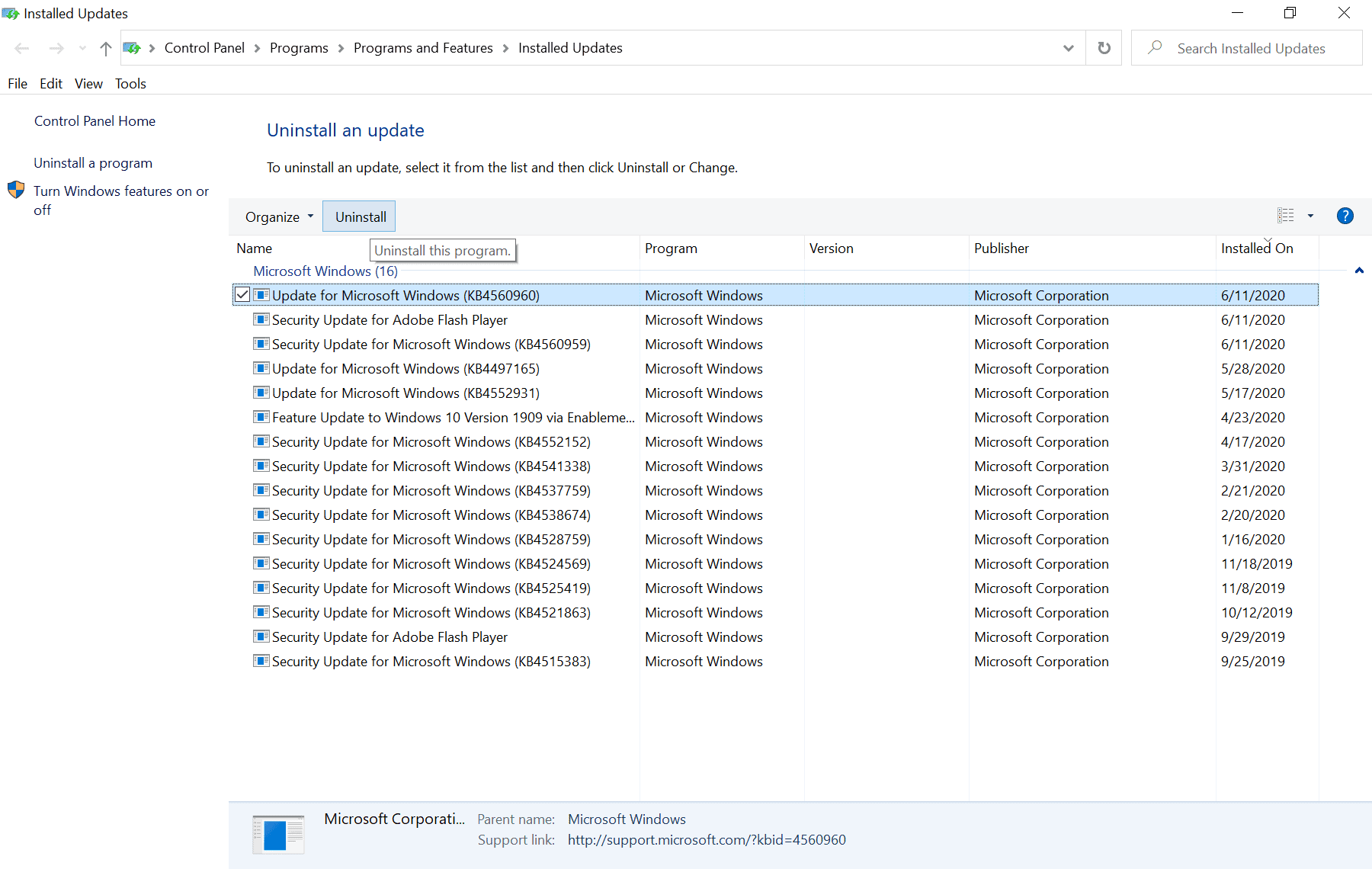 Now You: Did you experience any Windows bugs recently? (via Windows Latest)

Article Name
Add a forced reboot bug to the list of recent Windows 10 issues
Description
Microsoft confirmed a new bug that is affecting Windows 10 versions recently. The issue may initiate a forced reboot on affected systems. A fix is being worked on according to the company.
Author
Martin Brinkmann
Publisher
Ghacks Technology News
Logo