Developers of the open source cross-platform BitTorrent client Transmission have released Transmission 3.00 this week. The new major version of the program introduces several new features and improvements, as well as fixes for various issues.

Transmission 3.00 is already available on the project's GitHub project page. Just select the correct version, e.g. transmissino-3.00-x64.msi for 64-bit versions of Microsoft's Windows operating system to download the package to the local system. 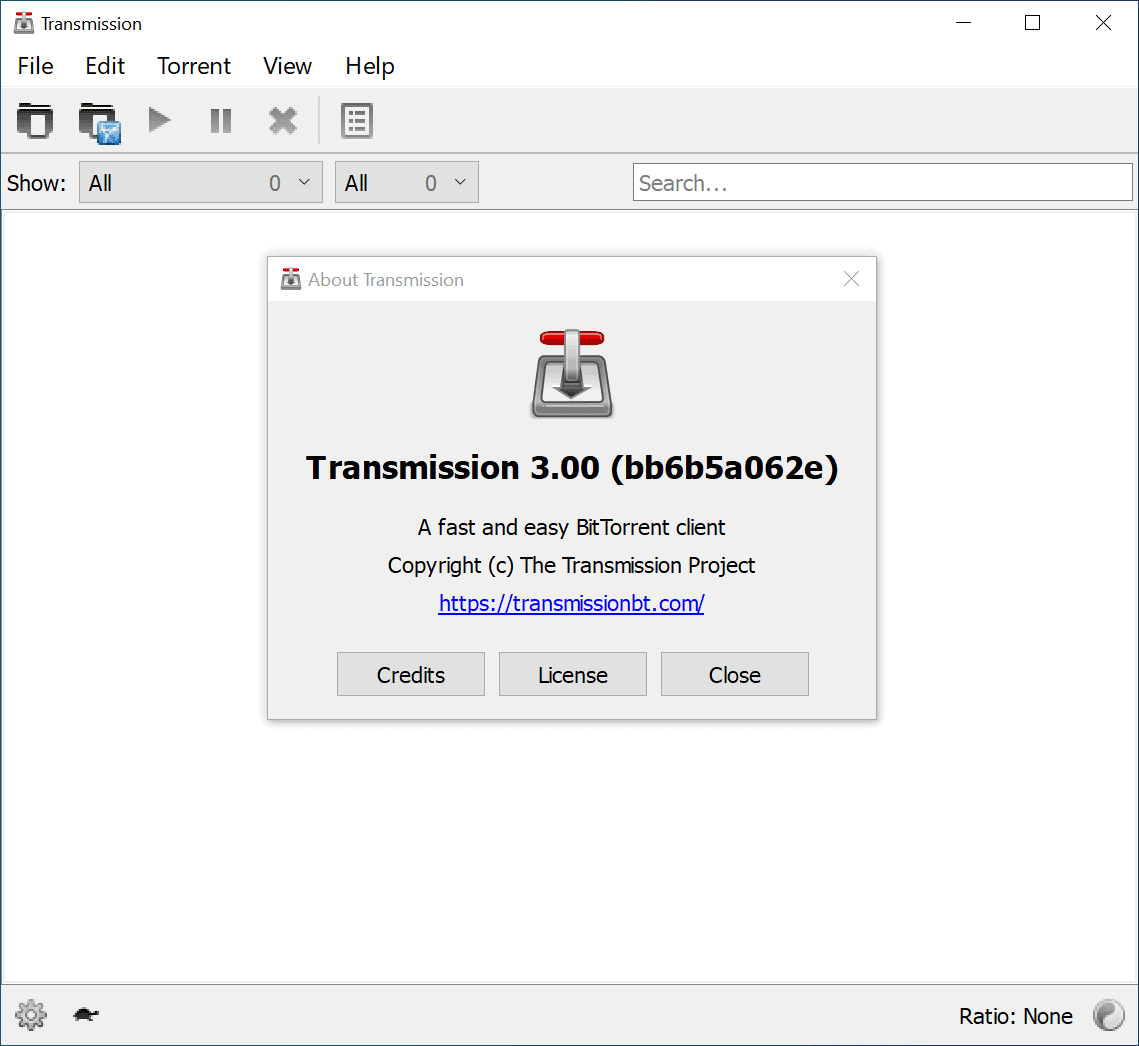 Windows users can install the new version so that existing installations get upgraded automatically. The upgraded version picks up all existing torrents and settings after installation.

Transmission can be run in several ways. Desktop users may install a client and use it on the desktop machine; other options include using a Web UI to control the client remotely, or running a headless daemon.

Transmission 3.00 is a major new release that introduces new functionality. Among the noticeable changes is support for TCP_FASTOPEN which may speed up things somewhat, RPC server IPv6 support, use of a temporary session ID to better determine whether a session is local or remote, and improved HiDPI support of the Qt client.

Existing users may notice other changes. The idle seed limit range has been set to a maximum of four weeks in all clients by default. Windows users benefit from improved completion scripts execution and error handling, and added support for .bat and .cmd scripts. These scripts may be executed automatically after files have been downloaded to the system.

Windows and Linux clients support queue up and down hotkeys in the new version. In the Qt Client, torrent properties memory usage has been reduced, and there are updated translations for several languages including Danish, Green, Slovenian and Norwegian. On Windows, CA certs are loaded from the system store to address issues connecting to HTTPS trackers.

Transmission 3.00 fixes several issues in clients and tools. The progress sorting option has been fixed on Windows, and a torrent dropping bug has been fixed as well.

You can check out the entire changelog her.

Now You: Do you use a torrent client? If so which, and why this client?

Previous Post: « Microsoft Edge 83 with Extension Sync and other improvements launches
Next Post: eBay is port scanning your system when you load the webpage »